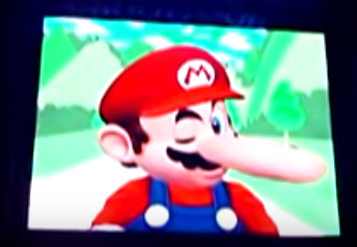 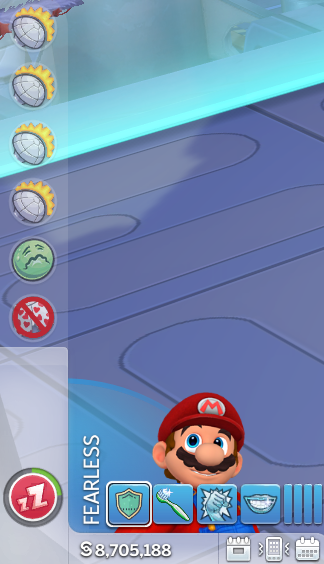 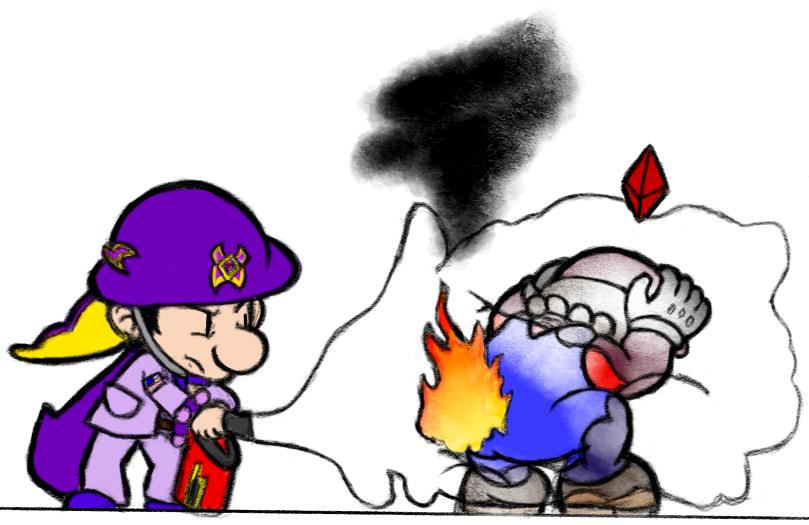 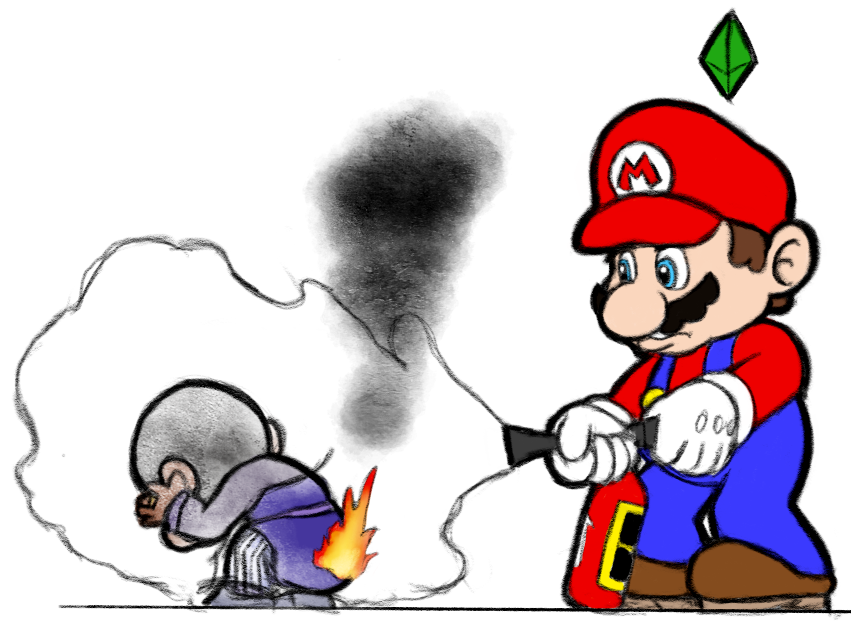 If you have made it to the "About" page, then I'll congratulate you by killing Wario. Every time you visit this page, a Wario gets sacrificed to the bird gods so I can live another few weeks. If you don't visit the page, then I'll have to kill Wario myself. Not a bad way to live, huh?

This is the OC (LeftyGreenMario) that represents me! It's kind of weird, though since I'm a cis woman. 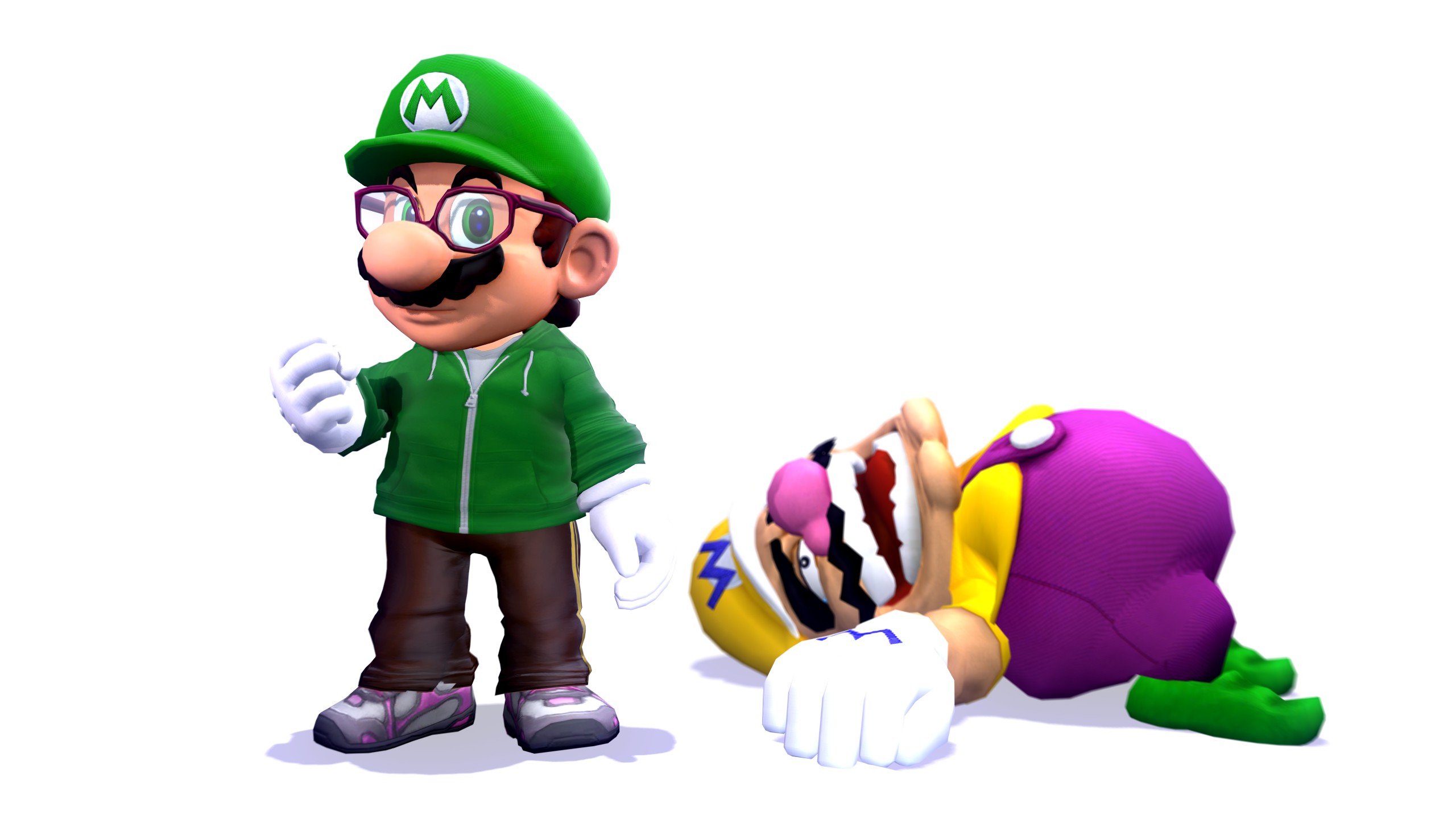 I do 3D modeling, bird watching, drawing, and of course, video gaming. Mario is my favorite character of all time, if that wasn't obvious enough.

"Bazooka Mario" is my wiki alias. I also use the character in the roleplay arc. He calls himself "Zuka" to avoid drawing attention to the explosive aspect of his name. This is a sketch of him. He works with bombs every day, so with that attitude, everything in life is comparatively mellow! He also knows the wild birds around here, so he gets oddly specific with birds he sees. 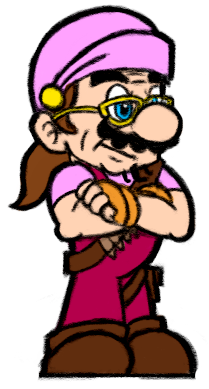 This is one of my Car Wash OCs, Mayro Maroi. He's a seasoned critic who likes... well, well-seasoned food! But he likes bland food even more. He's actually friendly and cooperative (though absolutely humorless) in spite of the rebellious appearance, deformed face (he has a swollen eye, it's even pinkish) and his perpetually angry facial expression, but if you somehow managed to be enemies with him, you might be subjected to his utter wrath.... 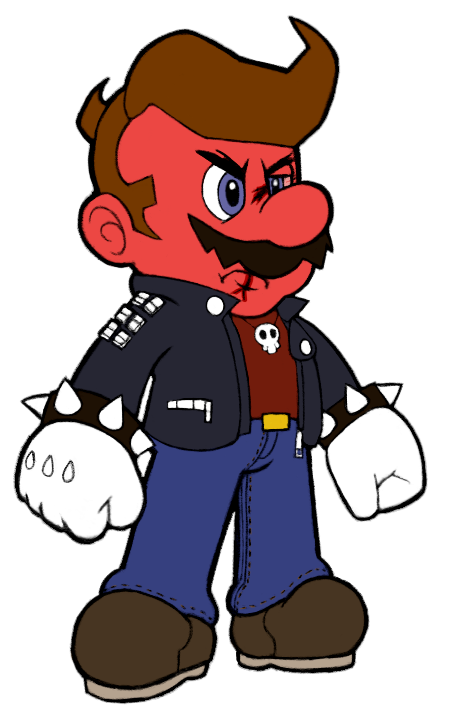 And this is one of his alts. He's not NORMALLY a crossdresser but he was in an event where participants cross-dress, and this was his idea! 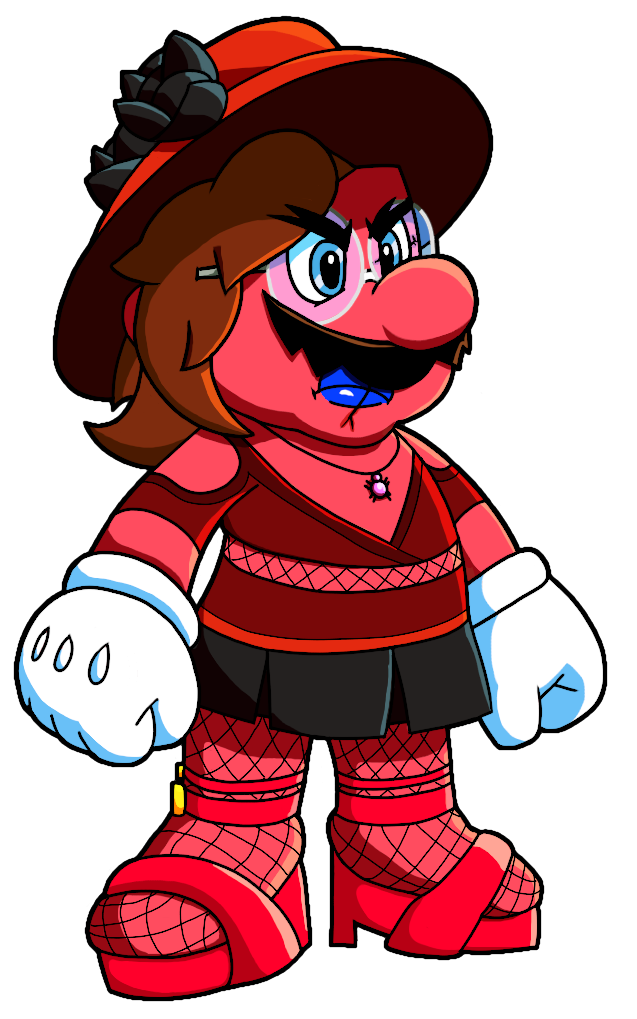 And if you're one of the lucky few who has visited my page, you'll know he has a brother named Louis. He's quite the techie, and he loves dancing. According to him, people ought to slow down in life and chill. He has pervasive and deep-seated anxieties, though, but he manages through a lot of deep breathing!

You'll also know Teecruh Crawley is an anthropomorphic crow who appreciates fine art and the taste of everything, even spoiled bread in a garbage bin! She spends a lot of time reading, and she loves puzzles and riddles as well as a bit of mischief, like crows naturally are. 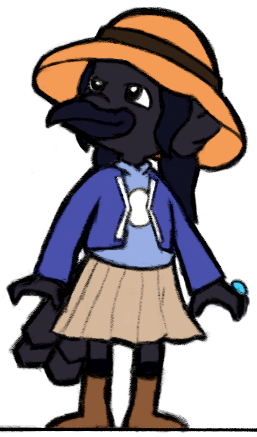 Any picture of me (or anyone else) is copyright of Nintendo because they said so! Muahahahaha.