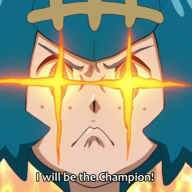 Retired Wiki Staff
I choose these remakes as they are well know popular games on the home console.

I originally posted 'Earthworm Jim' before realizing this wasn't in Console or Handheld gaming, at which point I changed my answer to Diddy Kong Racing.
Credit to Edofenrir for the middle image below.

I wouldn't say the DKC remakes all together are the worst, but the DKC2 remake was pretty bad.

Here's my say on the remakes. These are just my opinion:

Super Mario Advance: I actually loved the remakes. They added much stuff, plus voices, which made the game sound more lively and funny. Besides, they also give me a chance to play the classic games, but that's the point of remakes, isn't it? I liked all of the Super Mario Advance games I played.

Donkey Kong Country GBA: I never played the original, nor the remakes. I have no say in this :P

Super Mario 64 DS: I enjoyed the game and I liked it even more than Super Mario 64, though mainly the reasons is that is easier and Luigi is playable. I love playing as different characters, too, though it may annoy others. My opinion: very similar to the original, but way more stuff added.

Diddy Kong Racing DS: I didn't like the voices in the game, nor how you do the boost at the beginning of the ace, nor the balloon touch challenge (though they are better than Silver Coins, in terms of difficulty). The upgrades to the kart are nice, and same thing with the unlockables (though I mainly use Pipsy). The new courses are all right. I didn't like it how they replaced Pirate Lagoon's music.

I can't really make any judgments because I've only played Super Mario 64 DS. I thought that one was kinda bad though.

Forum Moderator
Wiki Bureaucrat
Former 'Shroom Staff
The Super Mario Advance series is very good for what it is, I don't see why it's on the poll. I guess the new voices samples are annoying but I got used to them.

SM64DS I mostly liked as the touched-up graphics looks good and the new content is decent and fits generally well with the original. The multiple character thing was mostly a gimmick and switching between them could be annoying in the endgame, but it was nothing game-breaking. I didn't have a problem with the controls, either.

The DKC ports are pretty sad as they are hit the hardest with display and sound limitations, which is bad since half of the DKC's series trademark is its excellent audio-visual presentation. And most of the content they add are impossibly inane fetch quests and boring, shallow, cheap-looking minigames. The DKC3 one is a bit better, though.

I haven't played either versions of DKR, but the remake does look pretty damned bad.
Rest in peace, Walkazo.
J

Diddy Kong Racing DS. I loved Diddy Kong Racing, that was one of my favorite childhood games. But what the hell happened? Taj turned from a funny Indian to a lame Brit. Wizpig actually looked intimidating in the N64 version. And you can race as both of them for some reason. The game feels like it got dumbed down a tenfold and is too easy. The hovercraft handles...well that's an oxymoron cause the hovercraft has no handling. Silver coin challenges got replaced by some 5 year old nonsense. That saved me a lot of time from constantly re-doing courses like Windmillville but where's the challenge? And thanks to the Rare-Ninty split Banjo and Conker were excluded. Ugh.

Still, I liked the new courses and the upgrades to your vehicles in Diddy Kong Racing DS. They were pretty cool. I disliked how character specific colors are gone, though.
(He/Him | She/Her) RIP B. "Walkazo" Dalziel. December 16, 1991 to March 27, 2016.

Super Mario 64 was the best game on a console, in my opinion.
Nintendo fucked the game up a lot in the DS version, so I voted for Super Mario 64 DS.

The only one of these I played was Super Mario 64 DS, so I'm not voting.m

I would probably vote for DKRDS too because the character voices are weird, the coin challenge was replaced by some lame balloon popping thing, and because Conker and Banjo weren't there. The game was also much easier than the challenging original.

If all of the DKC remakes weren't put together in the poll, I would vote DKC2 as the worst remake. The GBA version had bad sound quality, annoying character voices, crappy graphics (the background was too bright), and lacked any new levels at all. However, the remakes of DKC and DKC3 were fine, especially the DKC3 remake, which had good sounding music (although it was completely different from the original) and some nice, clear graphics. It also had six new levels and a new boss, which is great. The new levels were pretty fun too.
P

YamiHoshi.nl said:
Super Mario 64 was the best game on a console, in my opinion.
Click to expand...

One DKC remake in particularly was just terrible. I won't say what it was because people maybe huge fans of this game and I don't want some angry messages.

Honestly, I don't hate any of 'em. I liked Diddy Kong Racing DS just because I can go "FALCON PAWNCH" whenever I attack.