I was too young to fully appreciate this game but it's a true masterpiece.

My favorite memory was the first time I fought Macho Grubba. The entire place was empty for once and the screen was buzzing from interference, which I thought was a really cool effect.

(did Tabuu just post in Marioverse?)
That game was impressive for a Mario RPG. Even if some parts are incredibly annoying (Farh Outpost.)

Thousand Year Door was one of the best games for the Gamecube, hands down. There are so many good elements in it that make it a wonderfully well-rounded game.

My favorite attack is still the Earth Tremor, which always looks impressive and I always ace the action command.

Dr. Javelin said:
My favorite attack is still the Earth Tremor, which always looks impressive and I always ace the action command.
Click to expand...

I always preferred using Art Attack since it can deal a fairly large amount of damage if you manage the action command perfectly  21.

I had a file that was at level 85, but that was lost since I couldn't find my memory card, so I will have to grind up those levels...AGAIN...*sigh*.

On this level 85 file, I had some really, really awesome badges: two Unsimplifiers(yes, two of them); two Jumpman badges; All or Nothing; a MASSIVE amount of HP Plus P badges, which I had so many of that I could boost Bobbery's HP up to a staggering 85; an equally MASSIVE amount of Power Plus P, and those could make my

easily kill an Amazy Dazee with no real effort; two P-up D-down badges, because seriously, who needs defence when you are so powerful that the enemies can't even get a turn; eight FP Plus badges; Spike Shield; and any other badge that I might forget about that helps whenever you plan to only use jumps. This literally made me fucking unstoppable.

I also tried the 'Danger Mario'-approach  which is essentially when you decrease your max HP to 5, and then equip a bunch of Close Calls, Power Rushes, three Multibounce badges(because that increases the power's attack)  for awhile, and I found it satisfactory.
N

I want to get this game really soon, but it's very hard to find.

I'm going to restart this game soon. What's your level up strategy?

Chat Operator
Retired Wiki Staff
Fight every enemy, and upgrade your FP/BP more than you upgrade your HP. Explore everywhere, because you might find a sweet badge or two if you do. Get the charm, and pay full prize for it so that you can get it as many times as possible before renewing it.

I really wish that I had this game.. Looks epic to be honest.

It is. Super Paper Mario is also just as epic

Paper Mario 2 still stands as my favourite game of all time. I've played it through countless times and still enjoyed it. Some memories:

Macho Grubba: Sat and listened to music for a solid 5 minutes

Twilight Trial: this is hell if you didn't know how to handle it. Those daisys should die. A Flower Saver badge and learning how to dodge the daisys attacks is ideal. As well as the hammer badge that ignores defense for the clefts.

Macho Grubba 2: My first rn through I was really weak, only upgrading health and had no sense of how to use badges. Yet I still won, m first try too, and on my second, more balanced save file I lost once. It's strange.

Final Chapter: My friend came over and we sat down and played the game. He'd never seen it before so he was interested. We figured out the puzzles in the tower of trials and got destroyed by he Shadow Queen on our first try.

I would say ths game stands at the top of my triforce of awesome.
hi

I have good memories of the Glitz Pit

Oh man, that game was nowhere as good as it should have been.

I have started replaying the game and I am on the intermission after Ch. 3

My cousin has the port for it for the Wii, and I think the next time I see him, I'm going to borrow/steal/keep the game from him. That and SSB Brawl. 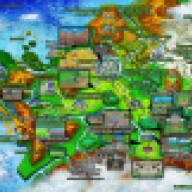 well i think Paper Mario and the Thousand Year-Door is the best game i've ever played (and the Best Mario Game ever made! :D) and my favorite Chapter/or memory whatever, is Chapter 6! it's the best chapter in the game, it has The Excess Express :D and the Smorg is like the easiest boss if you upgrade BP a lot! (and have 2 or 3 power plus's on lol) and yeah i really like trains :D my 2nd best is Chapter 3 it was ok but i couldn't find another better chapter :P the best music in the WHOLE GAME is X-Naut Fortress! the best! sooo yeah Paper Mario and the Thousand Year-Door is the best game ever!! (besides the fact that on the Pit of 100 trials it took me 2 hours to get to Level 98 and DIED! i was soo mad i didn't play the game for like a year lol xD)
Shiny Porygon-Z and Shiny Hydreigon are the best pokemon ever!! period. :l lol

I am currently replaying it again.

also my Yoshi Kid color is Dark Blue and his name is "Stooben".

I now can kill amazy dayzees... I equip a buncha of badges that make my jump stronger... and then I fight one. I attack it in the first turn... then use rally wink and then attack the amazy dayzee again. 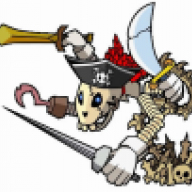 I always wanted to play this game!
I have a wii got TTYD and guess what didn't work...

My wii broke
Then got a real cheap new wii

DragonFreak said:
My cousin has the port for it for the Wii, and I think the next time I see him, I'm going to borrow/steal/keep the game from him. That and SSB Brawl.
Click to expand...

There is a port?

That's the thing. SPM is kind of like SM3DL to me: both were fun, but they were disappointments.

it makes each jump do like 7/8 damage when equipped with Power up defense down badge, all or nothing badge and power plus badge.