No one could bring me a better birthday present. While Armada may never return, oh the nostalgia.

Retired Wiki Staff
That better be the version of T.O.M. they use.
[...]This is the best weekend I've had since Salem.
M

This + Cartoon Planet = I forgive you.
MAGIK IS GONE
L

... it's kind of sad how I didn't care for Toonami in the first place, right?

they will air it GP.

Retired Wiki Staff
It looks like I now have a reason to watch TV again.

Lario said:
... it's kind of sad how I didn't care for Toonami in the first place, right?
Click to expand...

In the words of GP, I agree.

You know. I had lost fate when it came to cartoons (Cartoon Network has like action shows. WTF?!) But now, I've regained confidence with Toonami coming back. Now I can finally catch up on the Buu saga.
M

What shows will they have?

One Piece, perhaps?
MAGIK IS GONE

You are the best people to ever exist in the entire universe besides Shoey and Smasher.

...This is possibly one of the greatest days of my life. I literally thought we would never have the chance to see tis return, but I'm pretty glad that I was wrong. Looks like I need to dust off my TV's cable box now.

Since my brother's birthday falls around this time, my present to him is getting to see DBZ on TV. (He's a really big fan and has only seen Kai and GT)
M

Apparently, this is the lineup.

Magikrazy said:
What shows will they have?

I can only hope. 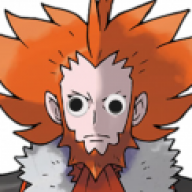 Magikrazy said:
Apparently, this is the lineup.

Sounds pretty decent. But will it be over here in the UK on the same day?

Magikrazy said:
What shows will they have?

Yes, yes, yes, yes, YES! I LOVE ONE PIECE! I still read the magi to this day after Toonami canceled its airing.

However, I am personally hoping for American action shows, specifically super hero ones. I'd love to see Spectacular Spider-Man on there like how they used to show Justice League and Batman Beyond.

I only watched Toonami for Transformers: Armada.

Armada was awesome. One of the best Starscream incarnations.

Not to mention it introduced Sideways.

Retired Wiki Staff
Hey guys, I was listening to this podcast:

It's the One Piece Podcast; the guys in this podcast are going to make a Toonami Podcast this weekend, though. Anyway, they said during the news segment that the guy who came up with Toonami said on his Twitter feed that the reason why Naruto and Dragon Ball Z aren't on this Toonami is because they're currently owned by the "competition". They also don't own the rights to One Piece, though nobody really owns the TV rights to that, since it's not on TV anymore...

Most importantly, though, he said that if this experiment is going to work, this needs to be a ratings hit. So basically, if you want to see more shows and more Toonami, you better tune in and watch it!