What is the best Mario Kart Game? 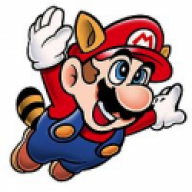 You can also explain your opinion in here by posting.

Id myself say Mario Kart DS:Semt the most easy to play and no item abuse, plus versus mode is always fun, I have mastered that game, I almost always come in first on 150cc hard

EDIT:I added the other Mario Kart games, you can change your vote if you want

HOW ARE WE SUPPOSED TO KNOW IF MARIO KART 7 IS THE BEST IF IT ISN'T EVEN OUT YET?
epic

Yeah I can't really give my opinion on the 3DS game until I get it. And that will probably have to wait until Christmas. and not even directly after it's out can you really say which game is better. You have to give a new game at least a month and see if it holds up against any of the older games. Because not only can you not say after going through the courses only the first time what you think of the game (You can't just say after playing through the courses and how well you did all the courses for the first time and say a game is the best or it sucks) but you need to give it time after you've experienced all the courses and judge if they're overall better then the other games courses. Not to mention you gotta give the Online Multiplayer a shot and compare that too, and the options like customizing your kart.

MKWii's the best because it has easy controlls and MKDS is all about snaking.


Pinkie Pie said:
HOW ARE WE SUPPOSED TO KNOW IF MARIO KART 7 IS THE BEST IF IT ISN'T EVEN OUT YET?
Click to expand...

Well for starters, it lacks the 1 player VS Mode that Mario Kart DS and Mario Kart Wii have.

Um.. from what I've played Mario Kart Wii because it expanded in controls, graphics and playing style and MKDS is basicaly just another Mario Kart with brand new courses

I have to say Double Dash certianly was starting a tradition in the MK series. It most certainly became a standard to the series and I think it should be included on the list

I really like MKDS because I've managed to play it enough to have no trouble on 150cc Hard, except for when your hit with 3 Blue Shells in a row or Red Shells, it happens alot to me as well which sucks. And yes, I snake in MKDS. It's not really a bad thing to snake, since it just shows that you've taken the time to learn how.

MKWii was great, I still play it with friends over Wi-Fi and the tracks were very interesting, it also brought Tricks in which make it much more fun. It's a good game but it's not something I'll just play in spare time, its only something I play with friends. The drifiting on it is hard with the Wii Wheel so I never learnt (Fun Controls > Boring Controls) and unlike MKDS, I never bothered to finish 150cc since it was boring me.

MK7 looks great, lack of single player VS Mode will suck because I'm the kind of person to play a track I feel like playing and thats it. But the new tracks and Glider/Submarine parts will keep me occupied while I learn how to use them to their full potential. My only gripe is that all the characters are unlocked in 150cc which means I'm puzzled between playing it in order or going straight to 150cc to unlock characters. I'm leaning more on the side of in order.
hi 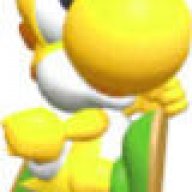 I think Mario Kart 7 will be best..
Yeah,MK7 is very very creative...you can see it througt this game's screenshot and videos..
But my classmates prefer Mario Kart DS to Mario Kart 7...I don't know why..

The creativity is limited though.
Make a Kart
The End.

MKDS, because both Wii and 7 ruined Balloon Battle.

First of all, you haven't even played it yet. WHY WOULD YOU COMPLAIN ABOUT SOMETHING THAT'S NOT EVEN OUT YET!!!!!!!!!!!! It's plain nonsense to complain about something that you've never played.

I think MKWii is the best
N

Please add an Other option for my vote please

I had the most fun with Mario Kart: Double Dash!!. A very unique and enjoyable addition to the Mario Kart series.

If it wasn't for Funky Kong and Daisy spammers on Mario Kart Wii, that would be my favorite (I still enjoy going online though). Mine is Mario Kart DS.

The creativity is limited though.
Make a Kart
The End.

Less limited than the past Mario Kart games.

I can't tell which one is the best yet as Mario Kart 7 isn't released yet.

MKWII
LOVE IT!IT IS SO AWESOME!
8) Though DD was good

Chat Operator
That's a hard one, I had a lot of fun with Mario Kart DS, Double Dash, and Wii.

For now, I'll abstain from voting, as I don't know how good Mario Kart 7 will be.

It's a toss up between Double Dash and Wii, so I used Eenie Meenie and chose Double Dash.

Wiki Patroller
Mario Kart Wii. Why? Because it's the only one where I can hack it and change the music and colors to my tastes. That's a no brainer. No other Mario Kart could make quite a claim like that.
(He/Him | She/Her) RIP B. "Walkazo" Dalziel. December 16, 1991 to March 27, 2016.