Make your own Assist Trophy.

Just make your own Assist Trophy.

Anyway, some my ideas are;

Name: Roll.EXE
Series: Megaman Battle Network
Effect: Roll attacks whichever opponent is closest to her and deals a fair amount of damage, although the chances of scoring a KO are narrow. After attacking, she drops a heart on whoever summoned her, healing their damage percentage by 100.

Name: GutsMan.EXE
Series: Megaman Battle Network
Effect: GutsMan pounds the ground with his fists and anybody standing on the floor will take severe damage. The chances of a KO being scored are almost guaranteed. Although anybody not standing on the ground will be unaffected.

Name: Protoman.EXE
Series: Megaman Battle Network
Effect: Protoman will attack every opponent on screen with his sword and if multiple opponents are standing next to each other, they'll be attacked multiple times (i.e. if 2 characters are standing next to each other, Protoman will attack both characters twice). A heavy drawback though is that he can also attack whoever summoned him.

Name: Airship
Series: Super Mairo Bros.
Effect: An Airship will fly into the background and continuously shoot cannonballs, they deal a lot of damage, but are easy to avoid. Also, some green Koopa shells will fly across the stage horizontally.

Name: Chef Kawasaki
Series: Kirby
Effect: Chef Kawasaki will cook up some food and throw them all over the stage. They can be picked up by any character to restore their health.

Wiki Patroller
Baby Mario and Baby Luigi use the Pocket Chomp, go back and forth in the stage. Either the Chain Chomp, Baby Mario's jumping, or Baby Luigi's Hammer will hurt opponents.
(He/Him | She/Her) RIP B. "Walkazo" Dalziel. December 16, 1991 to March 27, 2016.

I still prefer having the babies playable, but that's a cool idea, nonetheless.

Wiki Patroller
Bowser Jr. will suck almost as much as Tingle using bananas then, except that it affects opponents. I think he should turn into Shadow Mario and attack people using the paintbrush.
(He/Him | She/Her) RIP B. "Walkazo" Dalziel. December 16, 1991 to March 27, 2016.

Name: Kamek
Series: Mario/Yoshi
Effect: Kamek flies around the stage and can change the stage's terrain, or he can make all the characters either giant or small.

Kamek is an excellent idea.
A Pyro Guy or any other fire-type thing in any series lights half the stage on fire, dealing severe damage to anyone burned and destroying that part of the stage. Although, the part of the stage comes back after 30 seconds or so.

The Magic School Bus said:
Me too, but if they're not, they should at least be Assist Trophies
Click to expand...

Name: Shadow Character
Series: SSB
Effect: It releases shadow bugs from SSBB which turns into a shadow clone of you, and attacks you.

GUTSEH Come back to my Hangman thread.

A Banjo Kazooie assist would be nice.
Steam • Backloggery • PSN •

Name: Tails
Series: Sonic the Hedgehog
Effect: Tails jumps out and flies off screen. Think he did nothing? Watch what happens the next time you fall, Tails carries you back onto the field which could be very helpful in Stock Battles. Would be rather rare, and is useless for stages you can't fall down. Tails does not save you if your flung to the sides or into a star/hit the screen. While being carried you don't have control of where your going (Tails will just get you closest to the stage as possible) but you can jump off at anytime in case your scared your foe will hit you while being carried by Tails since Tails only saves you once after being activated.

Name: Knuckles
Series: Sonic
Effect: Knuckles has one of 3 effects:

1. He will simply punch a random opponent resulting in heavy damage and knockback.
2. Knuckles will break every obstacle on screen, as well as smash open any barrels and crates.
3. Knuckles digs underground and gives an item to whoever summoned him.

Baby Luigi said:
Bowser Jr. will suck almost as much as Tingle using bananas then, except that it affects opponents. I think he should turn into Shadow Mario and attack people using the paintbrush.
Click to expand...

I have a better idea. Playable character. Also God-tier.

Name: Cosmic Character
Game: SMG2
Effect: Randomly chooses one opponent and creates a cosmic copy (like Cosmic Mario in SMG2) of them that follows their every move, inflicting damage and stunning slightly.

Name: Dimentio
Series: Paper Mario
Effect: Dimentio appears and teleports all the players to a different stage for the rest of the match, unless he gets summoned again (which sends everybody to yet another stage). Does not affect lives, KOs, etc.

Name:Yoob
Series: Mario and Luigi
Effect: Yoob eats other players and deals massive damage then spits them out 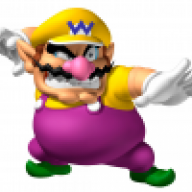 Name: Hardman
Series: Megaman 3
Effect: Hardman is the heavy weight with three tons however He is the most powerful robot master with the firing Hard Knuckles, enter to use the earthquake pound, He is strongest Body made by ceramic.
I the Warioware time, We have don't like enemies.

Name: Princess Daisy
Series: Mario
Effect: Walks around the stage with an orange sphere around her similar to Gardevoir's. Anyone inside the sphere will grow flowers on their heads.

Name: Toad Brigade
Series: Mario
Effect: They take out their Starshroom which lands where ever they are, dealing damage to anyone there. They all then board the Starshroom and fly up and is able to take anyone with them. After a few seconds they land back down at the center of the stage.

Pandapow said:
Name: Toad Brigade
Series: Mario
Effect: They take out their Starshroom which lands where ever they are, dealing damage to anyone there. They all then board the Starshroom and fly up and is able to take anyone with them. After a few seconds they land back down at the center of the stage.
Click to expand...