Who is your favorite Koopaling? You can choose three. After you vote please post your favorites, in the order from #1 to #8. Feel free to change your vote. Discuss too!
My Order:
1. Larry Koopa
2. Ludwig Van Koopa
3. Bowser Jr.
4. Iggy Koopa
5. Morton Koopa Jr.
6. Lemmy Koopa
7. Roy Koopa
8. Wendy O. Koopa
you fine people should hit me up on steam or something


Mason said:
Shouldn't this be in Marioverse? And where's Bowser Jr? I know he's not an original Koopaling but...

Anyway, from best to worst:

F**K I always make that mistake!
I don't think Bowser junior is a koopaling, but I will change it to "Favorite of Bowser's Children"
BTW youcan choose 3, you may want to change your vote.
EDIT: I reset the polls so now you should re-vote and added Bowser Jr.
you fine people should hit me up on steam or something

Why do you not like Larry Koopa?
Just asking. I didn't like him a first, but then I started to like him more and more, then he was his favorite.
@ A Mod: Can you move this?
you fine people should hit me up on steam or something

This belongs in Marioverse.
Lord of the Fighter Flies Signups

QuizmoManiac said:
@ A Mod: Can you move this?
Click to expand...

My favorite is lemmy and only lemmy.

I choose lemmy and only lemmy.
I think about you guys often. Hope life is treating you well. Thanks for being some of my closest friends, Marioboards <3

Looks like every body except Roy Koopa and Morton Koopa Jr.have got votes It's von, not van. Anyway here is my order:

Ludwig becuase I like his hair, Lemmy's so tiny and adorable, Bowser Jr because he is like all the koopalings into one, and is awesome, Iggy becuase I like it that he is crazy, Morton and Roy because they have cool colors, then Larry because he doesn't look like much, and then Wendy because she is just ugly
V

It's actually "van" in the German Super Mario World strategy guide, interestingly. I guess they decided "von" wasn't original enough in a country where it actually semi-commonly appears in real names.

Anyway, best to worst (this was rather hard cause every source portraits these characters differently):

1. Larry - He's handsome and a vegetarian (in fan fiction at least) and I had a crush on him back then :S
2. Wendy O. - Female Koopas are strangely awesome.
3. Iggy - He's typically fairly insane, and so am I %3
4. Lemmy - Mainly because of Lemmy's Land, although I haven't been there in ages. He's fairly cute actually, and I like the whole "circus ball" thing. Rather crazy, too.
5. Ludwig - Wasn't sure which place to put him on. His fan fiction interpretation is usually very unsympathetic, but his cartoon version is a lot more likable.
6. Morton Jr. - Don't hate him, but don't care much about him either. Oddly, he and Roy seem to be the ones nobody appears to care about.
7. Roy - Pretty much every interpretation portraits him as a selfish bully, i.e. the type of person I absolutely can't stand, so yeah.
8. Bowser Jr. - He never struck me as particularly original or creative (heck, his entire design is nearly identical to Baby Bowser), and I don't see anything sympathetic about him. He seems like a stereotypical immature spoiled brat, from what I've seen.

Well, this sums it up pretty much. Going to vote for the first three on the list.
*~~ My deviantART account ~~*​
WiKirby. It's a Wiki. About Kirby.​
Make free donations to charity:
The Hunger Site, Care2 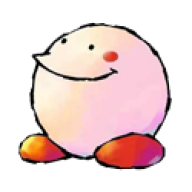 Man, you guys. D: Morton and Roy are my favorites, respectively.

LOOK AT THOSE SUNGLASSES. Look at them.

why? only female, and her bratty spoilt attitude is cute. well she is bower's daughter :P 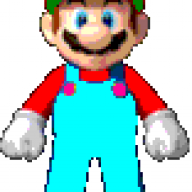 I like all of them, but to put my opinion on them...

Lemmy Koopa - He's so scatterbrained and silly! My third favourite.
Larry Koopa - He seems cute and cheeky (gotta cut out the alliteration). My second favourite.
Morton Koopa Jr - Poor guy has barely got a definable personality aside from being a pure dumb muscle.
Roy Koopa - He's got a bit more, I see him as the overbearing enforcer of the kids.
Wendy O. Koopa - She be stylin'! My fourth favourite.
Ludwig Von Koopa - His voice is kinda cool in the games, different from what the cartoon gave us.
Iggy Koopa - He's a mad scientist to the nth degree, what's not to like?
Bowser Jr - D'AAAAAAAAWWWWWWWWWW. Favourite.
Is Bowser lacking a ponytail a symbol of a special status? His baby form had it, his skeletal undead form had it, his son has it, but he let his hair down.

Why could you possibly hate Lemmy?

Britain said:
Why could you possibly hate Lemmy?
Click to expand...

It's because he's named after Lemmy out of Motorhead. Lemmy is a Potteries' lad. And do you know who happens to be a Potteries' lass? Me. Everybody in the world has some manifestation of Pur-Rulz hate. Whether you know it or not or have even heard of it is entirely by chance.
Is Bowser lacking a ponytail a symbol of a special status? His baby form had it, his skeletal undead form had it, his son has it, but he let his hair down.

Yes it was. But this is a forum, so anyone can join in and have some fun.
Is Bowser lacking a ponytail a symbol of a special status? His baby form had it, his skeletal undead form had it, his son has it, but he let his hair down. 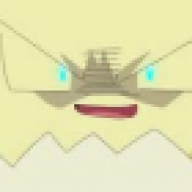 Banned User
Why does everyone like Ludwig? I hate him. He seems like a stuck-up rich kid.
What's inside of me? No one knows. 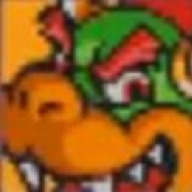 They probably like him the best because he's the oldest. There is somewhat of a prestige that comes with that.

That said, my favorite is Lemmy Koopa. Part of it would probably be NSMBWii's doing. The way they portrayed him as this calm and dangerous imp; Combined with the fact that I loved him in SMW, could be what shapes that.
M

oh but he is

Wiki Patroller
I like Ludwig von Koopa because he sounds funny in NSMBW, and I happen to like orchestrated music, so he reminds me of the famous composer.
(He/Him | She/Her) RIP B. "Walkazo" Dalziel. December 16, 1991 to March 27, 2016.

BabyLuigiOnFire said:
I like Ludwig von Koopa because he sounds funny in NSMBW, and I happen to like orchestrated music, so he reminds me of the famous composer.
Click to expand...