Did you ever have one of these? Most them happen to me in Mario Kart Wii. I end up meeting alot of hackers in Battle Mode. They normally have a "no damage" code on, so they never lose any balloons and chase after you with Stars/Mega Mushrooms. I also once landed on the rampless part of the yellow thing in Chain Chomp Wheel, only to find a guy also sitting there who ran me over with a Mega Mushroom when I tried to see if he was one of those "dummy players" (people who are away from the TV for some reason and get pushed around by other people during the match).

Why would you play Mario Kart Wii's battle mode?
That whole game was an annoying WiFi moment.
This signature officially occupied by the taste of ginger since August 14th, 2009.
Feeling down? You may already be a charge target.

Every time there was a character transformation, it would freeze and we all get disconnected. -_-

Piraka Wario said:
Why would you play Mario Kart Wii's battle mode?
That whole game was an annoying WiFi moment.
Click to expand...

Because I'm good at it. However, my rank never goes past 6000 because of the way the point system works. Plus the hackers make the ranking system all screwed up because they always win unfairly.

Every time there was a character transformation, it would freeze and we all get disconnected. -_-
Click to expand...

That doesn't happen to me...

However, sometimes it just lags quite a lot during a match.

The most annoying moments are how I always end up with the really advanced players in Brawl.
Suéltalo, suéltalo
No lo puedo ya retener
Suéltalo, suéltalo
Ya no hay nada que perder
Que más da, ya se descubrió
Déjalo escapar
El frio a mi nunca me molestó.

When I have a friend over who decides to go backwards on MKWii. Nintendo disconnects us, and my friend is a Guest, so his ranking doesn't go down. Mine, which is upwards of 5500, plummets, of course. 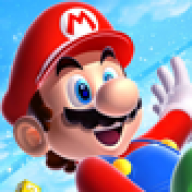 When I try to play Super Smash Bros. Brawl on Wi-Fi Mode, the game lags a lot and it's very annoying. Eventually I would get disconnected too. But when I play Mario Kart Wii in Wi-Fi, I don't think I have encountered hackers. But I have seen videos of Mario Kart Wii hackers on YouTube, they have infinite items and stuff without running into an Item Box. I think they do that by having a cheat thing on the Homebrew Channel. I never hack on Wi-Fi either, I actually play fair without using cheat codes. I am not on Wi-Fi that often anymore though.
Quotes of Fail

"Ninja Turtles 4: Turtles in Time - Released only on the Super Nintendo!"
-Chris Bores, the Irate Gamer

I don't like it when it lags in SSBB, but I'm sure nobody does. 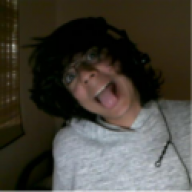 Banned User
On mario kart wii, I saw a guy go through walls to get to the next lap over and over again. OMG, people can do that? I would like to know how? that is sooooooooooo not on!!!

Ms Mowz! said:
OMG, people can do that? I would like to know how? that is sooooooooooo not on!!!
Click to expand...

Ms Mowz! said:
OMG, people can do that? I would like to know how? that is sooooooooooo not on!!!
Click to expand...

Most likely it's so un-professional

What do you mean "most likely"? Of course it's hacked, there's no hidden "drive through walls" mode.

On mario kart wii, me being 1st to 3rd the entire match, then getting blue shelled at the end of the third when 2nd or 3rd (if they throw when you're first it'll go to you anyway), you falling in the abyss because of that, then getting hit by a bullet bill or star while recovering, and then finish last or another very low number, and then get more than 100 points reduced. This has happened twice so far, one of them in maple treeway, once in bowser's castle.

Also lagg in brawl is annoying. 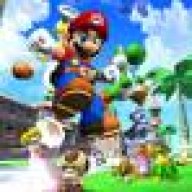 one time I was on MKDS, and I wound up with an opponent with a horribly slow connection. because of this, her Wario Sprite and kart, as well as the map icon, would jump around the screen, both forward and backward, and I could never tell where she was. one time, this lag caused a red shell she shot to leave from a spot 3 kart lengths in front of the sprite, then glide across the track to a point 3 kart lengths in front of me and dissapear like it hit a wall, even though it was in the center of the road. it was crazy, and complete chaos, even though I eventually won every race (though I dont know for sure that I earned it, as each time her sprite was stuck about 1-2.5 seconds short of the finish line when I crossed it) anyway, it was greatly annoying and for the first couple laps of the first race was completely freaking me out.
if your eyes are bad they can shoot lazers at you and give you perfect 20/20 vision. if you lose a limb they can make a new one out of plastic. if your arteries are blocked, they can build a new one and insert it into your body. but ladies and gentlemen, YOU CAN'T FIX STUPID! There's not a pill you can take, not a surgery you can try.. Stupid is forevuh!
~Ron White
S

When you randomly disconnect from Wi-Fi on MKW (This happens to me a lot) I have over 7000 and it always goes down. I hate it!
S

When that happens on SSBB.

Playing MKW and DS against hackers. I got pwned with Bob-ombs before the race even started, then some guy kept teleporting around the place and I lost heaps of points.

I was versing a hacker whose name was Dude *Special Cup Logo* guy. The name made the game lag (I've versed him before and it didn't lag then) and I got pwned with 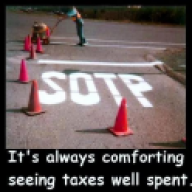 Every time there was a character transformation, it would freeze and we all get disconnected. -_-
Click to expand...

Someone playing as Zelda, Samus, or Pokemon Trainer: *Down-B* DOH! Not again! In Mario Strikers Charged, when people quit after you beat them or right before the game ends.

Retired Wiki Staff
The most annoying Wi-Fi moment I could think of, is when I'm playing Brawl, and the connection suddenly starts lagging, even though it was working fine not very long before then.