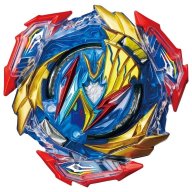 If you were to create a Super Mario Galaxy 3, what would you do (You are not allowed to make the game just like odyssey in space and with gravity mechanics like some people have tried to do with their concepts)

Also, the final boss should either be a giant version of Dry Bowser (similarly to the giant version of the normal Bowser but undead) or maybe even Giga Bowser from the Super Smash Bros games.

Also, Toadette should be introduced as a new supporting character, possibly as a new member of the Toad Brigade.

Also, Princess Peach should be introduced as a new playable character while Rosalina is the new damsel in distress in need of rescuing from Bowser and the Koopa Troop.