This is essentially a thread for some behind-the-scenes stuff and things I was thinking about when I'm writing for SIMulation, my monthly 'Shroom section, as well as some images that didn't make the cut while I was taking snapshots for the session. 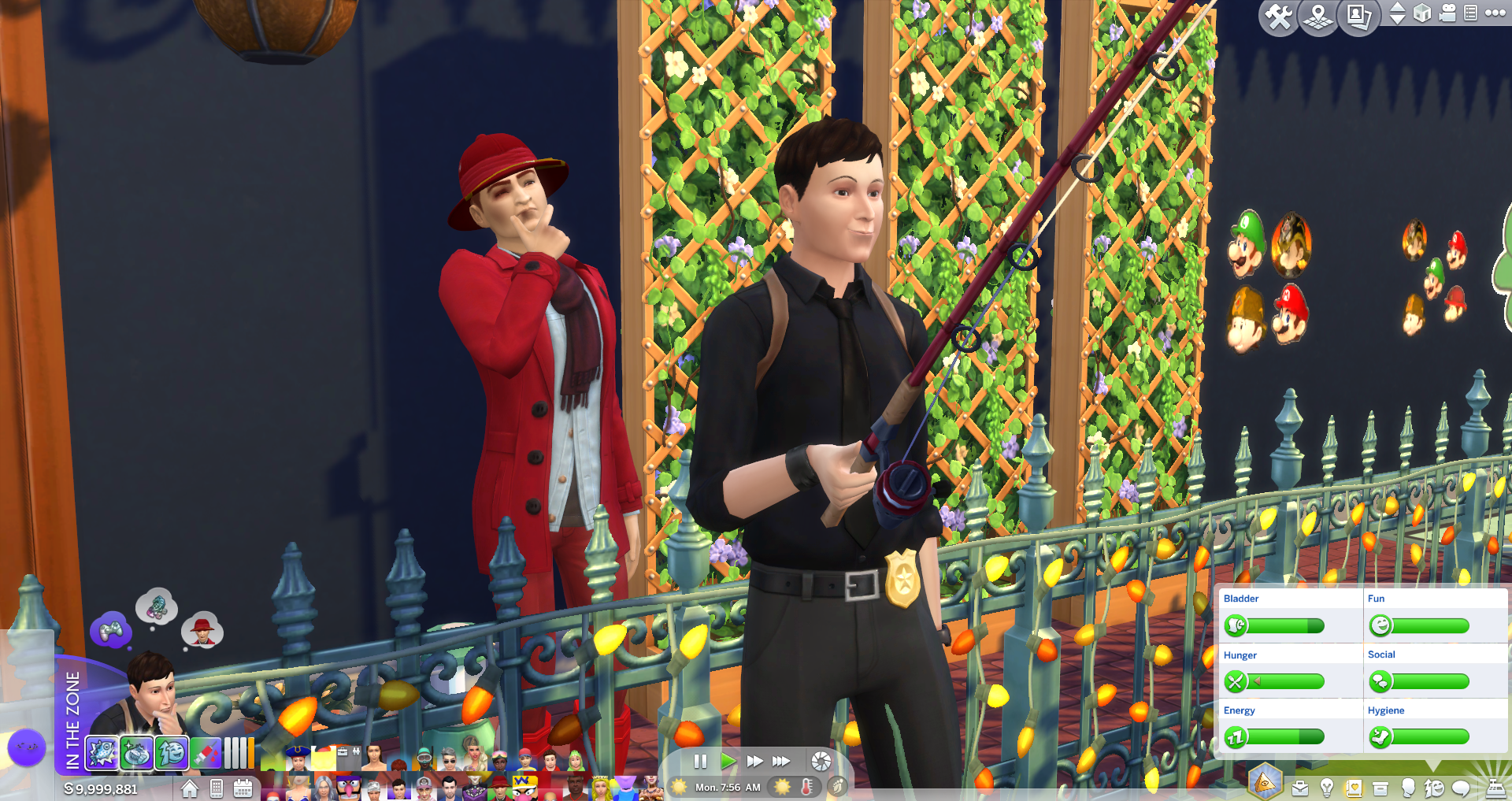 So, what is SIMulation?
As the description goes on the sign up section of the 'Shroom, "Gives an in-depth look at the mechanics of the Sims series of games." Essentially, this section talks about The Sims franchise, because it's currently the game series I'm very passionate about at this point. Well, technically, having an in-depth look into the series was the first intent, I used to have a pretty cut and dry analysis in my starting sections of The Shroom, my first several or so sections dealt with listing off various traits that Sims could have, listing off potential advantages and disadvantages of each trait and what their quirks were. However, I've decided to refurbish my section quite a bit, so I went with a series of humorous "how-tos" reminiscent of various The Sims YouTubers who play their games in the most ridiculous fashion (such as CallMeKevin's The Sims 2 The The YouTuber Family, no the extra "The" is not a typo) plus they're very inline with The Sims's own sense of humor as well, expressed in their flavor text. I also find this tongue-in-cheek style of writing easier to digest for readers not familiar with The Sims games, easier to write, and far more fun for me than just repeating information I find in the games.

The guides I've currently wrote take heavy cues from wikihow's style of writing. That's why it's often littered with reference tags, have many bullet points, and that's why the images are formatted the way they are (however the hover-over text for the images...if you had seen them....are my own idea I've taken from webcomics). One of the reasons I like The Sims games as much as I do is because the game knows it's inherently ridiculous, there's many YouTubers who make it ridiculous, and I'm one of the people who makes their games pretty stupid. There's a reason people joke about the easiest way to kill people is to remove ladders from the pool, because that sort of absurdity jives very well with me, and the game series relishes in its absurdity, even referencing the pool ladder joke in The Sims 4 as a result of a nightmare.

By the way, I was already writing for Strategy Wing before I started writing SIMulation. My older section was called Parallax but I couldn't exactly keep up the motivation writing sections for the field because I found it difficult to talk about and I simply did not have passion to write about. Keep in mind that I still enjoy 3D modeling and the like, I'm always glad to talk about its topics and clear up clarifications regarding it as well as help other people, but I don't think it's material I could fit on a regularly, monthly basis. In addition, I did wrote for Palette Swap a long time ago, but it was so long time ago that I don't think it's relevant to this topic, and it's not something I'm passionately keen on digging up anyway. 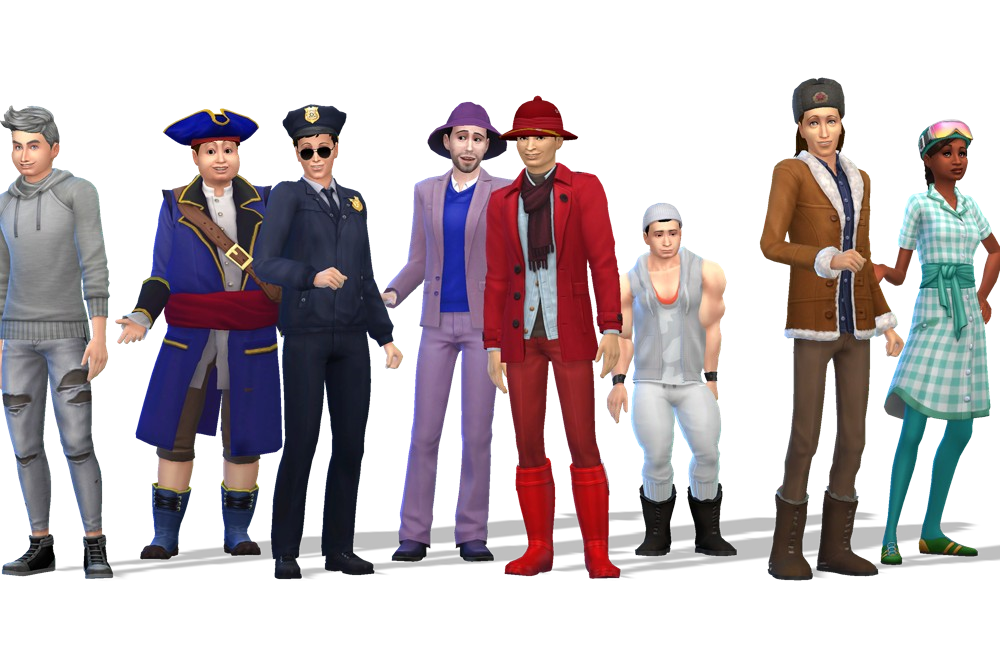 Who are these people that are in your sections?
I typically play with a 44 Sim household The Sims 4, and maybe growing? The typical limit is 8, but I've increased it thanks to mods, but I think I may be hitting my upper limit. Typically, the reason my household is as big as it is is because my sister also plays local multiplayer with me, so we split which Sims we play as. In the sections I write, I typically play on new saves that usually have typical amounts of Sims allotted. However, there are recurring characters who are prevalent in all The Sims games I've played. The most recurring are, of course, Sims I have based off my 6 member squad of The Protectors plus more. You may have seen them somewhere, such as in my signature or if you participated in roleplays with me but basically, they're my main OCs based off Baby Luigi but have pretty much spun off to be their own thing. In this incarnation, they have human names instead of their regular names based off light and wavelength properties. For example, Ray Trace, my Russian guy that I'm named after in the wiki, is named "Raymond Travkin" in The Sims. Dark Light is named "Darcy Light". Kontrast is named "Connor Trausch". You can recognize is them primarily by their physique and the colored outfits they're wearing. However, I don't even consider them the main mascot of my games. I've made an exceptionally grotesque Sim named "Wario's Friend" (who incidentally is not a friend of Wario) who plagues all of my The Sims games and he's always the first Sim I make whenever I first play these games. 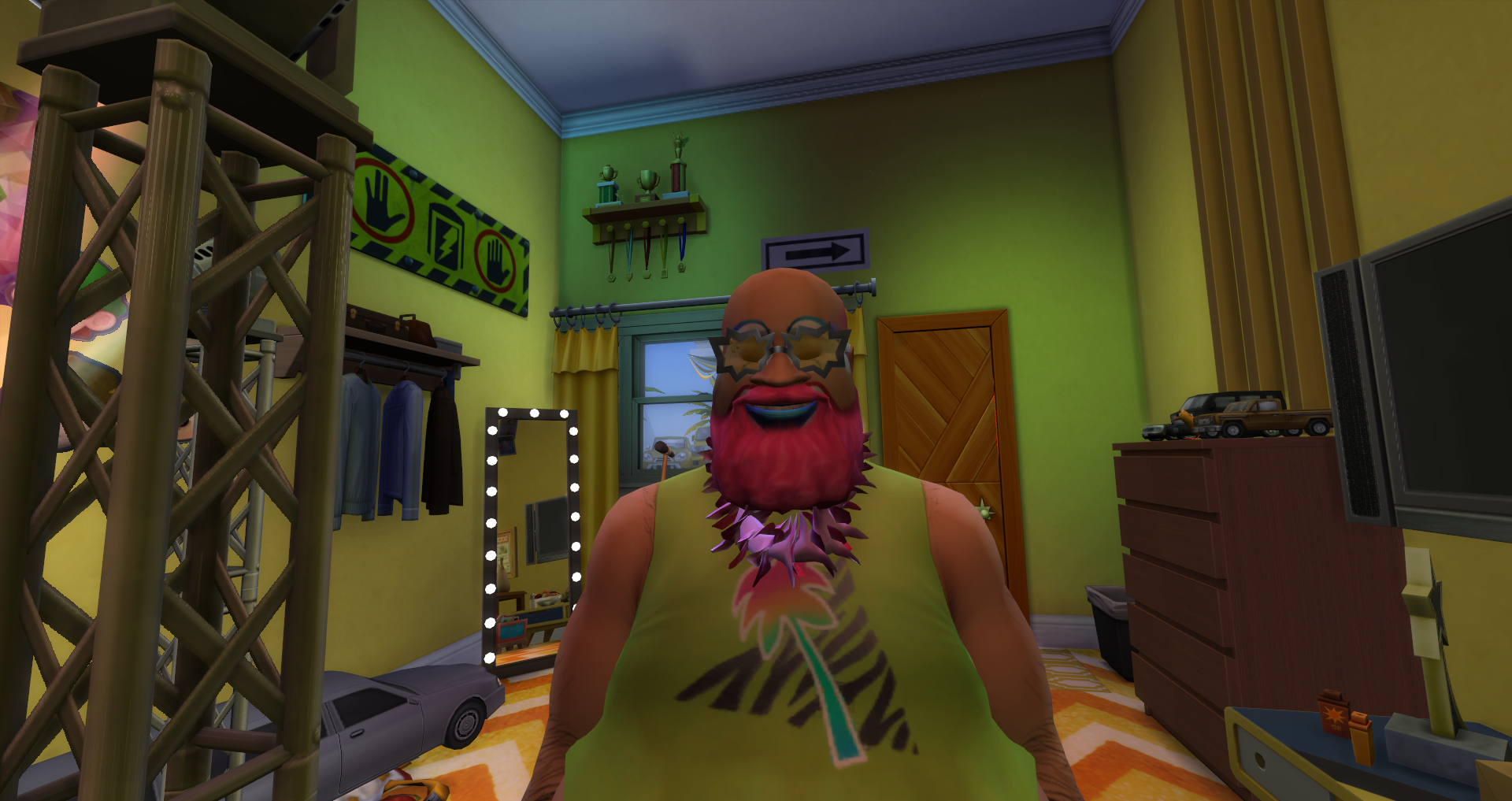 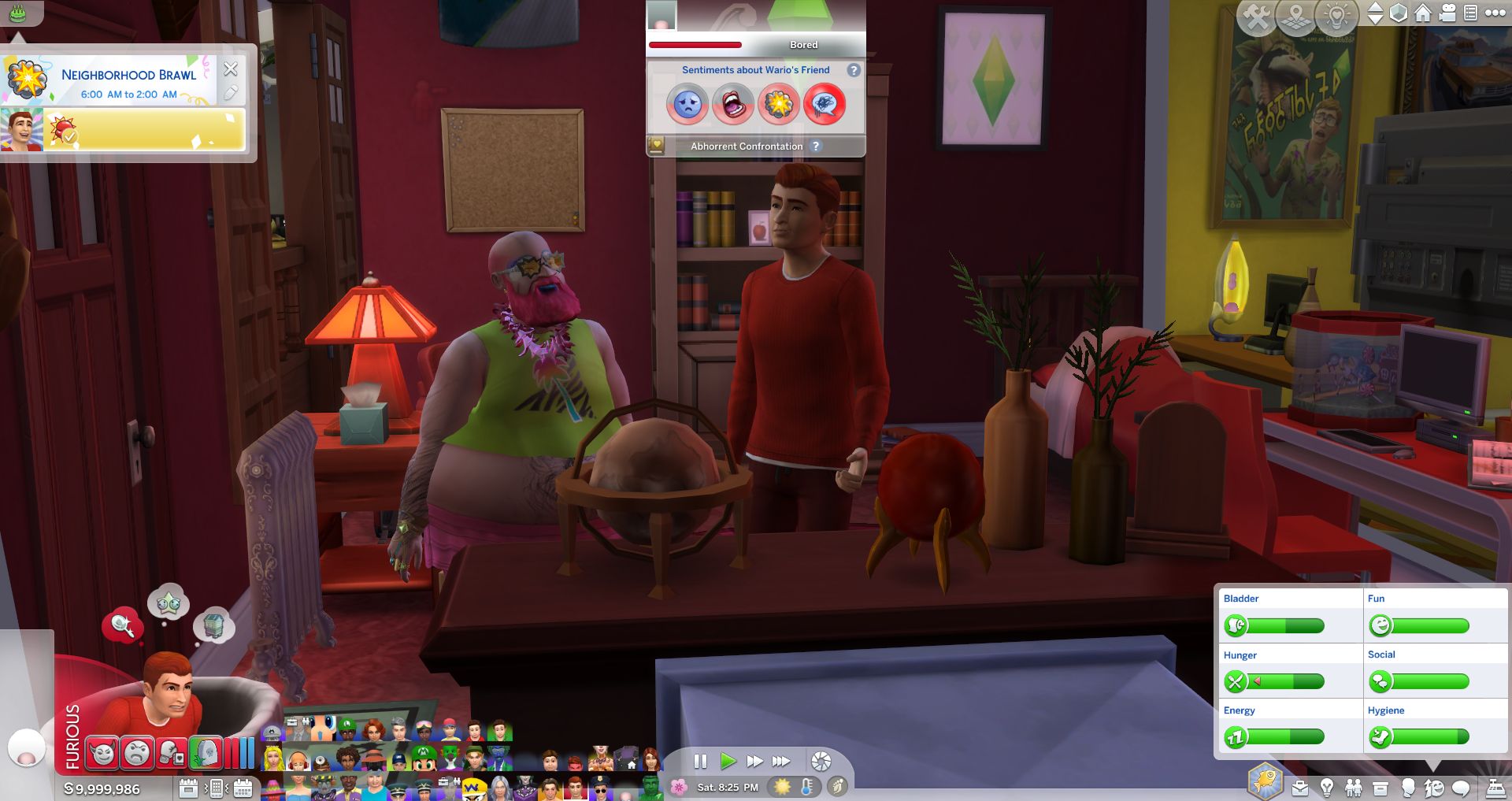 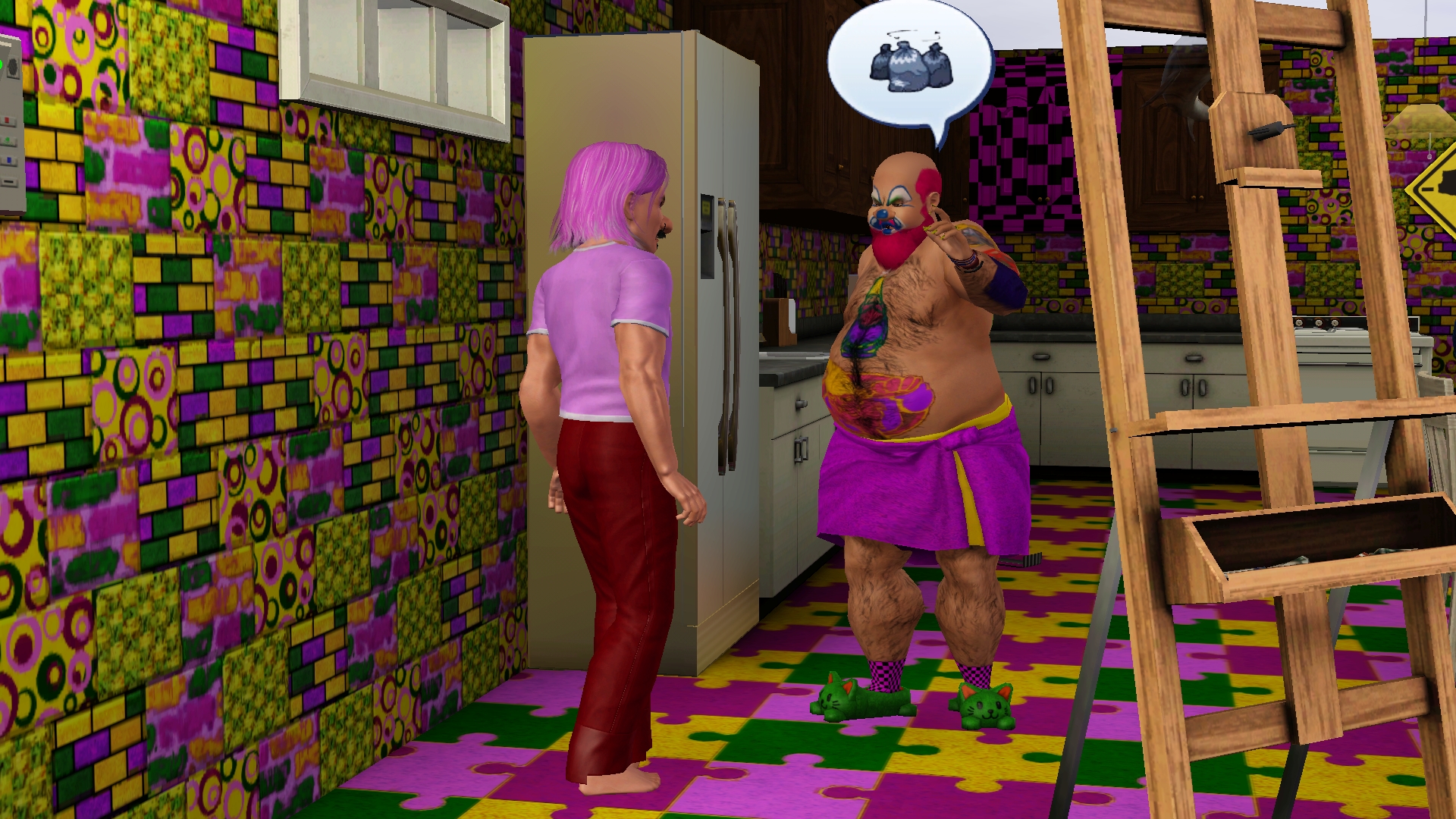 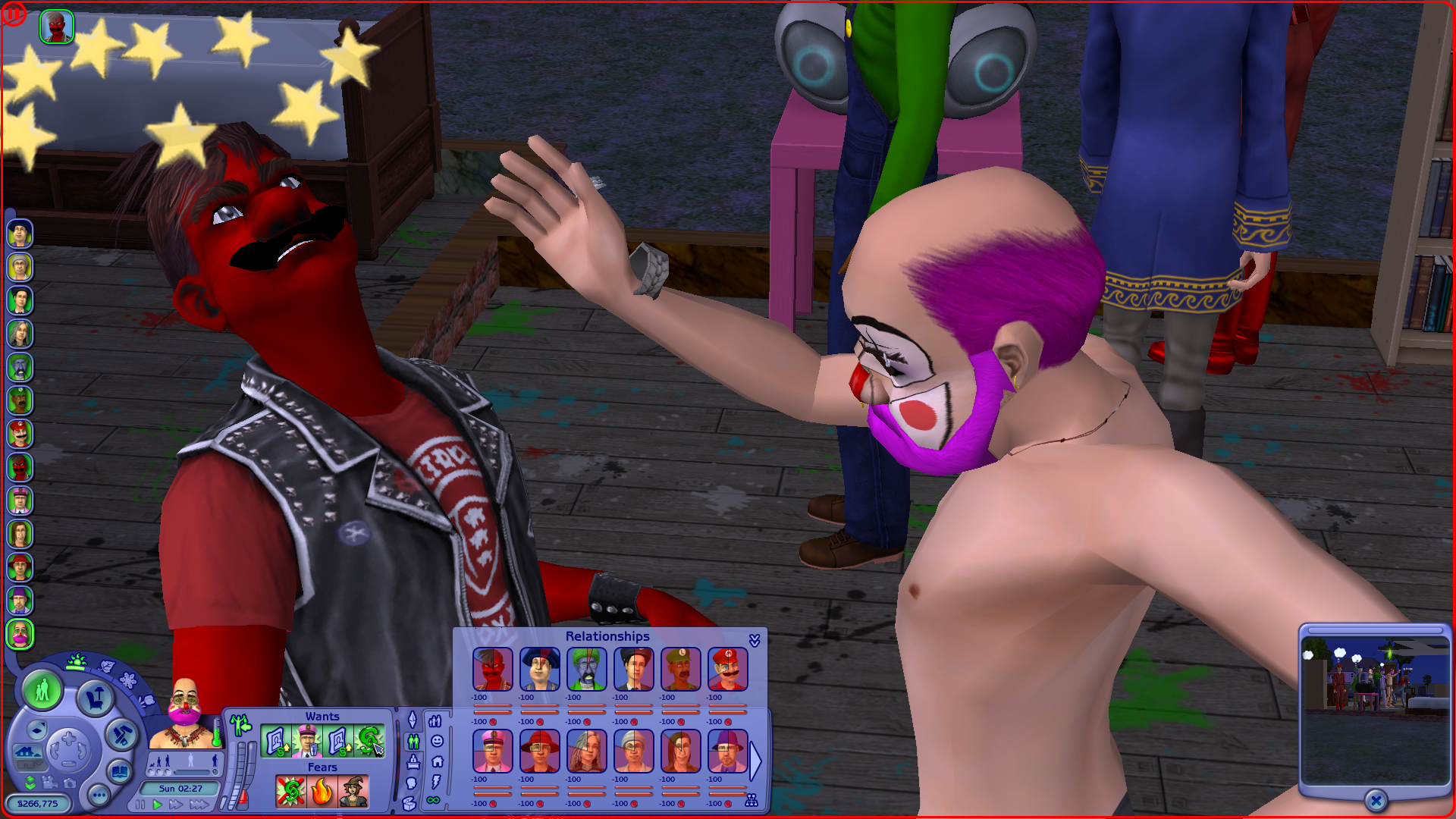 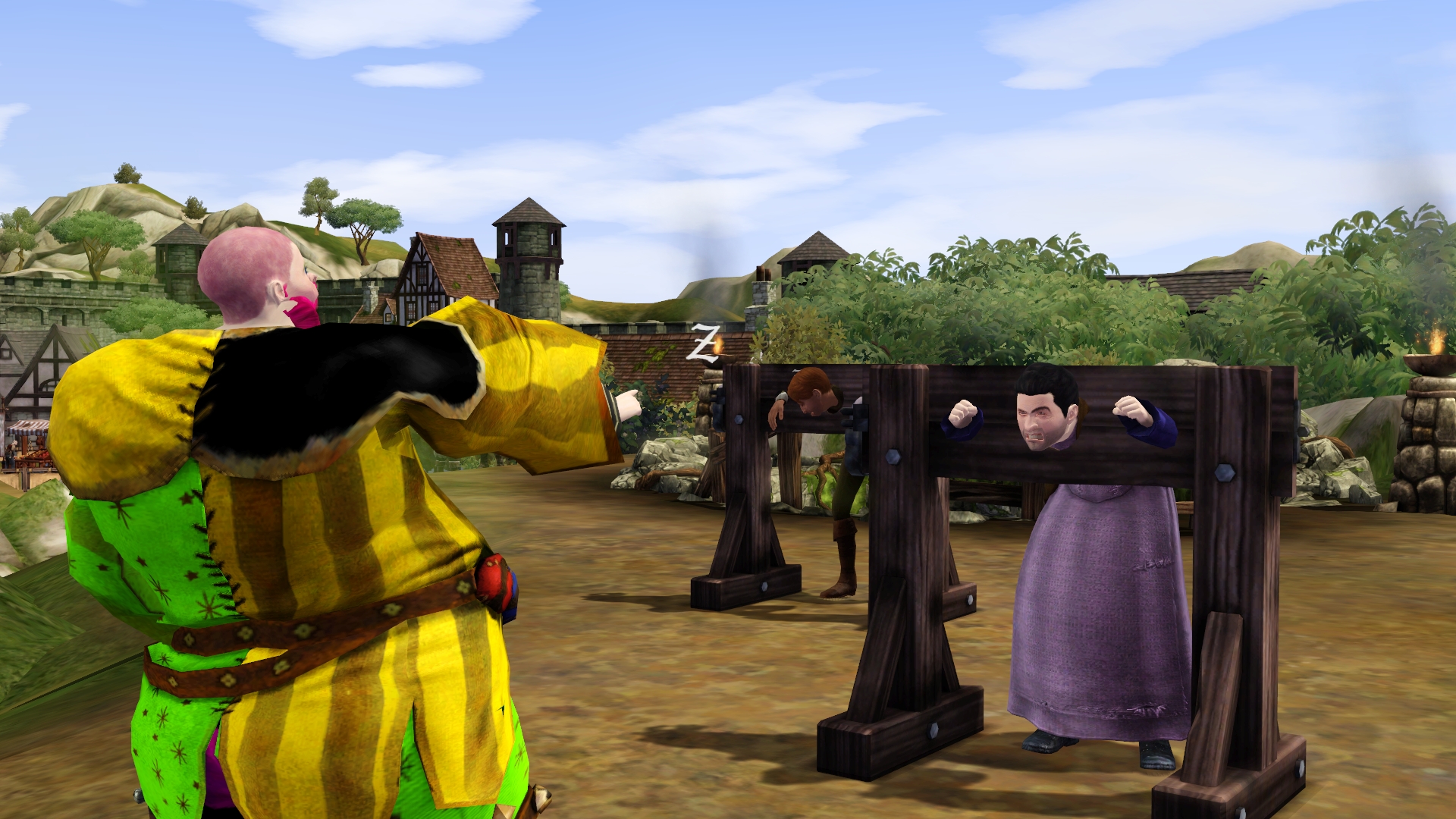 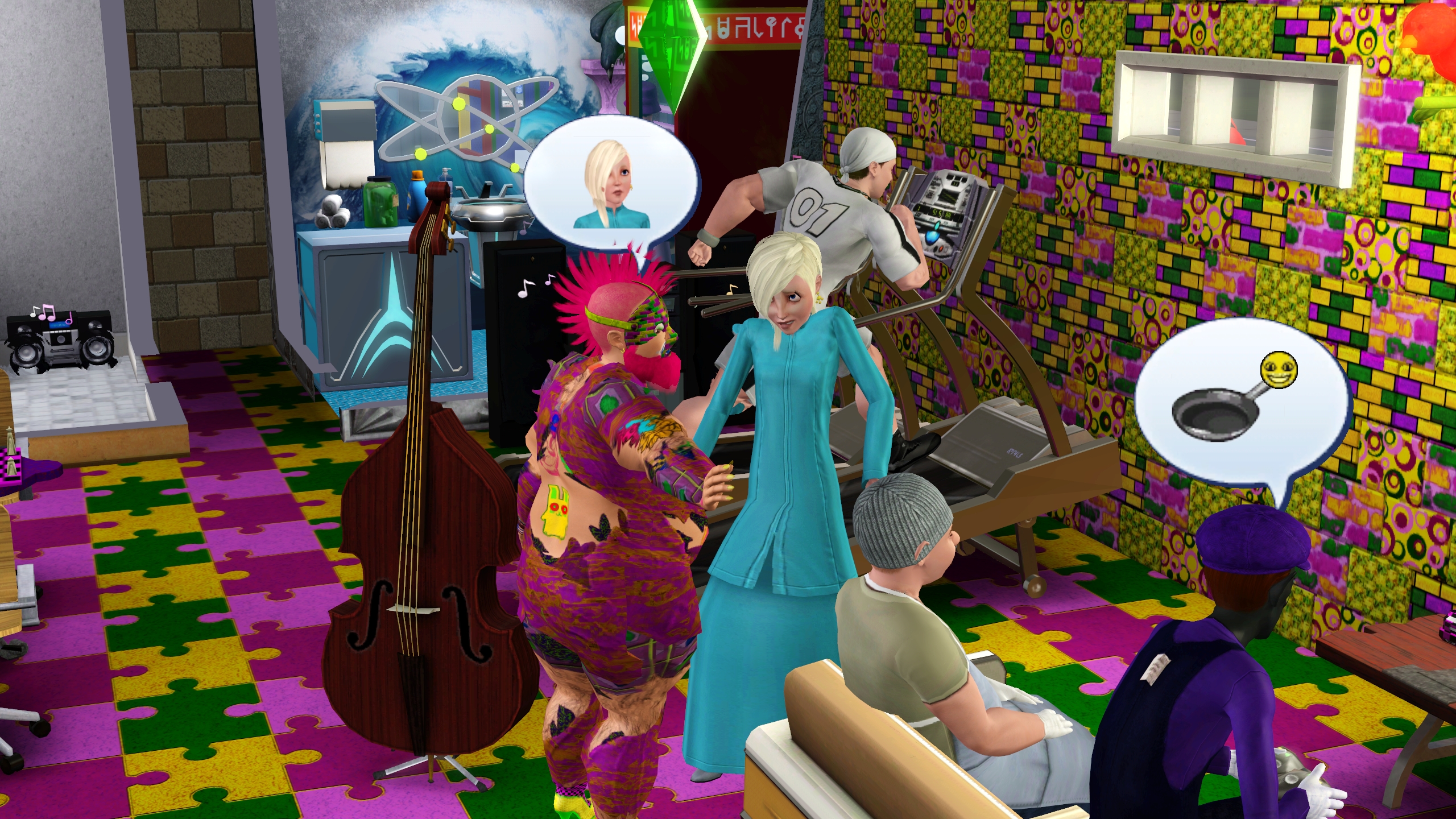 Main reason he suffers much in my sections is primarily because not only is he hideous and dressed horrendously, but he's extremely rude and picks fights with practically anyone and everyone. Anything negative that happens to him in my sections are simply karmic justice. So that's why he got killed by a chicken in one of my issues and that's why he got fed to the Pit Beast in my most recent issue of feeding Pit Beasts.

I do have a plethora of other characters, especially those based off Mario that my sister likes to use. There are Mario Mario and Luigi Mario, of course, but there are catches. Luigi is always black in our game, and we have additional variants, such as Mayro Maroi, the red-skinned Mario, Louis Gee, his blue skinned brother, Zuka, a pink-haired buff guy, and more. 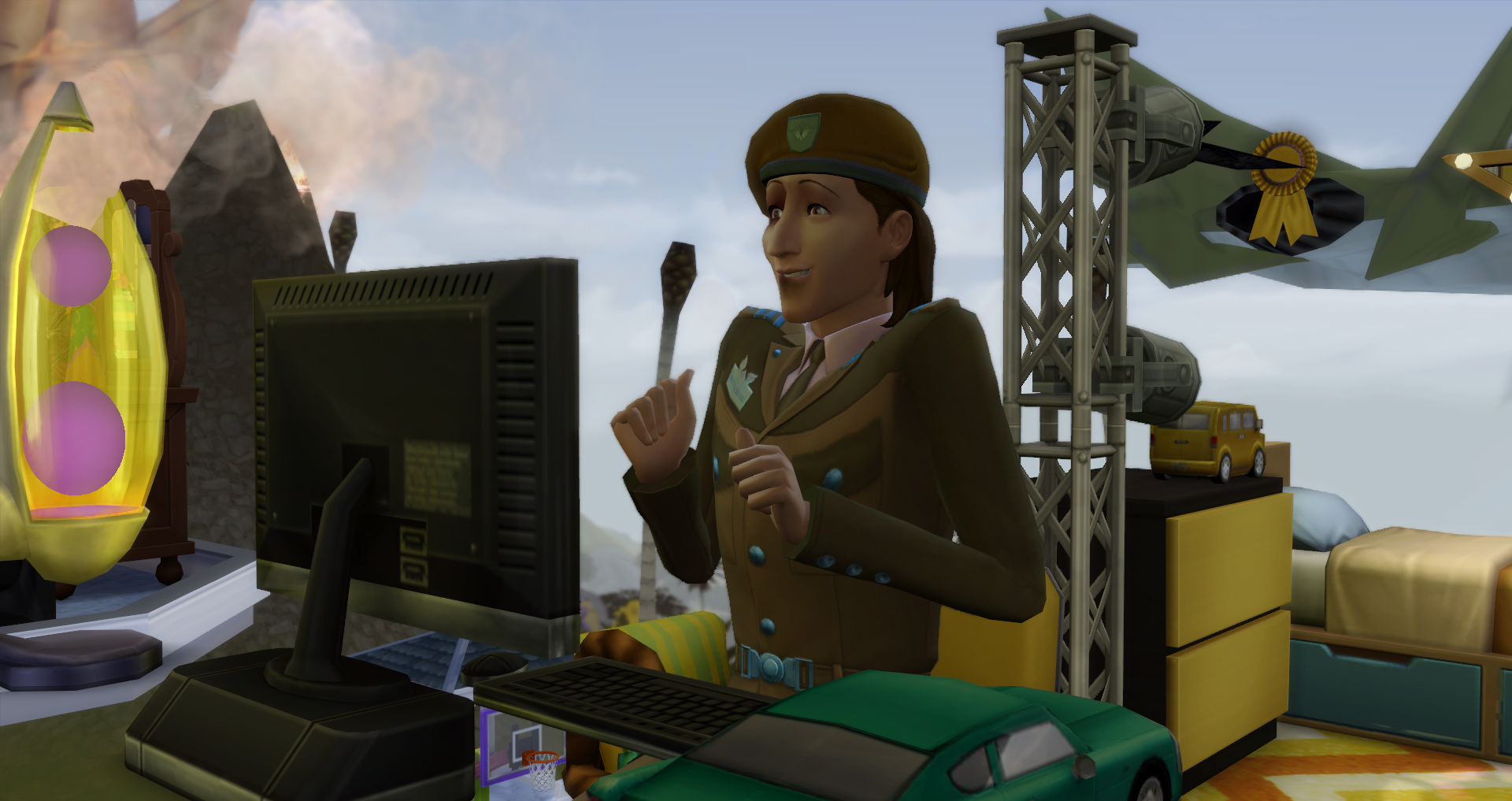 (me when writing a section for The 'Shroom)

What's this thread about?
Not only does this thread keep track of sections pertaining to SIMulation, every time a new section comes out, I'm compelled to talk about what went on as I was writing the section, as well as showcased screenshots I took during my session where I needed to write something for The 'Shroom. I'd also like to detail the appearances of my characters, so my readers get to be familiar with them and their quirks because they're going to be heavily recurring characters, with a few exceptions. The succeeding posts here will talk about my ideas, how things went, and showing off what happened. It's also a place to leave feedback, I always welcome feedback and ideas, and the more absurd I can make them, the better. This isn't your typical life Sim family raiser The Sims player after all. I will also update the OP on a monthly basis and try to update information pertaining to my sections as soon as I can.