Ok, so we have the following clues as to when the games took place.

*Mario World was supposed to have happened right after Mario 3.
*Several games (Yoshi's Island, PIT, YIDS, etc) involve the past, and so must have happened first.
*Mario Land 2 took place directly after Mario Land.
*Super Mario Bros, Super Mario World, and Super Mario 64 were all shown in Mario's memory in Sunshine, so it happened after the aforementioned three.
*Mario Bros. led directly into Super Mario Bros.
*Peach seems to not know Bowser Jr. in Sunshine, so it was the first game with him in it.
*Wendy mentions in the manual that Mario 3 was her first encounter with the plumbers, so it happened before other games that she was in.

I propose for the location going here.

Retired Wiki Staff
Former 'Shroom Staff
here's something strange, in yoshi's island mario meets yoshi, but in smw it looks like its the first time mario sees a yoshi ??? ??? ???

Mario didn't remember his adventures as a baby.
P

how do you know? If mario can eat a mushroom and suddenly grow taller, who knows wat else he is capable of?

Personal quote: "Drop the controler, and no one gets hurt."

That's because of the mushroom's magical properties, not because of Mario.
M

Fear not those evir koopas Mr. Mario. Remember- Death is not an end, birth is not a beginning

More quarified than you are.
Credit to Edofenrir for the middle image below.

He isn't a Japanese secret agent, he's a dumb spammer.

He sure enjoys being mean to you by the looks of things...
Credit to Edofenrir for the middle image below.

LOL so true I was just double checking
Personal quote: "Drop the controler, and no one gets hurt." 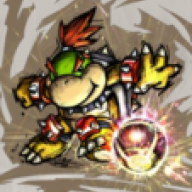 He sure enjoys being mean to you by the looks of things...
Click to expand...

Yeah, but then we're encouraging him by replying.
P

Dude He just a fake... but it's okay to re-invent yourself online as long as you don't take it to far. From what i can tell he is just some 6 or 7 year old kid either still learning how to spell or just trying to make new friends. Or both.
Personal quote: "Drop the controler, and no one gets hurt."