Have you ever been ripped off by eBay

Have you ever been ripped off on eBay. Like you brought a car but you got a Tennis Ball instead.

I never use eBay because of it.
Rest in Peace Walkazo, forever will be missed

My brother got a faulty pokemon emerald of ebay.

We never use E Bay for anything exspensive so no.
N

Once, but only out of the hundreds of times I've bought stuff on ebay.

I was buying Mario plushies, and I have like 5 dollars left, so I decided to buy a Spiny plush since it looked so cute.

And I got sent a Buzzy Beetle.

I mean, still cute, but I really wanted the Spiny.

NSY said:
Like you brought a car but you got a Tennis Ball instead.
Click to expand...

that's a dumb scenario. if that happens, you can complain to ebay about the user and they'll probably take action. my parents have used ebay to sell stuff for ages. and if you've been ripped off, it's not the website's fault.

once we bought worms 3d on ebay and had to wait a hell of a long time for it - so long, in fact, we complained to the seller and bought another one - which arrived on the exact same day as the first. but, again, that's not ebay's fault. my parents have had an ebay account for about 10 years, and this is the only time something like that happened.

No. But the time I have to wait to get stuff greatly varies. I got Action Replay Gamecube surprisingly fast, and others very slowly.

No, but the only time I could have been considered "ripped off" was when I bought a LEGO Star Wars Snowtrooper minifigure for 7 bucks, then I ended up getting tons of them at a later point when they were included in LEGO sets that I got.
Steam • Backloggery • PSN • 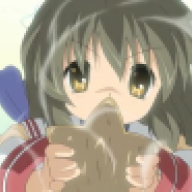 I myself haven't, but my brother bought a Yu-Gi-Oh Card and got a different one than he bought. No,because I use Amazon.
​
M

Brony the 45th Nazgul of the great Sith Lords said:
No,because I use Amazon.
Click to expand...

I've ordered an TranSleeve (ASUS Transformer Prime Version of Smart Cover) from some Chinese shop.
Apparently, the TranSleeve never came, so I ordered it locally (I found it later on), and made a PayPal Claim.
I've got my money back, but really, watch out for this kind of stuff.

Since lots of people are creating their own Forums, why shouldn't I create one, again? - http://www.mkgirlism.eu/
CW-Games relaunched! http://www.cw-games.org​
S

Brony the 45th Nazgul of the great Sith Lords said:
No,because I use Amazon.
Click to expand...

^This basically, even though the only things I've ever gotten was my Pokémon Diamond game and a phone case.
I thought I'd give you guys one last chance, maybe that was a mistake. It seems to me like I'm not welcome here anymore, or maybe I never was. There are other forums that are more welcoming than here, so I may as well just retire to them again. You guys may have thought I was back for good, but you blew that last chance. Goodbye, and maybe you might realize how much you hurt me. Maybe you meant it, but maybe you guys were blind all along.

Core 'Shroom Staff
Retired Wiki Staff
I wasn't exactly ripped off and it was by Amazon, but I'll share my story anyway.

I ordered some camera lenses that cost about $70 USD, but plus shipping and I don't know what else it came up to about $100. A few days later I got a letter from Customs saying the package included liquid and therefore couldn't be sent. I told them to remove the liquid, but they got back to me saying I had to pay around $90 for them to do that. I complained to the seller, since he never mentioned it included this liquid, but he said that wasn't his problem. I then took my complaint to Amazon and they ended up giving me a gift card for $100. Some weeks later I got this 10-page letter from Customs saying they had destroyed the package. Oh well. 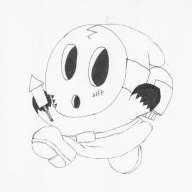 I tried to buy a SD Card to USB device and they gave me a broken one.

NSY said:
Have you ever been ripped off on eBay. Like you brought a car but you got a Tennis Ball instead.
Click to expand...

Banned User
I got a haunted pokemon eXtra Dimension: Gale of Darkness disk.

alll this copy does is nothing to scare me.


serious answer: no I never used it.

Watch out everyone, we have an animal on this Forum.

which was ok, since i had been wanting to get myst anyway
M

so those rumors of you being an animal are true...
Steam • Backloggery • PSN •

Watch out everyone, we have an animal on this Forum.
Click to expand...

except on the internet no one knows you're an eevee.

except on the internet no one knows you're an eevee.
Click to expand...