What is your favorite Paper Mario game?

What is your favorite Paper Mario game?
​

You can't go wrong with TTYD

I will probably be the only one who says this but...my favorite is Super Paper Mario.
​


The 45th Nazgul said:
I will probably be the only one who says this but...my favorite is Super Paper Mario.
Click to expand...

That game gets way to much hate! I really enjoyed it.
Z

Banned User
The origina paper mario, being my first rpg and the very thing that got me into the incredible genre, its a staple and I'll always love it for that very reason.
Rest in peace, walkazo.

TTYD. Ton of memories in that game. Then again, I kinda stopped playing the original in the middle of Chapter 4, so I can't really say.

TTYD. There are a bunch of minor improvements from the original, and it's much more balanced imo.

Also, your partners are way more effective in TTYD - they gained the ability to use items, appeal (focus, same thing) without a badge, separate health bar...

Not to mention a more memorable story. Oh and more of your star powers are actually useful - The only good powers in the original were Star Storm (easily the best), Smooch (maybe) and Refresh (only if you're poisoned). TTYD has Sweet Treat that is good early on, Earth Tremor, Power Lift, Art Attack, Sweet Feast, and of course Supernova.

The audience wasn't really a gimmick. I didn't really use them much sense I never had a real need to use star power until later in the game in regular battles. It was more of a feature.

Retired Wiki Staff
Just about any of the first three games, really. I would have liked to say that I enjoy them all the same, if it weren't for the fact that Sticker Star was such a giant, blatant middle finger.

I like them all, but TTYD is still my favourite game of all time. So good. I've played through it many times.
hi 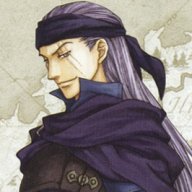 TTYD for sure. I loved how the paper aesthetic finally became a mechanic of exploration rather than merely a unique look, and the writing and supporting cast were fantastic.

Sticker Star looks like my kind of game though, so we'll see if that vote stands.

Retired Wiki Staff
Paper Mario as of now.
[...]This is the best weekend I've had since Salem. 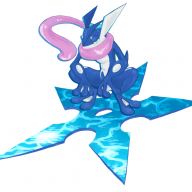 I voted for all. I would preferred if there was a option for PM1, TTYD, SPM. PM:SS I haven't played, bit it looks like it is gonna suck. The audience wasn't really a gimmick. I didn't really use them much sense I never had a real need to use star power until later in the game in regular battles. It was more of a feature.
Click to expand...

Gonna have to go with TTYD because partners have HP, and I found their backstories a bit more interesting than the original partners.
You receive more than increased attack power when you get the hammer and boot upgrades.
A more in-depth story beyond Bowser kidnapping Peach.
The star pieces aren't quite as repetitive IMO.
Peach interludes were less frustrating since you didn't have to worry about being sent back to your room.
And of course there's also the Bowser interludes.

Generally the first one, but not a perfect one. If SPM can have better art designs, maybe it can be my favorite.

The 45th Nazgul said:
I will probably be the only one who says this but...my favorite is Super Paper Mario.
Click to expand...

Please love them. They changed my life.

I like TTYD the best, it was the first one I played, and I loved the changes to the battle system (partners, star power, superguarding, etc.). I really liked you could have up to 99 BP in TTYD instead of 30 max. With superguarding, I only raise my HP like 2 or 3 times in the game, and I had a great badge setup. XD
The audience wasn't really bad, since you regenerate Star Power much faster (and pretty much made Appeal useless because of Stylish moves LOL) though I kinda hated that I could get hit by the audience if I'm AFK.

Paper Mario 64 was my 2nd favorite, though I kinda had to get used to the timing for guarding as I played that after TTYD. XD

Super Paper Mario is my least favorite, but I did enjoy it a lot. It's just that since they removed the turn-based system most of the strategy got removed. =P

Sticker Star I haven't played, but if I tried it it'd PROBABLY be my LEAST favorite.
U

TTYD was, hands down, my favorite game. And I mean out of every game I've played, not just in the Paper Mario series. It wasn't too difficult (sans the Pit of 100 trials) and it wasn't too easy (I'm looking at you SPM). It introduced a variety of memorable characters such as Prof. Frankly, the Puni Elder, Doopliss, and Cortez. And on a side note, the boss battle music for the latter two characters was superb.

However, I will agree, SPM is an overlooked game. Maybe for only the fact that Count Bleck is one of my favorite video game antagonists.

The original Paper Mario was fun, but was hampered with a few annoying things. It really didn't seem as inspired as 2 or 3, (another Bowser final battle) but this is because it was the first in the series. Again, it did bring us an interesting character: Chuck Quizmo. Oh yeah.

I haven't beat the fourth yet, (I am currently on Gooper Blooper) but I will have to say it is my least favorite so far. There are pretty much no intersting characters who aren't Toads. Also, no partners either. I really wanted a Chain Chomp partner or maybe a Snifit partner. Kersti is okay, I mean she does have her SHINING dk moments, but she's just not interesting enough to warrant a total lack of supporting characters. However, Snifit or Whiffit was pretty cool. And guys. Shyguy Mariachi band. Just...woah. Nintendo. WHY DIDN'T YOU MAKE THESE GUYS THE MAIN CHARACTERS. IT'S A BAND SHYGUYS IN GOD DAMNED SOMBREROS. THE POSSIBILITIES COULD HAVE BEEN ENDLESS. But still, a very good game. I just wish the boss battles consisted of more than going up against a super-sized enemy and hammering him with all the thing stickers you can fit in your inventory.