Has Nintendo Forgotten About _____?

Well have nintendo forgotten about the following..


1.) Super Mario Sunshine - Quick answer, NO. They simply refuse to use the idea of sunshine. In Mario Kart Piantas have pretty much become a staple as viewers of the race (i forgot what they are called, my brain is messed up). But then again piantas are not the only thing of SMS, although others and i belive so.

2.) Isle Delfino - I think Nintendo forgot how isle delfino looks, because Delfino Square and Pier look NOTHING like sunshine. Well maybe its because of the roof and stuff but, in real it doesnt. Maybe if they make a new sunshine they will just add these locations and give some cheesy excuse of the pianta but... Coconut mall seems more delfino-like so im guessing no...

3.) Weegee's Mansion Ghosts - In Mario Kart 7 when they re-created Luigi's Mansion all the portrait ghost were replaced with Boos... And on Luigi's Mansion 2, there are only 2 types of ghost and a third type which is a boss..... So.. im not sure on this one.

Simple answer to all.. Nintendo knows but they simply REFUSE to use these elements.

Is your topic about what elements to be use in future story or spinoff backgrounds?

I think it depends on if the staff "need" to use the similar idea, but forget to use the old one and create another one. Ex, create Crygor after Gadd. In your example of Sunshine elements, I probabaly think it's not obvious enough.

I think GCN Peach Beach is the one adapted from Sunshine, while the staff want to make Delfino Plaza look different.

Also they forgot about E. Gadd! A bunch of Gamecube stuff and than the Wii era comes and he disappears. I guess his LM2 appearance will help.

Petey. I want him as a boss again

Majin Vegeta said:
Petey. I want him as a boss again
Click to expand...

Majin Vegeta said:
Petey. I want him as a boss again
Click to expand...

Petey was in Sports Mix, though, so technically he's not forgotten
Click to expand...

I meant in a platformer

Toadette, the Kong Family, and the Kremling Krew, really need a comeback.

Indeed this I agree upon. She needs to make a reappearance along with various other characters (the DKC crew which MnSG mentioned would also be nice to see for a returning appearance).

I'd also like to see Nintendo making more references to SMB2, its characters, and the land of Subcon more often. Even SMS seems overused compared to the elements brought from SMB2. Enough with SMB1 and SMB3 is all I rather hope for after NSMB2, so SMB2 would get a more honourable recognition (in spite of its history).

It looks up to whether they need to return or they have to return. DK members would appear in the next main game but not necessarily in the next Mario spinoff, even though they have inenough appearances. Toad characters are mostly concerned with the formula bug in main games, and their decreasing status of referees.

Lanky and Chunky!
ASKING FOR ONE MORE CHANCE TO WRITE FOR THE 'SHROOM IS NOT AN UNREASONABLE REQUEST! I HAVE DONE MORE GOOD THAN HARM FOR THE 'SHROOM AND THERE IS NO FUCKING DENYING IT!!! IN THE WORDS OF DR KING, THE ARC OF HISTORY ALWAYS BENDS TOWARDS JUSTICE!! 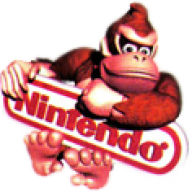 Yes the have forgotten.

Are they Fading into Obscurity? Does MG1 still even write that? Is it open? It's my dream to write that.
ASKING FOR ONE MORE CHANCE TO WRITE FOR THE 'SHROOM IS NOT AN UNREASONABLE REQUEST! I HAVE DONE MORE GOOD THAN HARM FOR THE 'SHROOM AND THERE IS NO FUCKING DENYING IT!!! IN THE WORDS OF DR KING, THE ARC OF HISTORY ALWAYS BENDS TOWARDS JUSTICE!!

Giant world from SMB3, Wart and other SMB2 things are forgotten

Giant World was kind of brought back as Supermassive Galaxy

I want back the Hammer Suit, Goomba Shoe, Chargin' Chuck, Rex, and Jumping Piranha Plant.
B