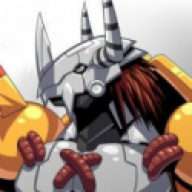 Here we go! It's hard to pick just one board...

Mario Party 3: Spiny Desert (cause that's the only one I played so far, plus Wario gets stuck in the ? Space area for quite a while)
Mario Party 4: Bowser's Gnarly Party (Wario's highest coin accumulation was 16 coins. Yes, 16.)
Mario Party 5: Pirate Dream
Mario Party 6: Faire Square (my favorite board in the series, due to the circular area near the star is and being able to set up traps all around it thanks to nearby shops)
Mario Party 7: Pagoda Peak (dunno why, I guess I like the Chinese atmosphere. Reminds me of my Chinese culture I guess)
Mario Party 8: Shy Guy's Perplex Express (hit an 8 on the first turn, land on the red space. One time, all people landed on the exact space. It was hilarious. I also recalled it was the first turn I ever played in Mario Party 8 where Waluigi went first and landed on it, hence, Waluigi's favorite space)
Mario Party DS: Toadette's Music Room (I like Toadette. That's all)
(He/Him | She/Her) RIP B. "Walkazo" Dalziel. December 16, 1991 to March 27, 2016.