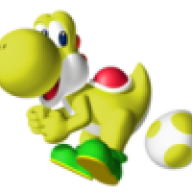 Tell us some ideas for minigames you had

YOU GO ANSER!
We're all cheering for you! Please be safe!
Favorite characters of all time:
MILKY: Mario, I, Luigi, Koopa, and Yoshi!​ Boat Siege(IDR the name in my idea)
1 vs. 3
Single Player throws cannonballs to the boat.
Team Players must protect the boat with shields for 40 seconds or lose.
If the boat gets hit 4 times,it is sunken.

Coordinate Plane
You need to use strategy to direct an airplane across the coordinate plane to the goal, which is at the end of the plane. It's like an RTS game, kinda.

Tear Filter
Free-for-all
Fill as many buckets as you can with the babies' tears in 1 minute.Whoever has the most full buckets at the end wins.

Tip:If Baby Bowser appears,don't fill your bucket with his tears.You will lose a bucket of your score.

In the style of NSMBW, you're in your mini mushroom form, trying to steal coins by ground-pounding everyone else.

Tip: Ground-pound the person with the most coins.

Grand Ball Escape
4 Player
Get to the end of the level while balancing in a ball.If you fall or get burned,you lose.Anybody who survives wins.

Controls
Tilt the Wiimote:Balance to that side to move
A:Jump

Description/Rules: Based of the Snake game. One player controls a giant Wiggler and tries to chase other players to feed them to the Wiggler. Each 2 seconds the Wiggler grows a segment and it starts with 4 segments. If the Wiggler touches a part of it's body it will cut that part out. The other 3 players avoid trying to get eaten by the Wiggler and they can be blocked by the Wiggler's body. Game can last for 30 sec. It takes place in a rectangular stage in a forest with some blocks scattered around.

Controls: D-pad to move Wiggler around and control players.

Tip:Sometimes you will have to stomp flying enemies to extend your jump enough to get to the next platform.

Double posting is discouraged in all threads.

Nice to Sea You
2 vs 2
You are in the ocean and you must control a boat with a pal. The partner does the accelerating, you do the steering. All you have to do is race to the finish line while avoiding obstacles. You can press and hold B to speed up, but you lose control.
(He/Him | She/Her) RIP B. "Walkazo" Dalziel. December 16, 1991 to March 27, 2016.

Shooting Star Rain
Star Game,2 Phases
Phase 1:
Grab as many shooting stars as you can in 2:00

Tip:See the shadows to have an accurate idea of where shooting stars will land.

Phase 2:
Hit all targets possible with you shooting stars as ammo in 2:00.

Tip:A fast way to reload is to continously press B

You have been burned,but if you fall into the water you lose.Last one standing wins

Tip:You are ALWAYS moving,so focus in which direction you will move or you will fall into the water.
Whoever has the highest score wins a star.
Gyakuten Kenji 2 SSLP | Yumihiko Ichiyanagi(Sebastian Debeste) ~ First-Class Farewell | memes and healthy drinks |

I have some minigame ideas. All are taken from another game.

Paint Attack! (Origin: Graffiti Runner from Mario Super Sluggers)
Type: Free For All, 2 vs 2 and Duel.

Object: Everybody has a paintbrush and they must paint the most area.
Tips: Painting a circle and jumping in the middle will fill up the whole square.
Control Style: Wii Remote sideways.
Controls: Control Pad to move, 1 to dash and 2 to jump.

Object: Three players have turned into zombies and they must catch the fourth. The one alone must survive for 30 seconds.
Tips for the solo player: You are faster than the three zombies combined, so don't get cornered.
Tips for the team of three: The solo player is faster than the three of you put together, so corner them!
Control Style for both teams: Wii Remote sideways.
Controls for both teams: Control Pad to move.

Object: Run to the goal by going through several spinning checkpoints.
Tips: Slow and steady! Watch which way the check points move before you enter one.
Control Style: Wii Remote sideways.
Controls: Control Pad to move.
Notes: Exactly the same as Spin Doctor, except that Spin Doctor split up the screen vertically. This minigame splits up the screen horizontally.

The team of 3 has to keep a beach ball away from the one person.

Solo tip: Try shadowing the partyer that isn't good at this mini game.

Team Tip: Jump on teamate's heads to get the ball extra high.

Controls: Like NSMBW, except that you can't ground pound.
Got _ place in the Amazing Race: Forum Edition.