If the next SSB had more non-nintndo characters

I will, (like Zero's thread), say non-nintendo series and stages for SSB4.

Characters:
AiAi: He'd be the only character for the series.

Power 2: Charges the opponent in his monkey ball

Power 3: Jumps up to an opponent in his monkey ball, bouncing them in a random direction

Power 4: Does a monkey call, making 1 monkey come after the opponent

Final Smash: Somewhat like Jigglypuffs. His monkeyball gets really big and breaks, crushing some victims.

Stages:
Monkey Ball Course: A standard monkey ball course, witch moves fast every other so and so, making opponents move rapidly, sometimes falling of the rim.

Is this supposed to be like Zero's thread?
N

Yes, but only with non-nintendo series, and not just sega 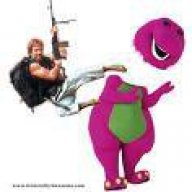 PKG88 you're not suppose to suggest a character, NSM will post his ideas and then we just comment and criticize constructively.