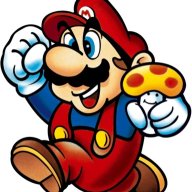 For privacy reasons I will not disclose my real name here, but you can call me by my username: PitofNoReturn, or Pit for short.

For many years I have desired to make my own Super Mario movie, and this desire what drove me to aspire to become a filmmaker. As of now, I have not yet produced any movies, but I'm getting there.

With that said, as you are all aware a Super Mario movie produced by Illumination is well into post-production. Two trailers have already been released, and the movie is scheduled to be released in April of this year. This however does not deter me. Instead, it has given me another idea.

With this post, I am officially launching SMB2025: The Ultimate Mario Fan Project! An epic online motion-comic retelling the story of the original Super Mario Bros. game as the dark fantasy envisioned by its instruction manual; complete with illustrations based on the NES-era artwork; as well as voice acting, SFX, and an original score. A love letter to the game that started it all, sent in time for its fortieth anniversary.

But I cannot do this alone. I can only do this with the help of the fanbase. And even then, it will be a difficult task. But that's what filmmaking is all about.

For timing purposes, I won't reach out to them until after the Illumination movie is released. But in the meantime, I will still seek out talent for in case the project proceeds. 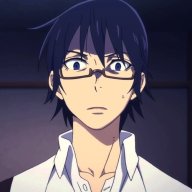 idk i haven't watched doctor who

For timing purposes, I won't reach out to them until after the Illumination movie is released. But in the meantime, I will still seek out talent for in case the project proceeds.
Click to expand...

0 chance this works Nintendo is a selfish bitch when it comes to copyright
Pronouns: He/him
A Pokemon fanfic I made for some reason - My stupid youtube channel

The 10th Doctor said:
0 chance this works Nintendo is a selfish bitch when it comes to copyright
Click to expand...

Yes, Nintendo has taken things too far at times. In fact just a few weeks ago they attempted to DMCA a YouTube video documenting a scrapped Zelda RPG game, although the channel behind the video appealed and won on the grounds that the video was journalistic in nature .

That being said, Nintendo seems to be most trigger-happy when it concerns either their ROMs or fangames which can be seen as competing with their ROMs. When it comes to fanart and fanfiction it's far more lenient. However, it's also possible to argue that the scale of this project rises to the level of fan film, and Nintendo is considerably less lenient on fan films.