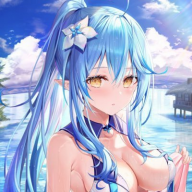 Inspired by the Create a Spirit Battle thread, you can make your own Classic Mode route with your wanted characters, or make an alternate path for a preexisting character.


I go first with Daisy, being based on wide variety of Mario games, appearing in reverse chronological order of first appearance in Smash:
Some musics doesn't match with stage, but I wanted to represent Mario series as a whole.
Last edited: May 4, 2020

Alright, here's another take, this time, is for any Mario character; it's basically a pseudo-boss rush with each opponents representing a certain boss from series: