What have they done to you, Sonic?! 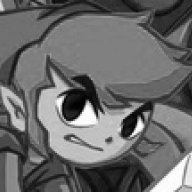 Right now, the modern Sonic games look like crap. Shadow the Hedgehog, too dark for Sonic. Sonic Unleashed, the Werehog stages look really boring. In fact, the only good Sonic game right now is The Dark Brotherhood! I'm so glad Nintendo isn't like Sega right now.
You're mine now, kid!

Sonic and the Black Knight. Sonic with a sword... lol

Sonic and the Black Knight. Sonic with a sword... lol
Click to expand...

That one actually looks pretty good.
You're mine now, kid!

Sonic and the Black Knight. Sonic with a sword... lol
Click to expand...

That one actually looks pretty good.
Click to expand...

Chat Administrator
Retired Wiki Staff
The only good Sonic games were on the Sega Genesis, IMO.
Rest in peace, Bronwyn.

Free Loader said:
Although I don't play many Sonic games these days, I have to say Sonic isn't nearly as bad as everyone says it is. Although really dark TVs some levels in Shadow the Hedgehog might be hard to play, it was a pretty good game(despite being not quite as good as they said it would be, who cares? it was still good). The latest game, Sonic Unleashed, I have to say is pretty good, although the night stages are too repetitive for me, and the story and voice acting is terrible, still a good game. Sonic and the Black Knight sounds cool, despite what all the IGNorant people on the internet have been saying(which is the same line over and over again "SONIC RIPPED OFF ZELDA LOL"), but naturally, I have yet to play it.

As much as I want to say the old games are better than the new ones like everyone else(!), I have to say that I enjoyed Shadow the Hedgehog a lot more than I enjoyed Sonic the Hedgehog 3(Sonic 1 and 2 are a different story, but that doesn't nullify(?) my point). People can tell say the new games suck all thy want, but when it comes right down to it, they're only reason for saying that is that someone else told them that.
Click to expand...

Or maybe they don't like the newer Sonic games. Maybe (God, I mean you, forbid) their opinions differ from yours.
S

Free Loader said:
People can dislike what they dislike, they just don't have to be so loud about it. I'm just trying to even out the noise between the Sonic lovers and haters.
Click to expand...

If only everyone thought like that.
Rest in peace, Bronwyn.

If everyone thought like Uniju, Ninji would be a very unhappy person.

ShyGuy27 said:
If everyone thought like Uniju, Ninji would be a very unhappy person.
Click to expand...

Sonic games look kinda weird now, but my opinion sucks, cause I havnt seen much of them. If I had a choice, Id probably go with the Genesis games.
pfjitpptfsdf

Forum Moderator
Wiki Bureaucrat
Former 'Shroom Staff
What annoys me about the newer Sonic isn't their so-called drop in quality (out of the one I played, Sonic Adventure was fun, SA2 was a bore and Sonic Heroes was enjoyable despite being stupid and glitchy), it's how they handle the atmosphere.

The older Sonic had vibrant locals, cartoony characters. and some downright psychedelics background. Then come SA2 which replace the unique setting with duuullll "realism" and do away with a lot of the old locals and characters. That editorial really sum ups what I hate with the newer sonics:

Let's also not forget that in the transition to 3D, Sonic lost his image. As poor as most of his (few) Saturn outings were in comparison to the Genesis, they hadn't yet lost the trademark "Sonic style". You know what I'm talking aboutthat strange cross between reality and trippy fantasy. One moment you're in an aquatic ruin with ancient temple sculptures and swamp water, then the next moment you're in a bustling casino city ricocheting off bumpers, flippers, and circular light pillars in an airborne pinball machine maze. Mystical floating islands, mechanical metropolis with seas of oil and smog, underground crystal palaces with magical waterfalls, and lots and lots of para-loops. The classic world of Sonic the Hedgehog was like something ripped straight out of an acid trip. The games didn't have a story. They didn't need one. It was all about fun filled romps through checkered green hills and techno mecha-palaces. Now, Sonic is like a character transplanted into our world. Gritty reality and talking hedgehogs don't go together. It's like Who Framed Roger Rabbit, except Judge Doom won. We left Toon Town for a slightly stylized version of the familiar and stale realm of reality.
Click to expand...

I also wish that Sonic Team would realize the inherent shallowness of the premise and ran away with it instead of making the story more appealing to FFVII fanboys.
Rest in peace, Walkazo.
You must log in or register to reply here.
Share:
Facebook Twitter Reddit Pinterest Tumblr WhatsApp Email Link
Top