New film coming out by Legendary Pictures, the company behind the Dark Knight trilogy, 300, and the upcoming Superman and Godzilla reboots. . Before Godzilla, Legendary is giving us a different giant monster film. It's about people using giant robots 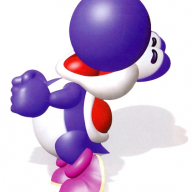 Why does it feel like that's all anyone needs to know?

Also, those people controllng the robot look incredibly silly in those suits.

Why does it feel like that's all anyone needs to know?

OK, maybe it'll be a good movie, I dunno.
Click to expand...

Oops. forgot to explain the rest. Stupid me. Basically giant monsters are appearing and humanity has to find a way to stop them. Seriously, don't know why I posted before completing what I was saying. Here, Wikipedia probably explains it better. http://en.wikipedia.org/wiki/Pacific_Rim_(film)

Also, GLaDOS is in it. Surprised I didn't see Nabber point this out. Looks pretty sick as far as these sorts of things are concerned.
This signature officially occupied by the taste of ginger since August 14th, 2009.
Feeling down? You may already be a charge target.

GLaDOS's voice, not the character.

As for the movie itself, it looks cool, but I don't really like the plot idea for some reason.

The ending should be all the robots after just defeating the final monster. Then, a blue beam should destroy one of the major robots from the movie. Everyone turns around and we see Godzilla roaring at the camera, setting up the upcoming 2014 G-film.

Champion Christmas said:
The ending should be all the robots after just defeating the final monster. Then, a blue beam should destroy one of the major robots from the movie. Everyone turns around and we see Godzilla roaring at the camera, setting up the upcoming 2014 G-film.
Click to expand...

Or, the Jaeger A.I. can turn evil and try to kill everyone!

Retired Wiki Staff
Love this movie, and I REALLY hope it does better in the long-run, and people don't immediately dismiss it due to it's initial weak first weekend box office performance. My friend and I saw it, and we both thought it was weird how the theater we went to had very few/limited showings of the movie. that might help explain it. The saddest thing, for me anyway, is that it's being beat-out by Grown-Ups 2... And Despicable Me 2, but for some reason, I feel more forgiving with that one.

We also saw it in 3D, and let me just say, it really added to the experience... for me, anyway. It was just awesome all the way through! It also had quite a few funny moments, not unlike The Avengers last year!

Hard for me to say anything else about the movie, because, well, I just want more people to see it! Really, the plot is incredibly straight-forward and easy to follow. Some MIGHT say it's a little somewhat silly, but the execution really makes you not only forget that but go along with it! The movie has real franchise potential, and it just looks amazing! The Jaeger and Kaiju designs, I can't even begin to describe how cool they look!

Ugh, so many good things to say about this movie...

It's a great touch how every kaiju has a different design.

Saw this with my buddy. I'd say it was the best thing showing in the theater that day.

I saw this at G-Fest. That is the true way to see it. On a huge screen in a room full of Kaiju fans. People cheer when the Legendary pictures logo comes up, we cheered when Guillermo del Toro's name shows up, we cheered when the word Kaiju appeared on screen. The biggest applause was at the very end of the credits, when it said "Dedicated to Ishiro Honda". That right there is a sign of a true fan and great film.

Chat Operator
Saw it tonight and it was pretty good (Can't go wrong with giant robots, after all)


If they needed the Kaiju's carcass to cross the portal, how'd they get out without it?

Copper said:
Saw it tonight and it was pretty good (Can't go wrong with giant robots, after all)
Click to expand...


Copper said:
If they needed the Kaiju's carcass to cross the portal, how'd they get out without it?
Click to expand...

All I can assume is that either


The portal only needs to be stimulated on the Earth side
They never actually left the portal, they stayed in the neck region and only caught a glimpse of the Kaiju universe
Personally I'm fairly certain it was b.

Watched this. I am not expecting so many teams sacrificed in the battle.
Please love them. They changed my life.

Retired Wiki Staff
I said "Outstanding", though I'm not sure if that's the right word for it... I was thinking more "insanely awesome" or "incredible" then "outstanding"... Though it is pretty outstanding.

Just the word I chose.

I saw it last night. It was, quite simply, awesome. I have complaints, but I'm willing to set them aside because you go to the movie to see giant robots fight Kaiju, and the movie does that extremely well. 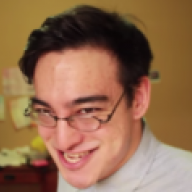 Legendary Pictures was waiting to see how well the film does in China, Japan, and Brazil. If it makes a lot of money over there, then a sequel has a good chance of being made. It just opened in China and made 9 million on the first day, and it's only a weekday! The weekend will be huge. Imagine how big thisn film will be in Japan when it opens there. A sequel is starting to seem likely.

Well, del Toro has already discussed plans for a sequel, so I think it's pretty likely.