I FINALLY just beat the Shroob Princesses yesterday! It took me the entire nine-hour drive from Florida. I was only at level 18 or something, so it took forever. I would shut the DS for 15 minutes or so to take a break, then I'd turn it back on.

It took me months to beat Cackletta's Soul, partially because I had to start the game over after getting pummeled by Ludwig, and then I beat her/it once after getting to her/it again and shut the game off because I was an idiot and couldn't find my way out of the castle, so I had to redo the fight a third time before I was actually able to see the ending.
[...]This is the best weekend I've had since Salem.

Honestly, I love the Mario and Luigi RPG games, but they have the most ridiculously difficult bosses. It's almost not even fun to play them. They are rewarding to beat, though.

The only hard bosses are some of the RPG final bosses. Huff N. Puff is probably the hardest in the original Paper Mario, while Tutankoopa is a joke.

Mrs Thwomp took me a while to beat.
G

Huff N. Puff is only hard if he keeps replenishing his HP and there's an easy way to make it less effective. Crystal King is way harder since he can replenish 20 HP and he can freeze Mario.

The final Bowser fight is rather annoying considering he can replenish 30 HP and you have to sacrafice every other turn with Mario to use the Peach Beam.

In TTYD, it would have to be the Shadow Queen since she can attack you 3 times per round and her HP is in the triple digits.

Fighting Bower and Kammy Koopa can be a bit tricky if you didn't level up off Grodus.


For Mario and Luigi, I find the Memory Bros. to be hard since they can revive each other.

The Chapter 6 fight with Mimi in Super Paper Mario was very hard for me. I did it on my second attempt but then died on Brobot L Type and hadn't saved. It took me ages to finally beat her again. Trantrox also took me a while at first.

The first fight with Waka in Ōkami was difficult for me. I'm terrible at blocking, I guess, so I almost died.
[...]This is the best weekend I've had since Salem.

Byakuya Togami said:
The first fight with Waka in Ōkami was difficult for me. I'm terrible at blocking, I guess, so I almost died.
Click to expand...

I think this is for Mario bosses

When I was little and playing Super Mario Sunshine, me and my older cousin despised the Manta Storm. Having to dodge the separated medium sized mantas was literally the worst and we stayed on the treetops for eternity after eternity. I even remember when I cleaned the entire beach to make the battle easier, and then the boss had to go and make everything dirty again...

But now after a few years, I can hold my own against it. It can be annoying sometimes, but I won't get angry to the point where I want to slam my controller against the screen and cry.

Byakuya Togami said:
The first fight with Waka in Ōkami was difficult for me. I'm terrible at blocking, I guess, so I almost died.
Click to expand...

I think this is for Mario bosses
Click to expand...

I put it in the wrong board...

Banned User
Well, I may seem silly for this, but that Caterpillar in the Vim factory in Mario and Luigi: Partners in Time was so hard, I just gave up for a little while.


The part where Mimi turns into a spider in Chapter 2 in Super Paper Mario was pretty tricky for me. It took me like 7 tries to beat her!

*sigh* I suck at those games.
I thought I'd give you guys one last chance, maybe that was a mistake. It seems to me like I'm not welcome here anymore, or maybe I never was. There are other forums that are more welcoming than here, so I may as well just retire to them again. You guys may have thought I was back for good, but you blew that last chance. Goodbye, and maybe you might realize how much you hurt me. Maybe you meant it, but maybe you guys were blind all along.

supermariofan said:
and Baby Mario is Jesus
Click to expand...

supermariofan said:
But Waluigi's game isn't like any other Mario game ohhh no, his game is very dramatic and romantic and serious and has the voice of Leonardo Dicaprio
Click to expand...

Lava Piranha but my second file I beat him without dying. I only used shooting stars and thunder rages as items. But the first file I had a hard time with lava piranha. I gave up on him.

Barrier trio and the first/second fight with fassad.

also the Steel MechGorilla and Natural Killer Cyborg and all those robot porkys.


Yoshidude99 said:
Mrs Thwomp took me a while to beat.
Click to expand...

This and the last two super bosses. OMG, it is so hard to avoid those irritating black holes. The X bosses are annoying too

Both Masa/Mune and Magus had me down to my final turn when I first defeated them, and Retinite was just an unnecessary pain.
Never! He will not:
Age cannot wither her, nor custom stale
Her infinite variety. Other women cloy
The appetites they feed, but she makes hungry
Where most she satisfies; for vilest things
Become themselves in her, that the holy priests
Bless her when she is riggish.​

this is in the non-mario video game board, so I will treat it as such


Byakuya Togami said:
The first fight with Waka in Ōkami was difficult for me. I'm terrible at blocking, I guess, so I almost died.
Click to expand...

He's not really that difficult, but for an unsuspecting beginner, yeah, he can be a real challenge since he has a more complex attack pattern than anything else you've come across up to that point. Every boss is kind of a pushover when you've grown more accustomed to the controls, tho.

Hag 1: Monstrous Mechanical Mud-Muncher from Banjo-Tooie is a rather challenging boss if I have to say so myself. It usually takes me about four tries to do it. And sometimes, I'd just collect everything in the game, get to the Hag 1, then not being able to beat it. Then I'd reset the game and play it all over again. And speaking of difficult bosses from Banjo-Tooie  the way you have to fight Mr. Patch: Strange Wobbly Inflatable Thing in just doesn't fit that well with me. Might be because I hate throwing eggs while airborne, but eh. :/

Also Cackletta's soul is a boss I have never beat, though I should probably play some SS so I can finally beat that boss.

Smithy 2 took an excessively long time for me, and so did Elder Princess Shroob.

But I beat Culex without a single Rock Candy, Crystaline, Power Boost, or Star Egg. No Geno Boosts either. Why did I not use the boosters? Motherfucking Shredder. (Shredder) 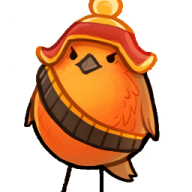 Ordrak from Torchlight because he has 100 meat shields that respawn, while he himself is a meat shield. That is, assuming any one else has even heard of that game.

Master Mold from X Men Legends (there's only one other person who's played this game on this forum) was just unfair. He has his Setinels attack yo u the entire fight, who, along with him, have very powerful attacks! Grrrrr...

supermariofan said:
and Baby Mario is Jesus
Click to expand...

supermariofan said:
But Waluigi's game isn't like any other Mario game ohhh no, his game is very dramatic and romantic and serious and has the voice of Leonardo Dicaprio
Click to expand...

Yoshidude99 said:
Well since this is now in Video Games I can now say these bosses I find hard off the top of my head

I was in joy when finally I beat that boss, took me months.