Well, I for one like Paper Mario: Sticker Star's name...

Either way, I'm definitely going to buy both of these and probably NSMB2 as well. 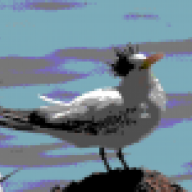 I'm still waiting on a game that goes back to Sarasa land, but I guess this news is sort of okay too

GymleaderBen said:
I'm still waiting on a game that goes back to Sarasa land, but I guess this news is sort of okay too
Click to expand...

...You're going to be waiting a LONG time, my friend. 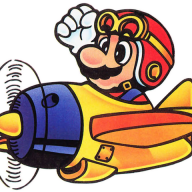 YoshiGo99 said:
I want to see Paper Mario 3D the most! If only it was possible to film good quality gameplay on the 3DS Chuggaconroy can do the LP on the 4th paper Mario. Same with LM2 since he did the first. I want to see NSMB2 seems cool and I want new worlds and power ups
Click to expand...

You basically summed up my opinion on this whole thing, every single word.
Click to expand...

Same here. But i beat a certain person will bash this thread with hate for chugga.
Click to expand...

I would do but Chuggaconroy fans jump on you like a pack of rabbid attack dogs the second you say something about him which isn't 100% positive, so it's just not worth it.

I definitely want them both , but I'm looking forward to Luigi's Mansion 2 more since I've been been waiting for a 'Luigi's Mansion 2' for almost 10 years (the morn of June 18th 2002 I first played Luigi's Mansion 1, which both amazingly and depressingly was almost a whole decade ago). Luigi's Mansion was (well is) a great game, double it's length and had a bit more depth to it's gameplay and it'd be excellent, the sequel looks to be doing exactly that, which means we should have a very good game on our hands.
You must log in or register to reply here.
Share:
Facebook Twitter Reddit Pinterest Tumblr WhatsApp Email Link
Top