Mario: Brooklynite or not?

Retired Wiki Staff
The question everyone was dreading, but you knew it was coming, is Mario from Brooklyn, and to a wider extent Earth? Discuss, I command it!

It is clearly stated he's a "visitor from Brooklyn" in the M64 official guide from Nintendo. Also mentions Brooklyn in various instruction manuals and the like.

Mario being from Brooklyn isn't a fan thing or made up by the cartoons or movie.

A better question would be how he got to the Mushroom World in the first place.
alk tah me at yoshimastar@hotmail.com

Retired Wiki Staff
Can you quote that player's guide in greater context? Mario has never been stated to be from Brooklyn from any game or instruction manual as I know of. That might be the only video game related source to say so.
Plumbers of the Mushroom World, unite!

1: After the events of M&L: PiT both Baby Mario and Baby Luigi were sent to Earth. Here they grew, Mario fought Donkey Kong and Foreman Spike, etc. During Mario Bros. the bros. fought a bunch of creatures that used the New York sewer system to get to Earth. The Bros. held off these guys and accidently ended falling down a Warp Pipe that brought them to the Mushroom World.

2: Mario and Luigi never left the Mushroom World. They stayed here and grew up here and all the games which we think happened on Earth happened in the Mushroom World (Donkey Kong, Donkey Kong Jr., Wrecking Crew and Mario Bros.). Mario, instead of fighting Donkey and Spike in New York he fights them in Big Ape City or something as the Donkey Kong Land manual implies (I said imply, not says).

"Travel by zeppelin to Donkey Kong's favorite stomping ground, Big Ape City. The sight of that familiar skyline might bring back fond memories, but don't waste your time sightseeing when there are Kremlings around!".

It could pretty much go either way but the Earth one is kind of complicated by the appearance of several characters supposedly from Earth in the Mushroom Kingdom, Pauline and Spike have both shown up in a game taking place in the Mushroom Universe atleast once.

Retired Wiki Staff
Like I said, the SM64 player's guide may be the only video game source to say that Mario is from Brooklyn (if it even does [It probably does.]). I don't think Mario Bros. or Donkey Kong has ever been said to take place in Brooklyn by an official source. I think that whole Brooklyn thing was largely a product of the cartoons.
Plumbers of the Mushroom World, unite!
S

Retired Wiki Staff
We could probably just stick a, "though this is debated" notice in the part of the Mario article that says he's from Brooklyn. Unless Miyamoto or a manual/guide says Mario is from Brooklyn it will remain a mystery, and we all know how good Miyamoto is with continuity.

I go with Sir Grodus's "Theory 1". Anyone else?

Retired Wiki Staff
Meh, I could go any way unless some solid evidence shows up.
3

Same here. Sigh. CURSE YOU, NINTENDO FOR YOUR VUAGE-NESS OF YOUR MASCOT'S PASTS!

Anyway, this just means it's more fun for us to think up stuff.

"According to the visitor from Brooklyn, he had been invited to the castle for a piece of cake, which Peach had just baked."

It's from the pure official Nintendo Player's guide. None of that Brady games/ Prima carp. Also it's for one of the greatest games in history so it's good enough for me.
alk tah me at yoshimastar@hotmail.com

Hmm, what things would and would not be affected if they never lived in Brooklyn?
alk tah me at yoshimastar@hotmail.com

Retired Wiki Staff
I don't know what would be different, I'm not that good at thinking and such. 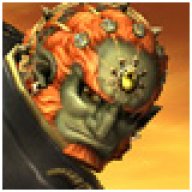 It would make sense if they did come from Brooklyn considering 99% of the population of The Mushroom Kingdom are Toads, Koopas, Goombas etc. except for that fact that Princess Peach, Daisy, Wario, Waluigi and others are human. Nintendo really need to clear this up.
S

Retired Wiki Staff
Mario and Luigi were born in the Mushroom World, so technically there not from Brooklyn. 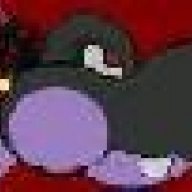 I dont like the idea. Marios supposed to be Italian. In the games hes always talked like hes Italian not from Brooklyn! And Ive never seen anywhere on any Mario game that Marios from Brooklyn. Why else do you think hes obsessed with spaghetti and ravioli? Why do you think when he loses on M64 he says "Mamamia"? Well your right about the Mushroom Kingdom thing. I say hes either one of those.
S

Retired Wiki Staff
You can be Italian and have an Italian accent and not actually be born in Italy. Besides, some people living in the Mushroom Planet have accents, Dupree is French and those Bob-ombs in Fahr Outpost sound Russian.
You must log in or register to reply here.
Share:
Facebook Twitter Reddit Pinterest Tumblr WhatsApp Email Link
Top