What time do you normally wake up?

My bladder always wakes me up between 6:00 AM and 7:00 AM.
another quality post by Puddin

I made a topic like this a while back, with a poll and everything.

7AM on weekdays, anywhere between 8AM to 9AM on weekends.
Rest in peace, Walkazo.

Monday/Wednesday/Friday = 9am
Tuesday/Thursday = 8am
Saturday/Sunday = noon-ish

This past week has been spring break and I've been waking up between 1pm and 2pm, lololol
​

As for my sister, she gets up around 11-12PM on Weekends.
Rest in Peace Walkazo, forever will be missed

7:00 on normal school days, 8:00 on Wednesday (we have late start), and usually somewhere around 10 am on weekends.

Banned User
Wake up, brush teeth, and swallow about 7 pills, then.... play video games, might get on computer depending on what or if there is a computer game I want to play of course.


So yeah, thats about it.
Rest in peace, walkazo.

Wow, you all sleep in. 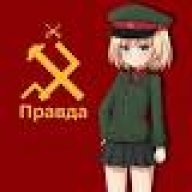 On School Days its usually 7:40

20 Minutes to check forums & Youtube, 10 minutes to get ready, then the rest of the time until 9 is on the Bus.

On Weekends, it varies. during the holidays it started out as 10, then 11, then as i stayed up later and later, it became 1pm or 2pm usually. I think once i woke up at 3pm. But now its usually 10am.
hi

For school it's 6 something usually and on weekends it is either 6-8.

Well, usually it's 7 A.M. that I get up in the morning. Then I get fresh and go downstairs. Once I have my bowl and I have my cereal I see everything and think about how the time is going, ticking on and on. Everybody's rushing.

On weekends, I usually wake up around 9AM. For school, it's usually around 6:30AM.