What the title says. It doesn't matter if the show's over, cancelled, jumped the shark, etc. Just think of whatever shows you'd like to have a crossover.

Myself, it'd be interesting to see a crossover between a sitcom and a cartoon. Think about how funny it would be if the live actors became animated and the cartoon characters becoming "real".

Also, a crossover between Fairly Odd Parents and T.U.F.F. Puppy would be neat. I'd like to see how the T.P. characters would react to seeing Timmy since humans don't exist in the T.P. universe.

So what would you guys like to see?
U

The Simpsons and Family Guy

My Little Pony: Friendship is Magic crossing over with G1-3 of MLP...in an acid trip dream episode, idk.

I've always had some OCD thing against crossovers. But if I had to pick, I'd per with GalacticPetey.

Actually what I would want to see as a Crossover is not a TV show, but books. What would be interesting is the mix of the Inheritance Cylce and the Pern series. Oooh! A crossover of all of Anne McCaffrey's series. That would be EP-IIIC!

All the Nintendo franchises in something other than a fighting game.

Pyro said:
All the Nintendo franchises in something other than a fighting game.
Click to expand...

You know, a crossover between Phineas and Ferb and Kick Buttowski would be awesome.

Homestuck and Pokemon. Oh my gosh how much I would love that.

I for one would of loved a Danny Phantom and El Tigre crossover. Danny/Manny Power Hour FTW ;_;

Never thought of that. And the 2 names rhyme, just like the Timmy/Jimmy Power Hour.
epic

Teenage Robot and Danny Phantom
another quality post by Puddin

Damnit, another good crossover I could've easily thought up. D:.
epic
U

This isn't TV, but Epic Mickey and Pokémon Black and White Versions.

I'm not sure how the heck that'd work, but it'd still be pretty cool.
epic

But those two are a three way crossover. The world can't handle it.

But those two are a three way
Click to expand... 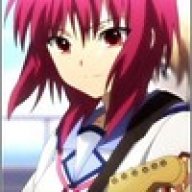 But those two are a three way crossover. The world can't handle it.
Click to expand...

My Little Pony: Friendship is Magic
Halo
Mario Bros.
Sonic the Hedgehog
Kirby's Return to Dreamland
Fire Emblem
Metal Gear
and Wario Ware together into one