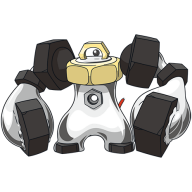 The comparison of Marth and Roy had a significant impact on the Smash community in 2003 and 2004 during the "tier wars" at GameFAQs, where they were a major flashpoint of the debate over the existence of tiers. The "pro-tiers" who tried to prove the existence of tiers to the "anti-tiers" compared many of Marth and Roy's statistics, from running speed to power, to reach the conclusion that Marth is the better character. They argued that Marth was faster, heavier, stronger, and better at recovering than Roy. The anti-tiers responded by trying to refute the point that Marth was stronger, stating that the size of Roy's sweet spot makes up for Marth's added strength at the tip of his blade.

Eventually, the pro-tiers won out and virtually everybody agreed that tiers exist and that Marth is a superior fighter to Roy. Nowadays, however, it is known that many of these comparisons were either false or insignificant, due to poor analysis; for instance, Marth's extra weight is negligible, and may even be interpreted as a disadvantage, considering Marth (with his extra weight) is susceptible to Fox's shine combos and Roy (being lighter) is not. More importantly, a common assumption, that Marth is faster than Roy, is up to question considering that Roy's shffl' is faster than Marth's due to his falling speed and lower short hop.

Despite lapses in the original analysis, however, players still agree that Marth is the better character, for reasons better supported with modern knowledge than those proposed in the past. The principle reason is precisely the one that anti-tiers tried to refute - that Roy has too much trouble trying to kill his opponents, being effectively weaker, and that Marth, with his superior combos and killers, can kill much more easily.

Marth also doesnt have to get as close as Roy does, due to his sweet spot being as the tip of his blade, giving Marth some range. Roy however, must get extremely close, which puts him in danger.

All Roy has going for him is better special effects. He just cant match up to the swiftness of Marth's attacks.

I will tell the truth: I did like using Roy before, but then I tried Marth and I never went back. Marths speed was more useful for me than Roy's power.

I never use either of them.
But, I'll go with Marth for no reason.
sig under major renovations*

(gasp! It's a tie between Marth and Roy!)
Click to expand...

Not on more. MArth be thuh ultim8 pwnr.
3

Roy is too slow, that's why I like teh Marth. 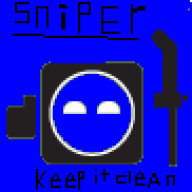 You don't choose a character "because it looks cooler".

You don't choose a character "because it looks cooler".
Click to expand...