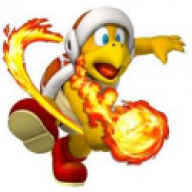 Shoot Down The Army :D

I prefer the PS3 but like Xbox halo though

I'm a Nintendo fan and don't play much of either, but I have played each of them and they have their good and bad points.

I like the 360's controller in terms of buttons (the PS3's shapes confuse me so much D: ) but the PS3 controller is more comfortable.
Live is a paid service while PSN is free, but there's that whole problem with PSN right now.
I like the 360's games a lot better.

Overall, I'd have to choose the 360, simply because I'm more familiar with it since my brother has one.

PS3 aand use poll next time

Banned User
Never tried them... I could try them in the future thought.

and you made a typo in the topic...

I know that, he is using his iPod to use this

X360 isn't a console I would like as well, because of its Red Ring of Death's, paid services, but I like the fact that they offer a free SDK for it (Microsoft Visual Studio).

Since lots of people are creating their own Forums, why shouldn't I create one, again? - http://www.mkgirlism.eu/
CW-Games relaunched! http://www.cw-games.org​
N

I've never played any of them, but considering I have a PS1 and PS2, I'd say PS3.

Retired Wiki Staff
I never play either but I want an Xbox 360 to play the most recent Banjo Kazooie. I don't want a PS3 at all. I've never even played a PS3 because none of the games interest me.

They both have good games. But right now I prefer Xbox, because GeoHot and Graf_Chokolo attacked to PSN. If Xbox Live would be free, it would be my dream console.

No, GeoHot and Graf_Chokolo hacked their own console, and published the Private Key.
They never attacked PSN.
It was a group of internet users, which fights against internet censor, and the group is called Anonymous.

Oh, okay. Thanks for clearing it up.
P

I suppose the PS3 has more exclusives that are worth owning the system for. I've got everything I would play on a 360 for the PC.

I dont particulary like any of them, Im a Nintendo Fanboy, but PS3 would be my choice, because I've had a PS2 for a long time so it wouldnt be too different.
hi

I've never played either, but I wouldn't mind having a PS3 (even though I've lost a bit of respect for them after that "coffee stain" comment).

FOR THE LAST TIME, I AM NOT A PALETTE SWAP OF PEACH, OKAY?!

Retired Wiki Staff
I don't own an XBox360 so I can't really give a solid answer, but the PS3 has more exclusive releases I'd be willing to purchase.

On the other hand, the 360 has Symphony of the Night and Banjo-Kazooie...
Rest in peace, Walkazo.

Chat Operator
I think I like the PS3 better, however i still enjoy both over the Nintendo Wii.