That is great! I will put it on my Userpedia page with credit to you
you fine people should hit me up on steam or something

mollymoon4 said:
@Mason: I have, actually,but I don't have a graphics tablet, so I don't draw that well on Photoshop. But I could probably find an oekaki(drawing site) that allows you to upload your own pictures and ink them.
Click to expand...

You should put this on high priority. The line art is really nice. I think the coloring should follow :P
another quality post by Puddin

http://userpedia.adriels.com/wiki/QuizmoManiac#Sprites.2BImages
There is my page with your drawing on it.
So you want to do an art trade or a collab project? Either one is fine with me.
Edit:I like the drawing so much I am using it as my avatar.

Maybe you could put in your sig so I can get my sig back.

....But you didn't take that sig so I did
you fine people should hit me up on steam or something 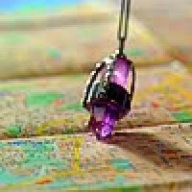 Hi, I've seen your drawings and they are great
Could you make a drawing of me?
My userself is the same as Ice Mario, but I would like a D in the hat instead of the common M, no moustache and shorter hair.
Thanks in advance

Nightwatcher said:
How do I exist?
Click to expand...

For Angel of Death: Ffffffff... I didn't realize you changed your username so soon...XD

I'll try to upload some fanart soon. c:
Ask not the sparrow how the eagle soars!

Thanks :D
That's going to my Userpedia page =)

Nightwatcher said:
How do I exist?
Click to expand...

That one's nice but it doesn't really impress me like the others (my favorite so far probably being mine.) Still good though.
another quality post by Puddin
P

Uhh can I use the image you made for my avatar? I'll give you credit.

@Grim: I know. I rushed it and it was quite late when I drew it, so yeah, it's not as good as my other works.
@PokemonMaster: c: Sure! Why not?
Ask not the sparrow how the eagle soars!

Ffffffff I double posted Don't kill me plz
Anyways, I have finally uploaded some fanart.

This picture is of one of my favourite characters in the Mario series. It's kinda rough 'cause I wanted to upload it quickly and it's not colored, because I don't colour unless I am doing requests art trades or when I actually feel like doing it whilst doodling and stuff. So yeah, an excuse for the crappiness.
Ask not the sparrow how the eagle soars!

Can you do a drawing of my avatar? /spoiler]
For NSM.
Hope you like it!
Ask not the sparrow how the eagle soars!

Colors off in some spots. But overall it's good.

NSM said:
Colors off in some spots. But overall it's good.
Click to expand...

Fffffff.... I couldn't find the exact shade/tone of your character that I had to draw. Sorry about that.
Ask not the sparrow how the eagle soars!

NSM said:
Colors off in some spots. But overall it's good.
Click to expand...

Fffffff.... I couldn't find the exact shade/tone of your character that I had to draw. Sorry about that.
Click to expand...

It's ok. With every mistake comes a little more progress.

New piccies are up!
Some Super Paper Mario villains. I don't think all of them are correctly drawn. I love how I drew Mimi. And a picture of Dark Fawful. Hope you like them!
Ask not the sparrow how the eagle soars! ;A; Noone's looking at my arts anymore...Maybe I should stop doing requests and art trades?
Ask not the sparrow how the eagle soars! 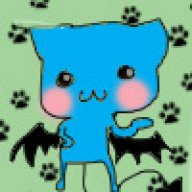 not your common or garden devil!

Wow! That's such a cool pic. Plus, after looking at your art, I think you should carry on

Bluedevil said:
Wow! That's such a cool pic. Plus, after looking at your art, I think you should carry on
Click to expand...

@ToD the ToaD: I was just getting a bit worried that my art thread was going to die, that's all I really meant. I think it was the fact that I have an annoying reading project right now, so I currently do not have much free time. I'm glad to hear that you like my Goomba gjinka, though it was a bit rushed!

@Bluedevil: ;w; Thank you! And yes I should be continuing to draw here, why, I think I'll post a piece of art up right now!

So yeah, a few of you guys on the forums might have heard of Disgea, my OC. So I'll explain to you guys about her.
Picture (In Black and White): Profile:
Name: Disgea
Age: 12 and a half
Alias: Dissy, Maid of Stupid.
Status: Alive and awesome as ever.
Race: Demon (not the scary kind in movies, mind you.)
Description: Has short lilac hair, red eyes, pale green skin, baby pink dress, dark purple bow-tie, long white boots, black wings and tail, and dark purple and yellow head cones.
Abilities: Casting Magic, Flying (though not very good at it, as she is slow).
Profile:Being the most idiotic student at Dark Star Academy, School for Demons, Disgea wasn't expected to pass her apprentice exam. However, the teachers felt slightly sympathetic at her idiocy, and so, she passed the exam. She was quite strange for a demon, as she had green skin, which was considered "ugly" to other demons, but unlike most demons, who had flame absorbing skin, she had a resistance to poison. She also was not born with horns, so she wore fake horns (her head cones). Disgea was then assigned to be sent to Eviltown, a mysterious town in the border between the Mushroom Kingdom, the Beanbean kingdom and Sarasaland.
She was escorted to Eviltown by a mysterious robot, named Maid-bot, then asked to take an Exam to decide whether she would become a maid or an apprentice in the Eviltown Castle. Unfortunately she failed the test so badly that she became the lowest class of maid, the Little Maid. As a Little Maid, she got all of the most horrible jobs, and hated being one so much that she worked towards becoming the next rank of maid, the Junior Maid. During her progress, Disgea met the other maids and workers of Eviltown Castle, and made friends with the letterboy Piru, the nurse Shokogan Shura, the gardener Tanooki, and the ditzy housekeeper Kiku. But she also made enemies with the top ranking maid Mimi (yes,the Mimi from Paper Mario) who often teased her and had arguments with. Eventually Disgea reaches the rank of Junior Maid and is asked to have an audience with "The Master" the leader of Eviltown...
Friends: Shokogan Shura, Piru, Tanooki, Kiku
Enemies: Mimi
Family: Her mom, a well known fashion designer, and two older siblings, a 14 year old girl named Tara, and a 13 year old boy named Jean.
Birthday: December 15th
Favourite Food: Licorice and Cake
Weaknesses: Stupid, Allergic to Fish and Cutie Pie Video Games, Annoying (sometimes).

So yeah, more to come on Dissy's story, and I might be introducing The Master and Dissy's friends sometime soon...

Edit: Oh God... I made a mistake... It's now edited!
Ask not the sparrow how the eagle soars!

mollymoon4 said:
She also was not born with horns, so she wore fake head cones.
Click to expand...

I Laughed a lot when i read that!.
==
glad you will keep it up!^^
and she's a really cool character indeed!
==
EDIT: BTW, Cool pic! The one i did for you looks a little too chibi compared to that!
NOPE​
You must log in or register to reply here.
Share:
Facebook Twitter Reddit Pinterest Tumblr WhatsApp Email Link
Top