I'm a fan of the Touhou franchise and recently came across (and fell in love with) the fan-made Super Marisa World, an obvious Mario parody from the items to the enemies to the bosses. The group of us in the English-speaking Touhou community that enjoy this game have been keeping track of which Mario boss battles are parodied and we've been able to identify all of them except one. Given the nature of the Wiki this forum is attached to, I imagine that if anyone would know what Mario battle this battle is a parody of, you guys would.

This is a video of the battle in question (turn your volume down because it's really loud for whatever reason). While the enemies throughout the stage (as well as Ran's design herself) are obvious take-offs of Monty Mole, we can't seem to figure out what Mario battle Ran's attack pattern is based off of. Can you guys help me/us out?

(I suppose I should provide a small warning to anyone who views the video - while Ran's picture is not directly sexually explicit and is only shown for about 3 seconds since I skip through the dialogue, she's not wearing very much.)

In case anyone is curious, we have compiled a Wiki list of all the bosses in the game so you can see what other battles are parodied - even from still screenshots you can see, for example, how Letty Whiterock is a take-off of SMB3 Bowser or how Aya Shameimaru is a take-off of Raphael the Raven. (I do realize the page is *ahem* somewhat informal from a Wiki standpoint, but it serves our purposes.)

On a side note, thanks to Steve for activating my account after the e-mails didn't go through. 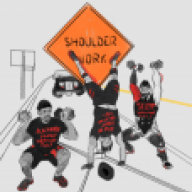 Behind the clouds, the sun is shining.

For the parody, I fear I cannot help you, sorry.

But, when you said "Touhou franchise", are you talking about that series of shareware vertical shooter? I heard good thing about it.

I'm...not sure I would call it shareware, but yes, it is a vertical shooter and most likely the one you have heard about.
B

After reading more carefully, I understanded that you asked for the basis of an attack patern rather than finding a video parody, dumb me.

Well, I'm pretty sure that there's not such a similar boss in the Marioverse, if anything, that boss is a glorified Monty Mole.

Really? Is it possible that this battle is a 2-D recreation of some 3-D Mario battle (like with Youmu Konpaku), or did you think of all those battles as well?

I am surprised that there could actually be something solidly original in this game, as the boss patterns, the music, the powerups and even some of the stage layouts are all taken from various places.
S

Maybe there would have been an answer if said "question" did have some kind of sence.

Every battle in Super Marisa World is 2D. There is one that is a 2D representation of a 3D Mario battle, however.
S

what series are those characters?

The Touhou series is a bunch of doujin shmups. The official English Wiki can be found here. Wikipedia has its own separate article here with an immediate example of how difficult the games can get.
You must log in or register to reply here.
Share:
Facebook Twitter Reddit Pinterest Tumblr WhatsApp Email Link
Top