As it appears on my user page:

Sections: 4
Captions: 4
Sprites: 17
Description: Yoshies first appeared in Super Mario World. There, 7 of them were captured by Bowser and the Koopa Kids. Then, on the SMW TV show, Yoshi is depicted as a child throughout the short-lived one season. Thought I'd make fun of those facts (I should have included a reference to Yoshi's Story somewhere, as that game is overall for the below-average gamer) here.

Extra Stuff: I spicened up the last caption by adding some ! Blocks and a door. 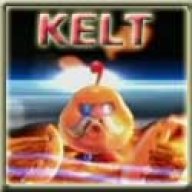 Heh, clever. Nicely made, too.

Retired Wiki Staff
Good comic! The only sad part was that it had to end :cry:

My plan is next weekend, I'll have time to assemble some more sprites together. I am not sure what it will be on, exactly.
^ ^

Wayoshi said:
My plan is next weekend, I'll have time to assemble some more sprites together. I am not sure what it will be on, exactly.
Click to expand...

Retired Wiki Staff
You can take your time, Wayoshi. If waiting a bit means the comic is better, so be it.

Hmmm... how do you post comics onto the internet? thats a cool one.
'm Sorry, but you're princess is in another castle...... you want directions? ummmmm.....

Description: Pretty good for one day's work, eh? Anyways, the mini-Yoshi is supposed to be the power-up that makes Mario have a Yoshi suit on, so that's why it appears when Mario is only wing-capped. I knew I wanted the Yoshi general and the tanker at the end, but the rest of the storyline was made up as I went along. Remember, everybody: Mario is God. If you don't listen to him, bad things will happen, possibly to himself. :twisted:

Extra Stuff: The hiding places are obvious, but hey...at least the little guy talks the meaning of the comic at the end!
^ ^

Description: Can you believe ''that this happened to me on MKDS online??'' The only difference was that the "star" player was ROB, and he was using a kart with a high items rating. I was basically swearing the whole time he was ramming me, lap by lap. Thankfully, on Wario Stadium, thanks to the ramp jumps, ROB missed me the last two times and I squeezed out a tie for 1st place on the entire match. They were two Japanese guys &ndash; the good Mario player was 2230-220 (see why now?) and the ROB was 680-715 (suggesting that this "tag team" hasn't been in place forever, or otherwise his record would suck big-time).

Extra Stuff: Just a quick shout-out to the problems online...
^ ^

That is a cool Yoshi item thing too. "Nazi Yoshi!" Just one thing though; Why does it seem a little compressed? Give a little space between each frame though because the word were hard to read. Good comic though, your best yet!
8.7
S

And sorry to hear what happened to you. But hey, they say artists suffer for the creativity! 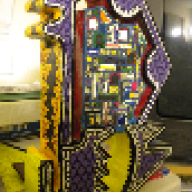 Retired Wiki Staff
The second and third ones, which I do understand, are a little hard to follow, so I'm agreeing with DB. By the way, though, a similar thing happened to me in MKDS, only the Star-ramming guy was actually getting Stars without touching Item Boxes. :shock: Guess he was using some kind of debug mode/h4x0r thingie...