DRAWING MADE BY STEVE

It's amazing.
Rest in peace, Bronwyn.

I will no longer be logging into this account.
N

Epic. Steve has made the world a better place.

I was planning of creatin it there, but then I saw "Fan Creations. Unofficial artwork, comics, sprites, stories, Flash cartoons. Show off all your fanstuff in here! "

That changed me. I am a better person for having seen that picture.
N

Burgermeister Meisterburger said:
What is it anwyays???
Click to expand...

It's some guy standing on a rainbow. I think he's supposed to represent people on drugs. Then there's the guy in the upper-right corner who represents the sun. The sun's all like "Don't do drugs, man", and the guy's like "Get off my cloud!. Then the sun says "You're on a rainbow, you idiot.". The guy then says "Who cares, I do drugs.". The guy then gets zapped by the sun to represent global warming. So it's telling us global warming is happening because hippies do drugs and stand on rainbows.

Serious version:
It's just a guy standing on a rainbow. While the sun's looking at him. Except the sun is what appears to be Steve's head in RL. 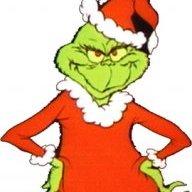 I was planning on overthrowing Steve until I saw this.
Credit to Edofenrir for the middle image below.

I saw this ages ago.
This signature officially occupied by the taste of ginger since August 14th, 2009.
Feeling down? You may already be a charge target. 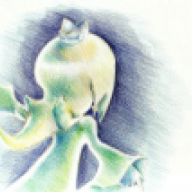 My eyes are simply brimming with tears of artistic ecstasy. Your technique surely surpasses any that I have ever seen.

I didn't know Steve was so good at drawing.
Can you think of anything that talks, other than a person?