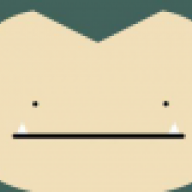 Well I started to develop this roleplay before Mario and Luigi: Bowser's Inside STory came out, so please don't mind the name. I have worked on this roleplay for a little over two weeks now, so I hope that my work has payed off. This requires a commitment and I would hate to see someone get booted from this roleplay. With that aside, I present you with Mario & Luigi RPG3

The Mushroom World, a bright and vibrant world filled with marvelous species of creatures and even some humans. The Mushroom World has many kingdoms each inhabited by its own distinctive race, even a distinctive series of planetoids orbiting the surrounding area around the Mushroom World. Out of all these kingdoms, the most beautiful and prosperous of these is the Mushroom Kingdom which is known for its beauty and peace.

Over the years many more characters appeared in the Mushroom Kingdom and Mario and Luigi’s fame grew and grew. Finally after the Mario Brother's latest triumph over Baby Bowser's attempt to kidnap the princess, King Bowser's fury had  reached its extent. After many months of plotting Bowser had finally decided to attack Toad Town. The Mushroom Kingdom’s capital, so finally came the day of the Mushroom Festival. The day the Kingdom celebrates its birthday, and Toad Town was full of happiness. That is until Bowser’s fleet comes to wreck the place! Peach and Daisy have been captured, Wario and Waluigi seem to have teamed up with him, and what is with this Cloning Machine?! Mario and Luigi have been launched to a far away forest, what's going on?!

• All Boomansion RPG rules apply.
• You can only use specific attacks that your character knows.
• Only mild power playing/god modding allowed. But don’t take COMPLETE control of other member’s characters.
• Your are not allowed to have control of more than one character.
• No straying is allowed once the group is assembled, unless I say so.
• If your leaving for a long period of time, first inform me so I can have a replacement for you.
• Do not post until your character has come into the story.
• Don’t post one line posts.
• Have FUN!

• Mario and Luigi RPG3 uses the same battle format of Super Mario RPG: Mario, Luigi, one partner vs. enemies.
• The character with the highest speed goes first, then so on and so forth.
• Once your character learns action commands your attacks grow twice in attack, but if you are in peril [5 HP or less] action commands do not work and your attack returns to normal.
• Since there are no back and front characters, attacks that hit both, hit all.
• In battle, characters have five options:
- Attack: which allows a character to attack using one of their standard attacks that have already been learned.
- Item: which allows them to use one of the items they have on themselves, an ally, an enemy, or a group of allies or enemies depending on the item.
- Special: which allows the character to use one of the special moves they have acquired by leveling up.
- Trinity Attack: which allows all three characters out in battle to team together and use a super attack which devestates all opponents. [Uses all SP]
- Escape: which allows the party to flee, with a price.
• Attacks are classified by either being an Inderect Attack,

, or a Direct Attack,

- Items can either come in chests or blocks, the Treasure Chests usually contain badges, armor, or key items. While blocks usually contain regular or rare items.
- Every monster has their own level, the higher a monster's level it is the tougher it is, the more experience it gives, and the more rarer items it drops.
- Every level in the game, such as FungiForest, has its own Sub-Areas. Each sub-area has a unique name and houses certain enemies. Some special items can only be acquired in a certain area as well.
- Armor has returned in this rpg in the form of clothing. Each piece of armor has its own special effect along with a power boost of some sort, only 5 pieces of armor can be worn per character.
- Badges have the same effect here as in the PM series, they also take up BP. [Badge Points]
- The major addition to this rpg is the Synthesis System. There are some special items in the MushroomKingdom known as Gem Items. Collect the many diverse types of Gem Items scattered across the Mushroom Kingdom, there exists a certain race of creatures that migrated from the neighbor kingdom and come here. They are led by an odd man going by the name "Fawful". This race of creatures that look identical to their leader, minus their clothes, they have a special ability to harness the aura deep within these ancient Gem Items to fuse them to create powerful weapons and items, or just some ordinary items, it depends on the type of Gem Item you give them.
-There are pits in the ground of the MushroomKingdom that hold special bean items, there are many different beans. And the Star Bean Cafe's popular reputation grew and a Star Bean Cafe was built in ToadTown. If you collect enough of differnet types of beans you can make special drinks that change stats. The owner, E.Gadd, might even show!
-Quests are the main engine that drives this roleplay to continue on, each quest grants a reward for its completion. Sidequests are also available, but don't give as great of a reward as a Main quest does.

You did a really nice job and it's well thought out, but I don't really think it will suceed due to the fact we had a RPG before. It was just the simple "pick your attacks and fight someone" style. That actually died due to everyone not showing up after choosing thier attacks. You did make a very nice game, but it's way too complex. Plus, none of us even know the Boo Mansion RPG rules. But I'm sure another forum might appreciate it.