Kirby 64 is an interesting Kirby game, and for one reason. You see, this game only has seven base abilities. Those are Fire, Stone, Ice, Needle, Bomb, Spark, and Cutter. However, you can mix them together to get twenty-eight combo abilities, bringing the total amount of abilities up to thirty-five. I will rank them from worst to best, but they will be in tiers. With all that said, let's begin.
F Tier 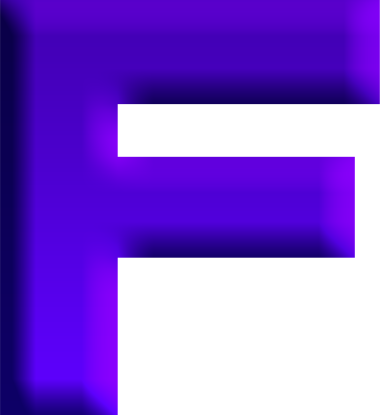 F Tier is for the worst abilities in the game, and I would find little to no reason to use them. There are two abilities in this tier, and if you play Kirby 64, you'll know exactly what these abilities are. Also, this is the smallest tier.
Number 35: Melting Ice Block (Fire+Ice)
The Melting Ice Block is undoubtedly the worst ability in the game if not the entire series. You get this ability from combining Fire and Ice, and the result is just that: an ice cube that instantly melts upon activation. Just try to kill an enemy with this ability. Most of the time, it won't even work.
Number 34: Dynamite (Stone+Bomb)
Just barely above the Melting Ice Block is Dynamite, an ability you get by combining Stone and Bomb. This ability is good for taking out large groups of enemies, but what really ruins this ability is the fact that it can hurt you due to its huge blast radius. At least you can defend yourself using the hard hat, something I can't say for the Melting Ice Block.
E Tier 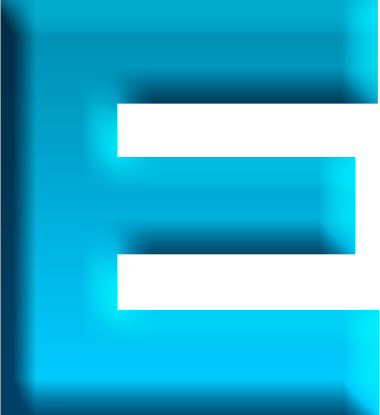 E Tier is for the abilities I wouldn't really use that often. This tier is home to four abilities, all of which are single abilities.
Number 33: Needle
This is what I consider to be the least useful single ability. The main problem with this ability is that you can't move while using it, which makes it annoying to use.
Number 32: Spark
This ability creates an electric field around Kirby, allowing him to defeat nearby enemies. However, the main problem with this ability is that you walk slowly, and the range shrinks as you move.
Number 31: Stone
This ability is basically Spark in that you are invincible but walk slowly, but the ability to do a dash attack gives it an advantage.
Number 30: Cutter
This ability allows Kirby to throw his head at enemies in the shape of a boomerang. The main problem is that it limits your mobility, only allowing you to walk or jump. However, it has a decent attack.
D Tier 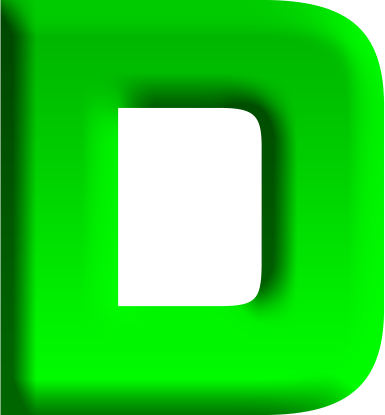 D Tier is for the okay abilities that lack in fun but make up for it with efficiency or vice versa. There are eight abilities in this tier, making it the largest tier. The size of this tier shows how poorly balanced Kirby 64 is in terms of abilities.
Number 29: Lightning Rod (Needle+Spark)
You get this ability from combining Needle and Spark, and it excels with vertical combat. The main problem is that it's slow and boring to use, since it takes a while for the attack to commence.
Number 28: Giant Snowball (Ice+Ice)
This is a double ability obtained by combining two Ice enemies, and it is good for movement purposes. It can absorb enemies and make a burst hitbox, but if you hit any solid object, it will burst, making it annoying to use.
Number 27: Giant Spiny Snowflake (Ice+Needle)
This ability can be obtained by combining Ice with Needle, and I don't like using too much due to the fact that it is a stationary ability. However, it can be useful for bosses.
Number 26: Volcano (Fire+Stone)
To get this ability, you'll have to combine Fire with Stone. This ability can be effective, but good luck trying to get the most use out of it, since the range isn't the best, and it's tedious to move back and forth.
Number 25: Lightbulb (Bomb+Spark)
Getting this ability is pretty simple, as you have to combine Bomb and Spark. It can be used to find the answer to a puzzle, but it takes a while to explode, and it isn't much fun.
Number 24: Triple Missile (Bomb+Bomb)
This is another straightforward ability to obtain, as you need to combine two Bomb enemies. This ability allows you to shoot three missiles, which can hit your opponents. However, since the missiles have questionable AI, it isn't very effective.
Number 23: Match (Fire+Spark)
This ability is obtainable from Fire and Spark. Kirby rubs his head and sets himself on fire, moving him forward a bit. This can be effective against enemies or bosses, but it's hard to control.
Number 22: Exploding Snowman (Ice+Bomb)
This ability appears after combining Ice and Bomb. Kirby turns into a snowman that can walk up to enemies and explode. It's basically the Lightbulb, but can explode quicker, making it more useful.
C Tier 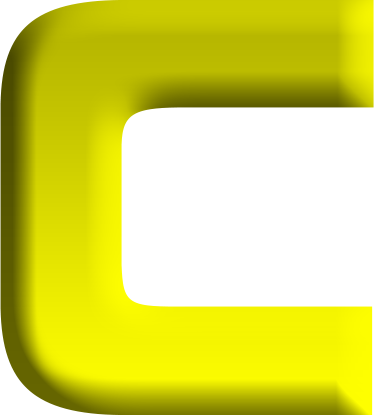 C Tier is for the average abilities. There are three abilities in this tier.
Number 21: Swiss Army (Needle+Needle)
When combining two Needle enemies, the result is this ability. This is basically a bigger version of Needle, but the larger size is all it needs.
Number 20: Spike Bomb (Needle+Bomb)
This ability appears once you combine Needle with Bomb. This is basically the flying version of the Exploding Snowman, but you can choose when to explode, which is neat. It also shoots out spikes in eight directions, making it useful. However, it is rather slow.
Number 19: Fire
This is the first ability you will get in the game. This ability allows Kirby to burst forward, burning enemies in his path. However, it doesn't last very long, though it can be used for Tool Assisted Speedruns.
B Tier 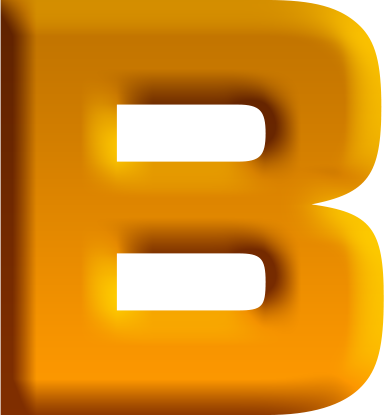 B Tier is for the abilities that have decent downsides, but are good nonetheless. There are six abilities in this tier.
Number 18: Super Fireball (Fire+Fire)
This ability appears when you combine two Fire enemies, and it ranks above its single counterpart due to the fact that it allows you to stay in the air for a longer period of time. Plus, it is less likely to hurt your thumb.
Number 17: Super Boomerang (Cutter+Cutter)
If you combine two Cutter enemies, you will get this ability. This is basically Cutter, but it has a much bigger range, allowing it to kill more enemies.
Number 16: Giant Claws (Needle+Cutter)
You can get this ability from combining Needle with Cutter. This is basically Giant Spiny Snowflake, but faster and snappier. However, like the aforementioned ability, it is a stationary move.
Number 15: Bomb
This ability can be used for blowing up enemies, and it is aimed by how long you hold the button. If it had better aim and control, it would be higher.
Number 14: Electric Energy Field (Spark+Spark)
This ability is obtainable from two Spark enemies. This is basically Spark, but with a bigger range. However, it has the same problems as its single counterpart.
Number 13: Mega Stone (Stone+Stone)
The Mega Stone is what you get for combining two Stone enemies. It's basically a bigger Stone that's faster, and the increase in speed and size are what put it much higher than its single counterpart.
A Tier 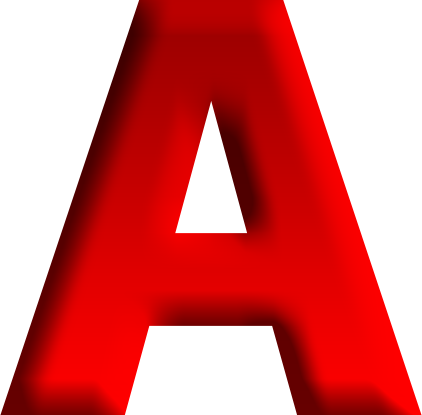 A Tier is for the amazing abilities that have at least one thing that could be improved, but are fun and efficient. This tier has seven abilities.
Number 12: Drill (Stone+Needle)
The combination of Stone and Needle yields this ability. You can move forward with a drill as you lead, which you can shoot at your enemies or downward. Once activated, gravity takes over, but you're briefly suspended in mid-air during activation and release, so it can be spammed.
Number 11: Ice
This is the best single ability in the game. The ability allows you to freeze enemies, after which you can knock them into enemies or objects. However, it is on the slow side, so it doesn't reach the top ten.
Number 10: Ice Skates (Ice+Cutter)
This ability is the result of combining Ice and Cutter. This ability is useful for movement and has two main attacks. One of them is when you stop in place and kill nearby enemies, and the other is a spin jump. The main problem is that you can't run headfirst into enemies to kill them.
Number 9: Curling Stone (Stone+Ice)
You can obtain this ability from Stone and Ice. I prefer this over ice skates because it's easier to kill enemies, and dashing makes you go super fast.
Number 8: Animal Statues (Stone+Cutter)
You get this ability from combining a Stone enemy with a Cutter enemy. You will randomly turn into one of Kirby's six animal friends, and each one has a different ability. Pitch is the best of the six, and he is what puts this ability high up.
Number 7: Flaming Arrow (Fire+Needle)
This ability requires the combination of Fire and Needle. This can be a fun ability to use, and the longer you hold the button, the higher and further you'll shoot the arrow. Once the arrow hits, it will leave a lingering pool of fire that will defeat enemies and damage bosses. The aiming isn't the most intuitive, so y you have to aim carefully.
Number 6: Lightning Boulder (Stone+Spark)
This ability is obtainable from Stone and Spark. This ability has a decent range, and it can attack enemies in all directions. The electricity will also kill enemies, and you can blow it up by pressing a button. The controls aren't perfect, and it will explode upon contact with Kirby, but it is nonetheless a useful ability.
S Tier 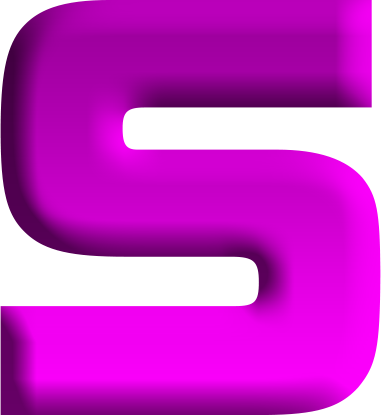 S Tier is for the best abilities in the game. These abilities have almost no flaws whatsoever, and they can be broken in some regards. This tier houses five abilities.
Number 5: Explosive Ninja Stars (Bomb+Cutter)
This ability can be obtained by combining Bomb with Cutter. You basically throw ninja stars that explode upon collision with an enemy. The only problem is that it's hard to aim.
Number 4: Fireworks (Fire+Bomb)
You can combine Fire and Bomb to get this ability. This ability is amazing combat wise, but you can only have three bursts at a time.
Number 3: Lightsaber (Spark+Cutter)
This is the coolest looking ability in the game, and you can get it with Spark and Cutter. You pull out a lightsaber and swing it to your desire. It is amazing combat-wise, and it can kill enemies by simply turning.
Number 2: Flaming Sword (Fire+Cutter)
This is basically Lightsaber, but you combine Cutter with Fire instead of Spark, and it has more attacks. However, not even the Flaming Sword can compare to the 1st place spot.
Number 1: Refrigerator (Ice+Spark)
When you think Kirby 64, this ability, which is obtained from combining Ice and Spark, is the first one that comes to mind. Not only does the food kill enemies, you can also use it to heal yourself. On top of that, you have an infinite amount of time in said form, which makes you invincible, and there is no limit on the food, so it's very broken.
You must log in or register to reply here.
Share:
Facebook Twitter Reddit Pinterest Tumblr WhatsApp Email Link
Top