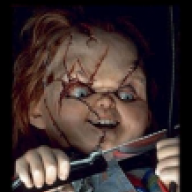 As some of you know I am in the process of writing a story that happens to be something I have been working on for a long time now. This thread will give everyone a preview of the story plot, the characters as well as show some of the renders that will be in the story too since I plan to get this published and am not only writing the story but also doing all of the artwork too. Not many authors also do their own artwork and since art is a passion of mine, I plan to have fun with this.

There are some historical facts mixed in with pure fantasy so if some facts are a bit off....don't worry about it since this is a pure fantasy story rather then a historical account of feudal japan.

There are both human and anthromorphic characters in this story which gives the story a lot of diversity in the various races that inhabit this fantasy world.

This story will not be just one book but it actually will be between 3 and 5 books total with about 300-400 pages per book and each book will have plenty of renders scattered through the many chapters to help give the reader a visual representation of the story in order to give a nice visual reference to what is going on.

The story takes place around spring of 1720 which is during the Tokugawa period and focuses on the main character of Setsu Megumi who is a 15yo samurai on a quest to find the murderers of her father who was a samurai of extraordinary skill and was respected and feared by many due to his skill not only as a warrior but also skill in diffusing potentially hostile situations without even drawing his blade.

The Tokugawa shogunate sends a group of samurai who murder him in his sleep due to his breaking with tradition and training his daughter (Setsu) fully to become a samurai which was heavily disliked by many samurai including the shogunate and the Daimyo who were in control of the other lands in japan.

Setsu after her father's murder goes on a quest to track down and exact revenge on those who took her father from her and starts off the quest with a fellow samurai from her own clan and mother figure (dubbed for now the fox girl) who brings her own young daughter along with them on the quest. They shortly after meet up with two rōnin who are also half sisters (first one is dubbed cheetah girl and the second is half cheetah and half snow leopard). The encounter with the first of the two ends in a fight between the fox girl and the cheetah girl who are evenly matched and the fight is considered a draw with both becoming close friends and the cheetah girl then joining Setsu on her quest. They meet up with the half sister shortly after in the town they are staying at and while that encounter also starts off with a fight it is quickly diffused with the half sister also joining Setsu's group.

They spend a lot of time at a abandoned dojo which was located by the group during their journey to nagasaki which was the first place they were going to look for information and clues to the wherabouts of the samurai who were hired to kill her father. Setsu having basic wood working skills works with her companions to repair the abandoned dojo and use it as not only their base of operations and home but also as their training ground too in order to improve one another's skills.

The quest will take Setsu about 3 1/2 years to complete after which she becomes a highly respected samurai much like her father and gains through training skills that are nearly on par with his own. Her companions remain with her since they become almost like a family due to their strong ties and help support one another and each will die to protect the others without thinking twice about it.

Below are several renders I have done that illustrate the characters as well as their world which does have a few historical places but that is where history stops and fantasy starts.

These renders are NOT in any specific order nor are they spoilers for the full story which is a very long one and these are just to give a general idea of how things are progressing so far.


Near final shot of the group.

Here is a shot of the small town where everyone comes together for the first time. You can see a castle in the background which is based off of the real castle that exists today in japan. This render is not finished due to a crash that prevented it from finishing. Also in this render the daughter of the fox girl sports a different hair style which was changed to the one in the render up above this one.


Here is a standalone final shot of Setsu Megumi whom I might add wears different styles of face paint during the course of the story. She wears it in remembrance of her father and never is seen without it.


The following just to be on the safe side I went ahead and censored it (even tho I hate censorship) as this is a full scene from the story when the girls are all relaxing at a hidden waterfall.


This next is also from the same scene as above but is one of the hilarious moments in the story in which the cheetah girl does something that really annoys the fox girl and she ends up getting shoved into the water far below in retaliation.

This render is a preview render and is NOT a finished render.

This render is another scene from the story and is when the fox girl and cheetah girl happen to have their fight at the start. This is a mostly finished scene but needs to have some edits due to a few issues with the model meshes as well as lighting.


This next one is just another view of the group from a garden path located near nagasaki
All fur is disabled in this render due to the time it takes to render it properly.


I will update this topic with new renders as I get time to make more.

Just did a new render....this is not directly a story render...but this is a scene for the story and the character here is just a 'for fun' modified version of my "fox girl" character who I redid the tail on and replaced it with 9 tails instead...basicly turned her into a kyuubi which was inspired heavily by teh 9 tail demon fox aka kurama from the naruto anime series. I did this render for fun and as a lighting exercise to show Red as we were talking about my rendering techniques for a short while and I wanted to show him.

I will post this here to share with all of you as well since this turned out quite well and I am very happy with it. There are some small errors in teh scene since I didn't bother trying to get everything perfect as this was just a lighting exercise only and not meant to be used for anything....but I will admit that this will make a hell of a great wallpaper.