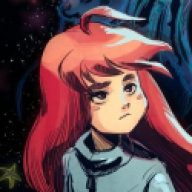 Currently, the Mario Wiki has a page for the MS-DOS. As was brought up by pwwnd123 (yes, I know, it's pwwnd) in the Discord, this gives validity to articles such as a "Windows" article, which other members (including me) did not think was needed. I wrote up a comment in the talk page of the article asking whether or not the DOS article was necessary, and LGM said it would be better served as a category since the MS-DOS article doesn't really list any Nintendo-relevant information except for the Games section. It wouldn't take much to simply turn the Games section into a "List of Mario games released for the MS-DOS", same with "List of Mario games released for Windows", etc., and this would probably be a lot more useful to a peruser of the Wiki.

So that's what I proposed here. (Talk:MS-DOS#Article_to_category_proposal)