Gamble For Death (LOOKING FOR PEOPLE) 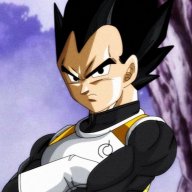 Want to play the Gamble of Death? Well, I guess you can. Here is the basic concept of the game.


In 2768, if you are a prisoner, there are 5 randomly chosen prisoners chosen to compete in a game called Gamble for Death. Basically, the Overpowered, the highest division in the game, also known as me, is the host of every single one. I travel from city to city with a prison to play the dangerous game with the prisoners. Here, the earth has exploded and we now live on the moon, where there is no such thing as states and countries anymore, only cities. This is approved by the government since they only choose the prisoners who have done some of the worst and are in prison for life. For example, murder. Anyway, they put cards of all those people, and 5 are randomly chosen. The 5 who are chosen get put in a dimly lit room where all the high divisions who run the game are. Then, each one tells of their crime(s) and get a certain punishment of what they have done. The worst has to have his index finger cut off and has to stand on one foot for the whole thing. The second worst has the words "LOLOLOL" written with venom that stays there and digs into their skin. But if they survive, they get the venom out. The third worst gets 400,000 paper cuts, the fourth worst gets 200,000 paper cuts, and the least worst has to get 500 paper cuts. After that happens, there are 2 rounds before the Gamble for Death round. Each one has a horrible punishment. Oh, and I forgot to mention that the least worst gets released, as they do not keep track of crimes and only listen to victim or people who watched the event unfold for what happened. In the first round, the person who gets randomly chosen has to do a simulated anime battle that really hurts when he gets hit, depending on the attack, and the person who randomly gets chosen in the second round has to get bit by 500 bullet ants, and of course, the third round. The Gamble of Death. Oh, and the randomly choosing is something done with a name chooser so it's fair.

Anyway, here are the divisions of power we are looking for. Also, you can name yourself, but, when every round ends for a prisoner, they have to change their names if they do another round.. No divisions like Supervisor will be replaced, just prisoners will.

There is also speech, so everyone has to speak. Now, get your divisions before they run out! Seriously!
lemon.