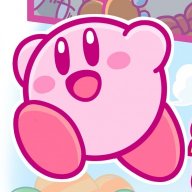 I didn't see this thread yet, and figured why not make it.


So far, this is my showcase

Maxwells Notebook
This is a randomness tool. It spawns any object with any adjectives if you hold and use it. It could be a normal K, it could be a Crazy Suspect Bear. This is great if you just wanna experiment!
AVATARS

From Bottom Left to Top Right- Future Neo, Super Neo, Storefront Neo, Fire Neo, Neo & Young Neo
So, OCs. Pretty much. I have some backstory, but then this thread would be moved to fan creations *ba dum tssh* (oh, and i'm okay with it being moved there). I MIGHT make them objects soon, complete with behavior.

"Carbosaur"
I like food. Well, pretty much everyone does. And i'm pretty sure a food monster would be cool. And this is that. Well, it could NOT be cool, but still. Anywho, he has backstory too. Aand he's already released

Phanto
yknow, the guy from Mario 2/USA? yeah, him. He's a WIP, as you can tell. He currently has no mouth, and attacks anything manmade, metal, or materials, all matching a key. But I can't seem to get him to ONLY attack keys, or people holding them. If i can't do that, I just need to add a mouth.
I unfortunately don't have the steam of unlimited or any unmasked version yet. Sorry not sorry
Stores:
Unlimited Wii U: Eshop

Aand. Yeah. Exactly. So, if you have any creations, show em off and see what people think!