Sometimes when I log on, I see that some of my posts that I've posted earlier are missing. Is it caused by the forum engine?
B

By earlier, do you mean WAAAYYYY back or right now?

In the first case: Ghost Jam and Wayoshi did a "clean-up" of the forum, deleting ANY thread that was locked or old.

2: Either the engine crashed (As it did when we tried to update to Mediawiki 1.1 on the old forum) or you thought you posted the messages, but really didn't. It sometimes happen to me.
S

Posts that I post maybe a day earlier. And I did post them. Next day, they're gone.
S

Free Loader said:
Unless I'm just stupid, I don't think your the only one with such a problem, Smiddle.
Click to expand...

I think both things you said are true.

Well, if I'm not the only one, it will probably get easier to get a reason why it doesn't work, or fix it. 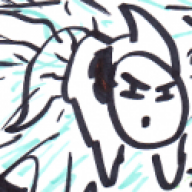 Blitzwing said:
In the first case: Ghost Jam and Wayoshi did a "clean-up" of the forum, deleting ANY thread that was locked or old.
Click to expand...

If a thread is locked, the posts will not be subtracted from your post total when the topic is deleted. The only exception to this rule was when threads were migrated to Mindless Junk, in which case the threads were intact, but the posts were removed from the count. We aren't sure why this happened, but there are theories.

What would help us figure this out: Every time you notice you have missing posts in your counts, check to see if your last few posts are still physically on the board.

Well, it seems to be over now for me. Seems.

The massive cleanup of Rudnicki threads recently are another reason of dissappearing posts.
Can you think of anything that talks, other than a person?

Halvin said:
The massive cleanup of Rudnicki threads recently are another reason of dissappearing posts.
Click to expand...

Yes, the cleanup of the Rudniciki threads is another reason.

Retired Wiki Staff
The Rudniki deletions shouldn't have that much of an impact, I'm thinking. While there are a lot of them (and still more that I haven't found yet), 95% of them have less than five posts. There were around three threads that had a few pages worth of posts, but most of that were people bitching, so nothing that wouldn't have been deleted anyway.

It's normally the same five or six people who post in Rudniki's spam threads. One of our rules clearly states to not post in spam threads, so anyone who does should not complain about any missing posts in the aftermath.