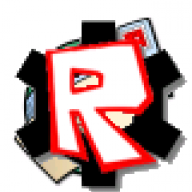 Peach has a party. Mario, Luigi, Toad, Toadsworth, Wario, Waluigi, Rosalina and Daisy show up. But Peach is the one whos late! As the whole team here You must find 5 clues around the castle. These clues are:

A Red strand of hair.
A clockwork handle.
Paintbrush with a key peice built in.
A multicoloured hair peice.
(Final Clue that can only be found by finding the other clues Which form a key)
A hole in the roof.

You keep the key.

Mario and Luigi run up to the hole and look out it. But a ball comes flying down! It hits Mario in the head. Then Lemmy Koopa jumps down on it as it bounces off his head!

To defeat him you have to attack his ball. After beating it up it flies into the air, Sending Lemmy with it. He's back on the airship, But hes KOd...

Bowser: MARIO! I should have known! He knocked out my son! Time for payback... BOWSER STYLE!
Iggy: Me next me next!
Bowser: Hey Morton! Go get em!

Mario and the crew have to head to BOWSERS CASTLE! It's the only access to the Airship! First you go through the Level 1-1 of NSMB. Then the SMB 1-1. Then Lost Levels 1-1, And finally SMB 1-2! Then You get confronted by the one and only...

He'll use his wand to teleport side to side, And strike you from the back. What to do is jump over them. Then itll turn into a tracking missile. jump behind Morton making it whack him! Now that hes been hit, He turns red and starts attacking you like mad! Turn to Toad. All the attacks will skim your head, not hurting you, But making them out of control and hit Morton. Now the final part, He turns... Green? The connection is Luigi! He will release meteors. Youve actually got to jump on a staircase made from them, Leading to Morton. Only Weegee time! Use high jumps onto the meteors, And whack Morton with Weegee hammer!

RudnickiMarioX06 said:
WTF! Nobody is smarter than me. I am genius and Mario expert extrodinaire!
Click to expand...

Rudnicki, Everybody IS smarter than you. And don't you know it.

Is this a game or a story?

RudnickiMarioX06 said:
WTF! Nobody is smarter than me. I am genius and Mario expert extrodinaire!
Click to expand...