Issue LXVI is out earlier than usual! Be sure to check our Mario Awards coverage and vote in the first-ever Awards Director Election! www.mariowiki.com/The_'Shroom:Issue_LXVI

The AC comments will be up soon. 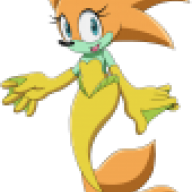 Thanks for using my question in this issue . I owe ya 1 .

Wow, landslide victory for me in the Main Team SOTM. I'd like to thank the academy.

As for Issue 66, it was pretty good as usual, nothing spectacular, but decent through and through.

First, the sub-teams. Fake News was awesome, and it's filling up nicely. I remember when we only had 4 or 5 writers on the team, and it was only half as long as Crocodile-Style Reviews. Koohitzu's interview in particular caught my attention, and also props to Chivi and Toadbert for putting out quality stuff again. Speaking of Dippy, his sub-team was probably the best of all of them, with Nubs, MG1, and MCD (who all could have carried the section just by themselves) being the perfect flanks to Dippy's absofuckinglutely outstanding main article. Fun Stuff and Music & Artwork were lackluster, but that's just because I'm not really interested in either of them in the first place, but Pipe Plaza was actually pretty cool this time around.

For the Main Team, I actually didn't think mine was the best for once. Tucayo's Retro Feature far outclassed me, when he brung back LEGENDARY writer 3Dejong. I've read his old articles before in the Archives, and I'm an absolute fan of him. To see him return (or at least see something he wrote years ago) was awesome. The others... well... PDI's ending was extremely annoying, with his endless "..."; MG1 was WAYYY too short, and probably could have done more to tell us who Baron Brrr was; and while Brawl Tactics was good, it couldn't hold my interest because I don't own Brawl.

I don't have time to write up anything very detailed, so I just want to say that the fanboy vote seems to count for a lot in some of these SOTMs.
Never! He will not:
Age cannot wither her, nor custom stale
Her infinite variety. Other women cloy
The appetites they feed, but she makes hungry
Where most she satisfies; for vilest things
Become themselves in her, that the holy priests
Bless her when she is riggish.​

The AC commentaries and LTQ's special section are now up. Both definitely worth reading.

This issue was really good, aside from a few little problems. I agree with Toad85 on PDI's ending being a bit annoying, and Marioguy could have extended his section a little bit. The Awards coverage was pretty nice, but I was expecting more guest sections from the event winners, so that disappointed me.

As for Sub-Teams, Critic Corner really needs more writers, so it'd be nice to see people signing up for its sections. Oh, and expect the Pipe Plaza to have one or two guest sections every issue. I decided to do that since nobody has signed up on my term yet.

P.S.: Also, thanks for your feedback, Toad85. It's nice to see some love for the Pipe Plaza.

This issue was really nothing special, like Toad said.

Milestones are up in the OP. Plenty of milestones this month!

20th sections for me. I would re-join, but I don't think I have the time to complete my section.