Oh, and BTW, check THIS out:


Code:
Does this mean Sonic moved to Earth and Sonic X was canon? Could Sonic & Co. Still live on Mobius to this day? I mean sure, we've seen the planet from space. But same goes to the Mushroom world. Both Sonic & Mario's home planets kinda look like earth. Plus, M&S was set on earth, in Bejing. How did they both get there? Could they not have just done olympics on their home planet? In SA2, THE MOON ASPLODE IN HALF. Sonic Heroes and Shadow the Hedgehog: FULL MOON. Could the moon have rotated so that we only see one side? I guess there are some things we'll never know.
Credit to Edofenrir for the middle image below. 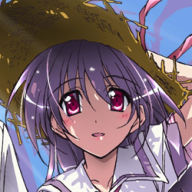 wut?
Credit to Edofenrir for the middle image below.