What do you think of your siblings?

And if you don't have any, would you like to have some?

My sister is actually pretty cool and is usually there for me to talk to unless she's working which is always. 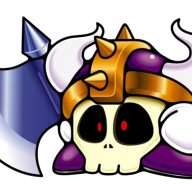 My conscience upgraded into psychic

Older Brother - Not Usually around, lives with his wife across town. Sometimes he will get me stuff though, which is cool. It's kind of Wierd to talk to him now though, since I don't see him much

Oldest Sister - Kind of a bitch. Constantly complained about everything I did, even when it was something small. She asks me to do stuff and I do it, because unlike here, I don't want to be a jackass on purpose. But she's been nicer now that she moved out with her boyfriend

Older Sister - She's always working Nowadays, saving up for University. She was nice a while ago, but shes starting to become the new bitchy sister. We'll watch movies together sometimes.
hi

I have a younger brother: sometimes he is a douche, calls me names, try's to upset me then pins the blame on me when I hit him. Plus he pretends to like games, music and tv shows just because he wants to be popular and is scared to say what he likes, which really annoys me as one day it will backfire on him. However, I love him really, he plays VG's, he is talented and I miss him whenever he goes to scout camp.

Older sister: she's alright, nice but sometimes annoying and mean. She is really short, shorter than me. She is on a plane coming back to Chicago from Spain

So am I the only one here without any siblings?

GreenDisaster said:
So am I the only one here without any siblings?
Click to expand...

No, I don't have any either.

I would like a younger sister or brother, but it'll be a few years and we'll have to adopt someone.
I thought I'd give you guys one last chance, maybe that was a mistake. It seems to me like I'm not welcome here anymore, or maybe I never was. There are other forums that are more welcoming than here, so I may as well just retire to them again. You guys may have thought I was back for good, but you blew that last chance. Goodbye, and maybe you might realize how much you hurt me. Maybe you meant it, but maybe you guys were blind all along.
M

Younger sister: We fight on occasions, but we generally get along more than most siblings.
MAGIK IS GONE

Chat Operator
Retired Wiki Staff
I have two siblings. Both are younger brothers.

Core 'Shroom Staff
Retired Wiki Staff
My older brother is my polar opposite he parties I don't, he drinks I don't, he's fat i'm skinny and so on.
I love my little brother more then anything in this world.
N

Well, I'm a triplet, which is pretty fun. They're good at times and bad at times.

The only major issue is how unlike me, with my 'I budge for no mans pleasure' policy, he is prepared to lie just to fit in, once he was on Skype with a friend, when his friend was there they started calling me names and hanging up on me, as soon as they all left my brother started being nicey nice to me. It drives me MAD.

Younger Sister :Can be a pain sometimes but is normally nice and plays Mario Kart or Mario and Sonic with me a lot.

Retired Wiki Staff
My siblings are just OK, but I'll be glad to get away from them once I'm old enough. I need my space.
Rest in peace, Walkazo. 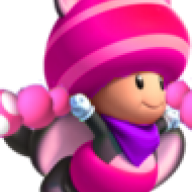 My brother and I share the same interests but what kind of siblings don't have fights? Propeller Toad is my brother. Retired Wiki Staff
My siblings are all dear people that I love in a unique way for each one of them, and I've certainly grown a lot as a person due to the struggles daily life with them provides, learning to look outside my own interests and find my joy in their joy. I see each one of them as a blessing upon my life.
Never! He will not:
Age cannot wither her, nor custom stale
Her infinite variety. Other women cloy
The appetites they feed, but she makes hungry
Where most she satisfies; for vilest things
Become themselves in her, that the holy priests
Bless her when she is riggish.​

Banned User
I love my siblings so much. My older sister is such a sweetheart. Well, she gets easily irritated.

My younger sister and I are pretty much opposites; she is more motivated to do well in things and has a job and has a loving boyfriend, blah blah blah. She also does extremely well in school. I'm a bit jealous of her at times. Also, she's hardly ever home because she's working or hanging out with her boyfriend/friends/etc. Oh and she's a lot prettier than I am too.

My younger brother and I have the same sense of humor, and we get along pretty well. We usually tease each other to no end. He's big on music and sports. He also taught himself to play the guitar, banjo, harmonica, and keyboard. He's pretty talented; and he's a goofball--he's always saying random things.

Banned User
Mine is somewhat inmature but she is fun.

I hate my brother sooooo much 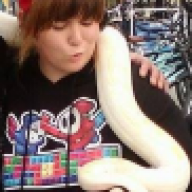 I only have one blood sibling, and that's Mason.

He's essentially me. We both use inductive reasoning for everything and we both have virtually the same sense of humor and videogame taste. I, however, tend to be on the serious side more often. People have even asked me, on many occasions, if we are twins before. (even though he's about 3 years older.)