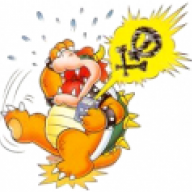 http://www.mariowiki.com/images/5/54/PITs.jpg
An idea I had for a webcomic based in the Mario universe. My squedule is unclear, but I'm thinking of pitching the idea to the 'Shroom. It's called "The PiTs:Life as a Plumber-in-Training." It revolves around teenage Jack, the young plumber bound to be a hero and his exploits in the anchovie district.

The artwork above shows the main characters (from left to right) Toader, Jack's goofy slacker friend, Brandy, the young ruler of the anchovie district, Herb, Jack's old friend and mentor, Jack, the young slacker destined to be a great hero whether he likes it or not, Iggy, Jack's mad genius archenemy, and Cackletta, who you'll learn about later. And lets not forget Beetles, Miles, and Joey (the buzzy beetle, the milde, and the ninji, respectively), Iggy's cowardly slack-off minions.

Want clarification? Have any questions or comments? Llet me knoww!