~Pidgit~ was playing Mario Party 5. All was well, until he got into a duel mini-game with Yoshi. The duel mini-game was ~Head Waiter~. Pidgit tried his best, but in the end, Yoshi won and got to keep all of Pidgit's money. Pidgit then got very upset and left to Flipside where he went to eat a ~Heart Pillar~.

crashed into a '''Electric Clown Fence'''. Then

I propose for the location going here.

I'll include a link, to make things easier.

was driving his kart, he got hit by a Smokescreen which makes him blind. He drove off-course, but because he was on Rainbow Road, he fell to somewhere random. Lakitu was on vacation, so he fell to Lavalava Island, directly to the summit of the volcano. Lava Piranha and his Lava Buds greeted him, but

was blind, so he walked around randomly. The Lava Buds tried their best to catch him, but they were too stupid. Just like the writer of this story (which is PaperStriker) because he doesn't include Alex. Because I have to, and I'm idealess, I'll just make him fall out of the skies. He gets eaten by Lava Piranha. Meanwhile,

falls down the mountain and will be blind till whenever I want to decide. End of story.
Why are you looking here anyway? My text is ^ 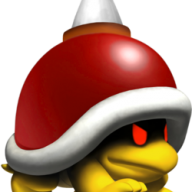 I hate stupid kids on the Internet. And IRL

I played (Luigi-Jack) with a (Big Bullet Bill) on (K Rool's Ship). Needless to say, it did not end well. 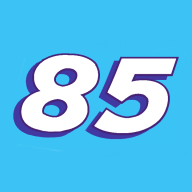 used to be here but peaced out

Someone please just tempban this guy until he learns not to bump everything.