What new worlds and summons would you like to see in a new Kingdom Hearts game?

Well seeing as how Disney owns Marvel Comics now, you can probably guess where I'm going with this.

Instead of saying a world from ____, I'll just say the movie.

Pocahontas
The Emperor's New Groove
Atlantis: The Lost Empire
Treasure Planet
Oakey Oaks (Chicken Little)
The Wild
Meet the Robinsons
Enchanted
The Princess and the Frog
Alice in Wonderland (2010)
James and the Giant Peach
Frankenweenie
Wreck-It Ralph
Who Framed Roger Rabbit
Ponyo
Mickey's Once Upon a Christmas (Well, they're making a world based off of Mickey, Donald, Goofy: The Three Musketeers, so why not?)
Mickey's Twice Upon a Christmas
Cinderella III: A Twist in Time (Sure they used the Cinderella universe already, but since they've never made a world based off Disney's direct-to-video sequels (Cinderella III being the only good one), why not?)
The Little Mermaid: Ariel's Beginning (same as above)
Leroy & Stitch (Same as above)
epic
R

I thought they didn't do Jungle Book, because of coughTarzancough.
I came with an idea where you can use some magic thing to experience things that already happened before in each world. So, we wouldn't need an Ariel's beginning world. Besides it's still in ATLANTICA. Also, for summons, I was wondering whether we could get Totoro or Yubaba or the awesome dragon that likes the girl in Spirited Away.

RandomGuy said:
I thought they didn't do Jungle Book, because of coughTarzancough.
Click to expand...

Actually, no. The only KH game that had the Tarzan universe was the first one. The Jungle Book was intended to appear in Birth By Sleep, but was scrapped. 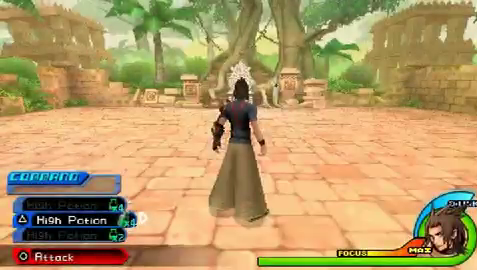 No, it was too similar to Tarzan in case of being sued or something, they scrapped it.
Also, monsters inc world would go with the theme.

Credits to Lily for the sig
M

All those UltraMario said.
A John Carter world
A Wall-E world

And since I'm still waiting for Mushroom Kingdom Hearts:

All those UltraMario said.
A John Carter world

And since I'm still waiting for Mushroom Kingdom Hearts:

No. Just no. That'd just ruin the whole point of the series being a Square Enix/Disney crossover. It was the John Carter part, wasn't it?