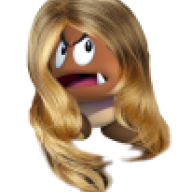 You heard it here, MPI/MPFS/MPD have officially moved to Mariowiki! I'm Peachy, and I'll be one of your hosts; the host of MPI! Dark Boo will host MPFS, and Topper1 hosts MPD. We, together, host quality Mario Party forum games for all to enjoy. We make these boards by ourselves (from scratch, unless it's a past board) We hope you join and participate in our games! A little confused how to play? Understandable! A basic explanation would be; MPI plays a lot like Mario Party 3's Battle Royale, MPFS plays a lot like Mario Party 6's Battle Royale, and MPD plays like Mario Party 3's Duel Boards. Of course though, there's added features to these games! They have some different stuff like Items/Bonus Stars/Etc, If you want to know how to play each game and learn EVEN MORE about it, here's the wiki links to each game;
http://mpimpfs.wikia.com/wiki/Mario_Party_Interactive
http://mpimpfs.wikia.com/wiki/Mario_Party_Forum_Style
http://mpimpfs.wikia.com/wiki/Mario_Party_Duel

If you're still confused, don't worry, we'll help you a long the way! No need to feel embarrassed. Each game has a different sign-up, so if you are going to sign-up for a specific game, make sure you are clear! And also post on who you want to be. You can be pretty much any character from any game, as long as a sprite/picture is available. Each time you sign-up for the first time, you get a Stamp Card, win MPI/MPFS/MPD and you get a Star Stamp. After Mario won on the board map, "Mario's Rainbow Castle", he decided to take the power of the stars and build his own night club! Mario's Rainbow Castle was a wonderful experience for our plumber, and the inspiration was definitely showing! The club's name would be... "Mario's Rainbow Club"!! With some help by Staryu, they made the coolest club this town has seen yet! Where all the people of the Mushroom Kingdom can just go to un-wine, drink juice, and have the best time ever! Bowser's not invited!! (or is he...) We'll see! The flooring outside is made from the best bricks possible, and the trees bask in the dark glow of the moon! So what are you waiting for!? Join in on the fun! Winning this board will give you... the Kindness Star Stamp! One day, Tails and Professor Gadd decided to team up and make a virtual game, using one of the Professor's virtual warping machines. The problem is, the professor's machine was old, and REALLY crappy, since the machine was built around 1781. They decided to test things out, and make a mini board map, sort of like a temple, but everything when berserk and the whole temple FLIPPED! The colors changed and things were so crazy, that a hyperspace appeared and SUCKED all the players in! Now, before you, is Hyperdimensional Temple. Look up in the sky, and you'll see stars, lumas, planets, and... Boos? Winning this board will give you... the Courage Star Stamp! Featuring... Topper's Mario Party Duels! In this round, we'll be playing on the legendary Arrowhead! The arrows will take you one way or another, be smart about which junction you take and maybe you'll become the superstar! Winning this board will give you... the Kindness Star Stamp!

I guess I'll sign up for Mario's Rainbow Club.

What character will you be? 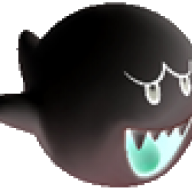 Hello, as you should know, my name is Dark Boo. I am the person who host Mario Party Forum Style or MPFS to be short. MPFS is a game where it's like Mario Party but with different twists and turns. The mini-games are like MP1 where you lose coins for losing the mini-game (Not all mini-games) and some are interactive but most of this is explained in the wiki. So once again, my name is Dark Boo and PS I <3 chicken

Could I sign up for Mario's Rainbow Club as well? If so, the character I would be is Toad. I've never played this game before; however, I am willing to give it a go.

By the way, is there any specific schedule regarding when we play?

I'm about to come into a fair bit of free time. I'll give this a go.

Okay, so the Mario's Rainbow Club sign-up sheet has been filled.

I'll take Toadette with the Hyperdimetional Table.
Click to expand...

Added you with your corresponding character spaces

I'm in, sign me up for Hyperdimesional Tmeple. Yoshi Please.
Rest in Peace Walkazo, forever will be missed

Hyperdimensional Temple, if you may. I'd like to be Dry Bones.


Michelangelo said:
By the way, is there any specific schedule regarding when we play?
Click to expand...

Wait, what does the Jigglypuff space on the Rainbow board mean? I'm Topper1, the host of Mario Party Duel. I am new to the group so my games will start off simple.
Currently the game will be the exact same as MP3, but with a few extra partners that can be used.
Unlike MPI and MPFS, players will take it in turns to make their move. If your move involves no decision making required (like moving one space forward) then your move will be made straight away and move on. The majority of minigames are interactive.

The wiki is currently being updated. Check it out for more info (link in first post)!
TOPPER1

Yes, thank you. You are added with your spaces


Captain Viridian said:
Hyperdimensional Temple, if you may. I'd like to be Dry Bones.
Click to expand...

Yes, thank you. You are added with your spaces

Can I sign up for Hyperdimensional temple as Boo?
G


ghostyTrickster said:
Wait, what does the Jigglypuff space on the Rainbow board mean?
Click to expand...

I skimmed the rules via the link in Peachy's first post and if you land on a Jigglypuff Space, you get to choose any space you want and you go there and the space's event starts.

Okay, I used Random.org and my dice block number is 6.

Yes you can, I'mma get the spaces done and the games will commence soon (I don't believe tomorrow b/c I have to go to work)
N

Hey Peachy can you put me on a reserve list for the next one? I don't really want to do a duel, and all that. Also, make my character Yoshi

Also Dark Boo, I'll join yours too, just whatever one finishes

Yoshidude is gone so you could replace him but I can't make the time.
Rest in Peace Walkazo, forever will be missed
N