Talk about any game show you want.

I like Wheel of Fortune, specifically when they spin the wheel. Now if only the players could actually solve the puzzles at the end of the show.

Are you Smarter Than A Fifth Grader is pretty good too.

I like Jeopardy and Wheel, but aside from shows like Survivor and Amazing Race that are more reality shows, I love Family Feud. Steve Harvey is awesome.

Does anyone remember a show on ABC called Duel? Mike Greenberg hosted it.

No. I meant near the end of the show, where only one of the three contestants is given a final puzzle to solve and if they do solve it, they win an additional prize, (more money or a new car). You know when they're given the letters R S T L N E and they get to choose 3 consenants and a vowel.

We have GameKings on local TV, but they're more about how fucking awesome it is to play an FPS game, while being completely drunk, high, and stoned, rather than taking a game seriously.

No. I meant near the end of the show, where only one of the three contestants are given a final puzzle to solve and if they do solve it, they win an additional prize, (more money or a new car). You know when they're given the letters R S T L N E and they get to choose 3 consenants and a vowel.
Click to expand...

I just remembered another game show I used to watch. Its called Fetch! With Ruff Ruffman. It was pretty unique for a game show considering the host was a cartoon dog. That might be the closest I'll get to a crossover between live action and animation.

Anyone remember The $100,000 Pyramid? My favorite part was the "Winner's Circle" where you had to guess a category with just hints. In other words: If the category was "Mario Powerups": Mushroom, Fire Flower, and you'd just name things in the category until they got it. http://www.youtube.com/watch?v=eEZkpwcETyA is what i'm talking about. Also, how did you guys get URL's in just words like "This" and such?

I'm pretty sure Fetch! is still running. I saw a promo for it today.

I like a lot of game shows, but Wheel of Fortune is my favorite. I'm pretty good at it, too, but my brother always dominates. We have the WOF game for Wii and the only time I win is when he spins Bankrupt or Lose a Turn too much. I really recommend the Wii game if you like the show. You can use your Mii, and if you have the seldom-used Wii Speak, you can even record what you want your Mii to say whenever something good or bad happens. There's no online, though, so that kinda sucks IMO. They have it for DS, too, heck pretty much every console except the 360.


ToadSoul64 said:
Now if only the players could actually solve the puzzles at the end of the show.
Click to expand...

Ugh. I know exactly what you mean. The other day, these guys couldn't get "web video" with _EB _IDE_. You know what bothers me the most? When a contestant knows one word in the bonus puzzle, such as "and," "the," or "I'm," but not the rest, and they pick letters in that word, which is exactly what the guy on tonight's show did. This is not a good strategy because then they only fill in the letters they were expecting, which doesn't help them get the rest of the puzzle.

Out of the other game shows, I like Price is Right a lot, too, but it's really not as entertaining as when Bob Barker was hosting. We get the stupidest players now, and the stupidest prices, because, according to my brother, the show has a new producer with no game show experience, and he loves to make the games and prizes really hard so people will lose. A $90 can opener, anyone? On today's show, one guy won NOTHING in the Plinko game. Didn't win any extra chips, and the one chip landed right in the 0 slot. He made it to the Showcase, but his opponent bid closer and won both showcases thanks to being really close.

However, I can't stand game shows where the audience claps for the player no matter how bad their answer or luck is, shows like Family Feud, Deal or No Deal (cancelled), 5th Grader (soon to be cancelled), and to a certain extent, Who Wants to be a Millionaire? What do you all think of its new format? I think it's interesting, but I really prefer the older format, plus nobody has made it to the million dollar question in what feels like years, even though the host always says "You're __ questions away from the million."

FOR THE LAST TIME, I AM NOT A PALETTE SWAP OF PEACH, OKAY?!
G

I never said Fetch! was over. I just implied that I hadn't watched it in a long time. 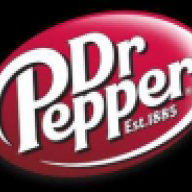 TPIR is the best! Thats The Price is Right for those of you not in the know

In my cruddy attempt to revive this forum, one of the funniest wins i've ever seen from Family Feud: http://www.youtube.com/watch?v=2xkD7GPvK1Y(.)
The way he just runs at the wall is hilarious, adding on the fact that game shows are EPIC or, are full of epic moments, like "101 Ways to Leave A Game Show" where the last level is literally, a CANNON FULL OF WATER PUSHING YOU OFF INTO A HUGE POOL, IF YOU GET THE ANSWER WRONG. that has to be an EPIC final round for a gameshow.

I have to say Family Feud is pretty funny.

For instance: Where would you hide? A TRUNK!

"A Name That Starts With the Letter K."

Contestant: "Kentucky Fried Chicken." Wheel of Fortune has a LOT of idiots. Solve this puzzle: SETTING -- BEACH CHAIRS. The contestant GUESSED AN
AYUF (F for those who don't know.) Here's the clip: http://www.youtube.com/watch?v=g5p_gFgx7SY Read the description to find out what the contestant missed on, also at the beginning of the clip, she landed on the "Jackpot" space.

I always used to watch Lingo, Family Feud, and Jeopardy in 3rd grade. I still watch them occasionally. Those are my favorite game shows.
Steam • Backloggery • PSN •

Jeopardy is amazing.
Also, does Wipeout count? I mean, it's not really a game per se, but it's a competition. Plus it's hilarious.

Bumping just because I think we need a game show thread.

Name a yellow fruit.
Orange!
(They're like the same color, right?)

Name something a blind man would use.
A sword!
(Did I hit anything?)

Name something Charlie Brown would do.
Snoopy!
(Good grief!)
MAGIK IS GONE

Retired Forum Mod
Jeopardy! and Who Wants to be a Millionaire? are pretty much a regular part of my evening routine. I'm kind of a trivia junkie.

"Something a burglar would not want to see when he breaks into a house."