I've decided to start a traveling Mafia game, and what better theme to do than a circus?
Just one thing to say:
1. Rather than confirming your PM in the game thread, please send me a PM back saying what your role and faction are to let me know you have your role.

And also the story.

Story:
For years the traveling circus had entertained masses of people, always having a good time. But one should never stay in the circus for too long unless they want to become psychotic. This is what happened to the veterans of the circus, and they have banded together to kill the newer members of the circus. During the day though, they mask their psychotic behavior to avoid being caught. In fact, they kept killing until INSERT NUMBER OF PLAYERS HERE were left. To survive the attacks, the circus performers soon decided to start a vote on who to lynch each day. But beware they should, for the veterans might be very convincing...

Players:
Note: I don't really have a limit or anything for this, so I'll take however many that sign up.

First!
you fine people should hit me up on steam or something
S

What happened to Time Mafia?

Villain said:
What happened to Time Mafia?
Click to expand...

I forgot about that one...
I don't know really what to do about it now though.
Donkey Kong 64 3DS: My biggest hope in the world.

Do whichever is better.
W

NOT FIRST! I need to change my name back soon. 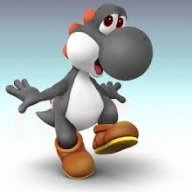 Shamelessly bumping this for more attention.
Donkey Kong 64 3DS: My biggest hope in the world.
M 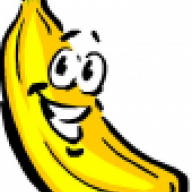 Banned User
HELLO! I signed up just to join these games. I love Mafia. I'll sign up.

Banned User
And are there any other games I can sign up for?
R

Late, but check the queue if you want to see.
Donkey Kong 64 3DS: My biggest hope in the world.

Check the Pinned schedule topic for all current and waiting and expecting sign-ups mafia games.
M