HERE IS THE NEW GAME THREAD!

1. This game will be played in real time, in twenty-four hour increments. Day is the period of time where players vote and send in special power lists. Execution occurs as soon as Day ends, and it is then that whatever player has the majority of the votes on them (if there is one) is executed. Night occurs immediately after execution. Night is the period of time in which evil teams attack players, and it is also when most special powers are activated. The Night phase directly follows the day phase. During the night phase, players use actions restricted to the Night phase only.

2. Day will end at 11 pm Eastern unless stated otherwise. Vote and send in messages to me before that time.

3. Every player is expected to vote on a player to execute at the end of that day. Post your votes on the game thread in the following format:

Once your vote is retracted, you may vote for another person, or you may revote the person you had originally. If you vote for someone else without first retracting your original vote, the second one will not count.

Once the time reaches 11 pm Eastern, votes are locked and may not be altered in any way. At midnight (or as soon as I can get to a computer), I will post the results for that day along with a themed version.

6. The Mafias don't need to quote their role PMs to each other. They will also be given Quicktopics to communicate.

7. Once a player is dead, they may not reveal any information about the game that was not known publicly before their death. No exceptions. Dead players must also keep their posts in the Lounge thread. Likewise, living players are not allowed to post in the Lounge thread until the end of the game.

8. Players may not impersonate the host or other players in any way. (This is due to the possibility of unfair extortion of information.)

9. When sending in a list, have it in the following format:

10. This game is based on lies and deceit. Please dont take it personally if someone lies to or tricks you in regards to the game. Remember that its all in good fun. In the same way, please be a good sport, and follow the rules.

11. Players are expected to participate in the game. If a player has not shown any activity for a couple of days, I may end up replacing or modkilling them. Inactive players can make the game less fun for everyone.

12. Failure to follow these rules may result in penalties or complete disqualification. Cheating will result in immediate removal from the game and a blacklisting for my future games.

13. Scripts are not meant to really reflect how a person acts normally on the forum, since it's just a story. (And a really lame one, really.) You should look out for clues in what people say; not so much in the style they are written. Furthermore, if someone finds something offensive in the story, bear in mind that it is just a story and does not reflect how people feel towards each other, or how I feel about members. Roles were chosen completely at random, so always keep this in mind. A friend you normally have on the forum may not be your friend in this game; in that same light, that person may just as likely be your friend. It depends on who received what role.

14. If you are on a side that is going to win the game at the end of a phase, don't announce it. People with killing roles can mess things up for you, and everyone will know your role then.

15. Dead players must keep their posts in the Lounge thread.

16. Dead players must keep their posts in the Lounge thread.

17. Dead players must keep their posts in the Lounge thread.

Please sticky this and the lounge!

Role got.
Lord of the Fighter Flies Signups

Got my role.
Donkey Kong 64 3DS: My biggest hope in the world.

Paper Mario RPG is a great game.
Can you think of anything that talks, other than a person?

Got my role.
N

got it
P.S. No opening story?
you fine people should hit me up on steam or something

I have obtained my role.


McDonalds Bros. said:
I have obtained my role.
Click to expand... 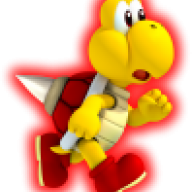 Paper Mario RPG is a great game.
Click to expand...

Let's get this started!

Yeah, I'm too impatient to wait for Day 1.

Nice starting vote!
you fine people should hit me up on steam or something

Votes won't count until game begins. Also, it appears Christmas will fall on a night phase. That phase will last 48 hours to allow people to send in all their lists.


Sharks Territory said:
Votes won't count until game begins. Also, it appears Christmas will fall on a night phase. That phase will last 48 hours to allow people to send in all their lists.
Click to expand...

Pssh, the scum won't even last until Christmas, book it!

I hereby move that my role be confirmed